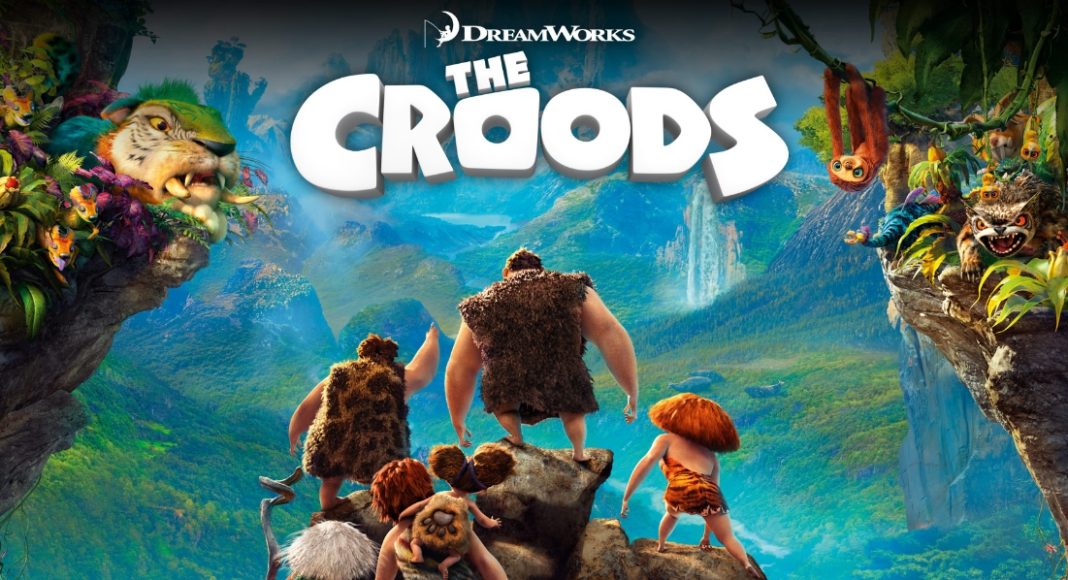 The Croods Blu-Ray Hits On October 1st With Belt Plush, Digital on Sept. 15

Mark your calendars, The Croods Blu-Ray is set to hit on October 1st, and if you thought there wouldn’t be snazzy marketing promos, you thought wrong. How about a nice plush with your film?

Somewhat less than we were hoping for back when we did our podcast review, The Croods is nevertheless a solid bit of family fare that has a lot going for it from the kid perspective.

It doesn’t look overloaded with bonuses, but at least it has a lot more kid-friendly ideas at work than most of the recent animated films.

Take a look at what’s coming your way, and don’t forget the date. 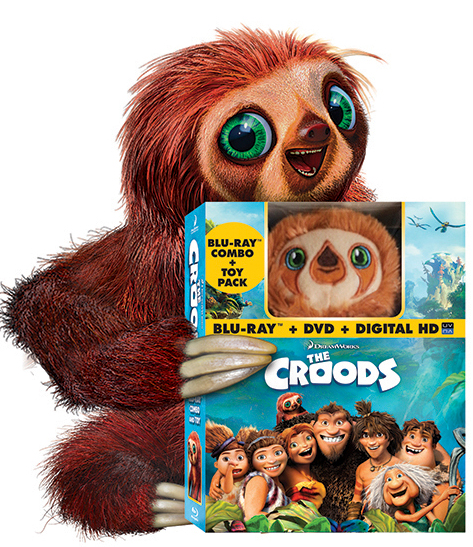 Blu-ray™ Deluxe Edition and DVD are Packed with Croodaceous Content!

Get THE CROODS on Digital HD™ Two Weeks Early!

Dun Dun Dahhh! Lauded by critics as “the first great animated film of 2013” (Pete Hammond, Movieline), Twentieth Century Fox Home Entertainment announces the blockbuster hit, DreamWorks Animation’s THE CROODS, will debut on Digital HD™ on September 15 and Blu-ray 3D™, Blu-ray™ and DVD on October 1. “An instant animated classic,” (Jake Hamilton, FOX-TV), THE CROODS promises to bring the whole family together “from 4 to 104” (Sam Rubin, KTLA), to delight in “stunning visuals, humor and heart,” (Jim Hill, Huffington Post) as the world’s first family embark on an unforgettable adventure. The Blu-ray™ and DVD are chock full of fun bonus material that will bring the vibrant, amazing world of THE CROODS home for the whole family to enjoy. The perfect treat for kids of all ages, THE CROODS Blu-ray™ and DVD comes with a lovable Belt plush toy for a limited time only.

Join the Croods on the journey of a lifetime in the epic comedy-adventure that “has the magical wonder of How To Train Your Dragon” – Jake Hamilton (Fox-TV). When their cave is destroyed, the Croods set out to explore a spectacular landscape filled with fantastic creatures, strange surprises…and a whole new world of adventure!

Written and directed by Chris Sanders (Lilo & Stitch) and Kirk DeMicco (Space Chimps), THE CROODS is “an Animated Avatar,” hails Bill Bregoli of CBS News and is the must-see animated film of the year! Fans of all ages will be cracking up for the adventure everyone loves. Led by an outstanding voice cast featuring Oscar®-winner* Nicholas Cage, Golden Globe®-nominee** Emma Stone, Ryan Reynolds and Oscar®-nominee*** Catherine Keener, the Croods invite your whole family to travel back in time and discover their world.

The purchase of the Blu-ray™ or DVD unlocks additional content on THE CROODS Coloring App, which allows children to color their favorite characters and scenes from the film, add text and voice to the story, and then share their storybook on their TVs at home. Also on the Blu-ray™, families can join Guy, Eep and Belt as they introduce the crazy “Croodaceous Creatures” – the striking and unique animals from the film – and much more. And for a limited time only, any purchase of the Blu-ray™ or DVD comes with a lovable Belt toy! Dun Dun Dahhh! Pre-order today!

The Croods Blu-ray + DVD + Digital Copy Deluxe Edition include a Belt plush toy for a limited time and more than an hour of bonus features:

● The Croodaceous Creatures of Croods! – Find out more about your favorite Croods creatures!

● Be An Artist! – Now you can draw Belt, Macawnivore and Mousephant

Though there are a few stumbles, NBC's Council of Dads has one of the best pilot episodes of television to come along...
Read more
Television