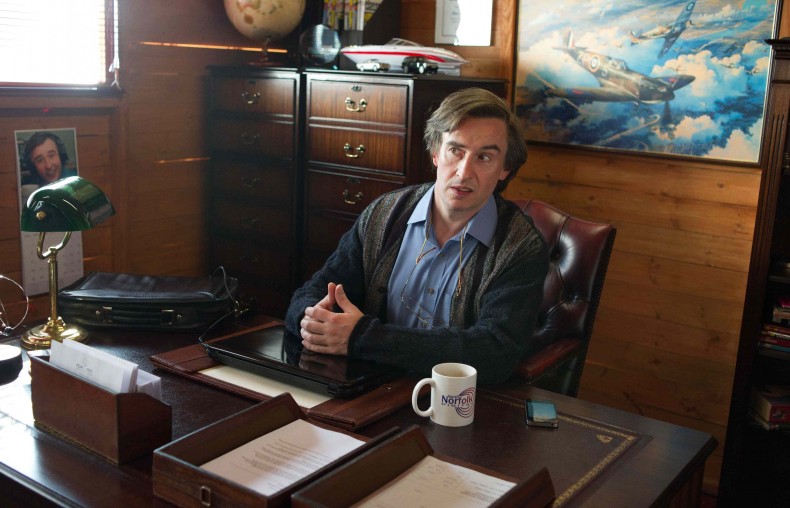 Magnolia Will Bring You Alan Partridge In 2014

If you need to know more about Alan Partridge than just the names Steve Coogan, and the insufferably under-appreciated Colm Meaney, well, I suppose I could offer up the fact that the film is a hit in the UK. Actually, I suppose if the first part didn’t work, the second isn’t any more likely to sway you.

Nevertheless, Magnolia is bringing you the movie, and you should thank them for doing it.

The Wagner/Cuban Company’s Magnolia Pictures announced today that they have acquired North American rights to ALAN PARTRIDGE, a new comedy starring Steve Coogan as the titular Alan Patrtridge, a beloved cult character he created over twenty years ago. The film is a hit in the UK, where it was released on August 7th, and it will have its North American premiere at the 2013 New York Film Festival next month.

ALAN PARTRIDGE finds Alan at the center of a siege, when a disgruntled fellow DJ (Colm Meaney) decides to hold their station hostage after learning that he’s getting sacked by the new management. While the film is a cinematic gift to longtime fans of Coogan’s seminal character, its accessible humor will equally resonate with American audiences who instead know Coogan through his singular comedic voice in such films as The Trip and 24 Hour Party People.

Magnolia is eyeing a release in early 2014.

“As big fans of Steve Coogan and the talented crew at Baby Cow, we are very excited to be working on this incredibly funny film,” said Magnolia President Eamonn Bowles. “I only had a passing knowledge of the Alan Partridge character, but even as a neophyte, I found it to be an instant comedy classic. We’re confident that longtime Alan fans and newcomers alike will love this film.”

Said Producer Kevin Loader, “Steve Coogan and all of us are thrilled to be working with the excellent team at Magnolia to introduce North American cinema-goers to the complex character that is Alan Partridge. That they find the film hilarious is a great start.”