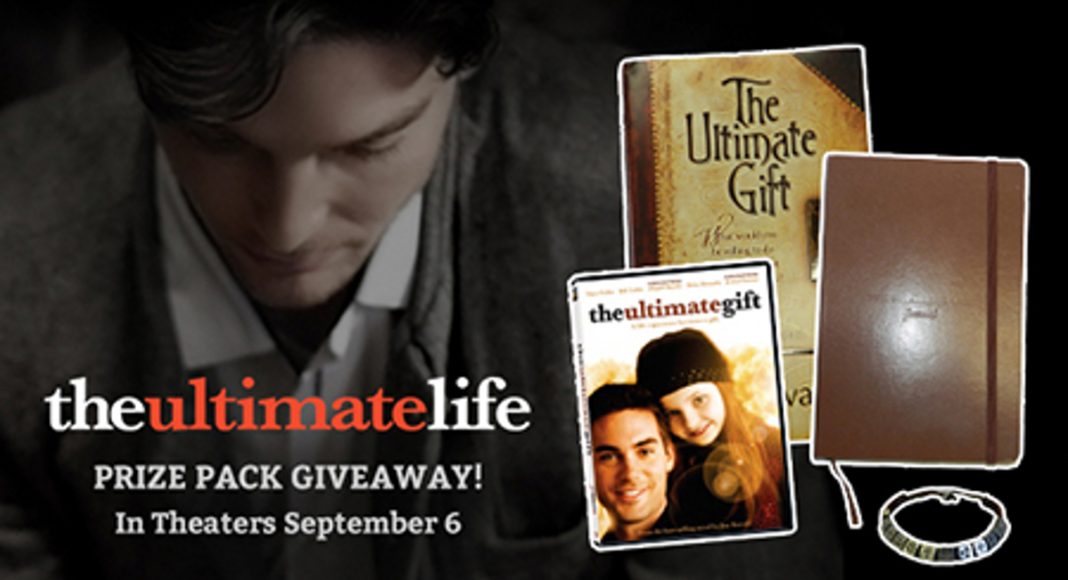 From director Michael Landon Jr., The Ultimate Life is the sequel to The Ultimate Gift, and I have a giveaway to get your ready for the September 6th theatrical release. Jason Stevens feels like his life is coming apart, but walking alongside his grandfather (by way of the diary he finds) makes him take stock, and wonder if he can manage the ultimate life.

Take a look at the trailer below, as well as the cool embed that will give you a quiz and some other treats, then enter to win your very own prize pack. 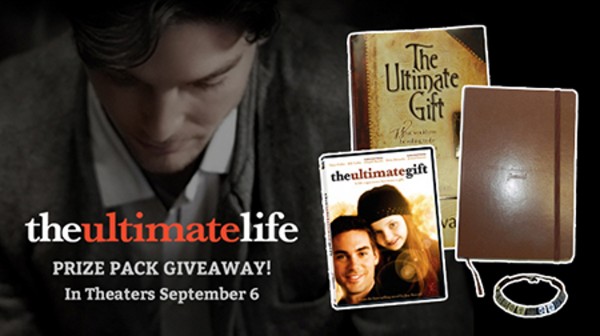 Are you living THE ULTIMATE LIFE?

Between the pressure of running a foundation started by his late grandfather, being sued by his greedy extended family, and seeing his beloved Alexia leave on an extended mission trip to Haiti, Jason Stevens’ world is unraveling. But when Jason discovers a journal that his grandfather began as a Depression-era lad, his writings transport Jason on an incredible rags-to-riches ride. With everything he loves hanging in the balance, Jason hopes he can discover THE ULTIMATE LIFE.

Opening in theaters September 6, THE ULTIMATE LIFE (the sequel to The Ultimate Gift) reminds us some things are worth more than money!