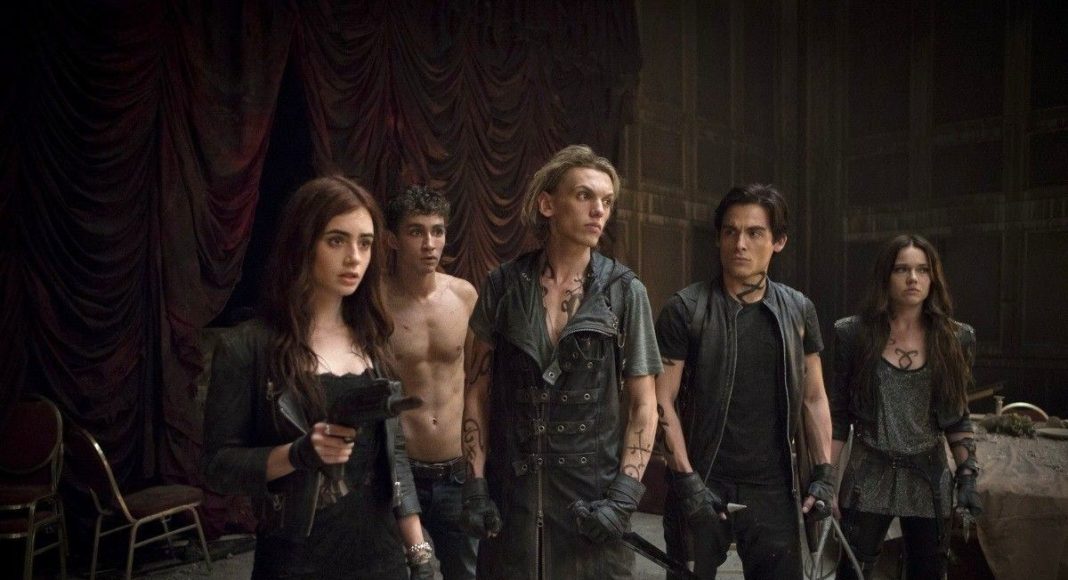 As the movie world opens its doors to more and more young adult adaptations, and finds that they are somewhat overpopulated with dystopias… and vampires, The Mortal Instruments: City of Bones tries to find its audience, and largely by playing against type wherever possible. It’s hard to sell that in the summary though.

Our story opens with Clary (Lily Collins) becoming exposed to the supernatural world she never knew she was a part of. Strange things start happening, especially the sudden appearance of a symbol that seems to follow Clary around, even to the point that she can’t stop drawing it. This leads us in to her mother, Jocelyn (Lena Headey), disappearing, and now Clary has only the mysterious Jace (Jamie Campbell Bower) to rely on if she wants to figure out what’s going on.

Unfortunately, she just watched Jace cut someone down in a club, and that makes for a snag on her trustworthiness meter. But, when magical crazy descends upon you, you probably have to follow the guy who seems magical. It turns out that we’re in a serious version of the supernatural here (as is becoming more and more commonplace) and it isn’t simply that some things are true, but to paraphrase someone in the film, all the stories you’ve ever heard are true. Vampires, werewolves, pretty much anything you’re after. Most importantly demons and our heroes du jour, the Shadowhunters, who are half-human/half-angel.

As you might expect, the Shadowhunters, a group that has kept the darkness at bay for centuries, is running out of members, and Clary’s mother was one of their ranks, until she left, taking a powerful artifact with her (the one that makes people Shadowhunters) in order to keep it from being used for evil. Naturally, our pair of teens… well, trio…, or quintet, depending on how you look at things, must save the world.

The adventure spans battles with vampires, demons, and the sort of subterfuge and revelation that makes it impossible to know who to trust. Of course, there are a few moments of moon eyes as well, and there’s even a love triangle that pushes us unavoidably toward thoughts of Team Edward vs. Team Jacob.

It’s as typical as you could hope for, and a summary that (minus the angels) might cover any number of movies with only the slightest adjustment, and yet something about this one wins out in the end. That’s a tricky position to defend, because not only is it difficult to suggest that any brilliant acting or storytelling depth awaits you, but you had to make it past the trailer in the first place.

But, it’s young adult, filled with those necessities, and there’s an honesty of purpose at play here that moves beyond the norm, which may strike many as horrible, children’s television put to paper, just to be then translated back to a screen.

Plus, it’s crazy as all hell.

Where recent contenders aim to provoke interest and emotion largely by showing that girls have an intense ability to stand there pouting, and the go to ability of supernatural creatures is to stick out their chests and say, “Oh yeah!”, Mortal Instruments works more on the Raymond Chandler theory of not letting too much time pass without someone busting through a door with guns blazing… or fangs, or whatever. It also has a heroine who – sure, often through gimmicky devices – spends a lot more time taking things on than swooning, or awaiting rescue. This to the extent that one of the movie’s flaws is her lack of reaction and response to what seems an unending parade of world-changing events. But, it’s not the worst flaw to have. 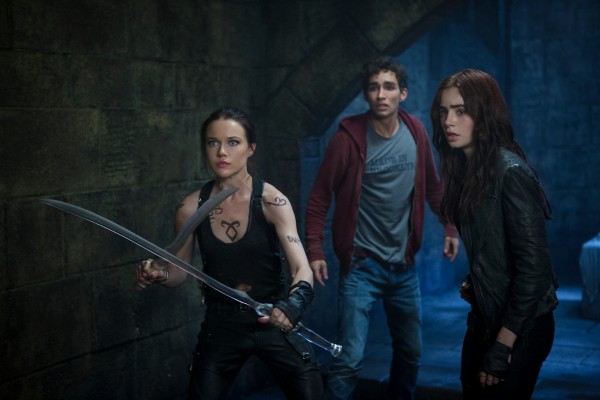 The pro or con here rests in the audience’s ability to consider this a movie with “goodness” as a possibility. If it is, director Harald Zwart gives it everything he has, and within the constraints of the original work, shoots for a movie that is fun and true to itself. Surprisingly (only because the genre itself has an inherent uphill climb), he mostly succeeds.

Zwart, who shot out of the gates with One Night at McCool’s and has since been unfortunately relegated to the realm of Agent Cody Banks and The Karate Kid, is nothing if not committed to making the best of whatever project he’s on. The film has a heart to it beyond the abilities of our main pair, and it isn’t just because our support (chiefly CCH Pounder, Jonathan Rhys-Meyers, and the always on Jared Harris) delivers.

It also manages a worthy amount of entertainment value because it tries for its feints within feints. They are, in some sense anyway, almost laughable as constructs, but at some point you’ve outsmarted a children’s book, and bully for you. It has its problems, mostly attributable to first-time screenwriter Jessica Postigo’s inability to create that which works well as a film’s arc, but they don’t matter all that much.

What matters is delivering on a theory, and having a good time. That, and the curious experience of being able to watch the thing at all. The film itself has an odd ability to be brave alongside its heroine, and it somehow manifests an idea of giving it your all, having the most fun you can while doing it, and worrying about if that amounts to anything later. As a young adult adventure, that works for me.