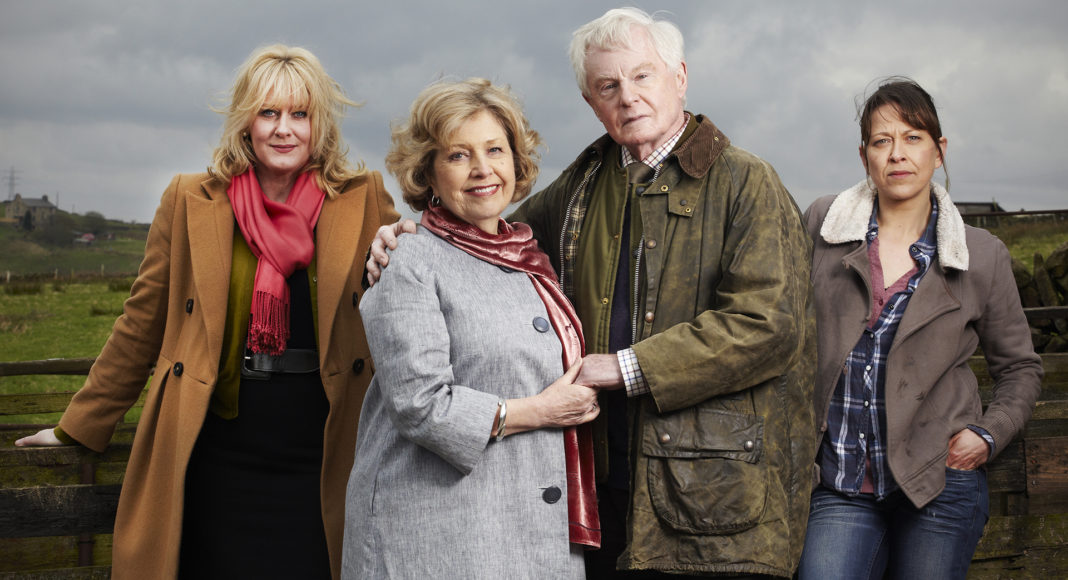 Beyond the snazzy title, Last Tango in Halifax doesn’t have a lot jumping out at you as reasons you have to make sure you watch it when it airs on PBS starting September 8th. You (probably) don’t know the faces, there are no car chases, murders, or anything else that makes for a great promo reel. In fact, it’s somewhat difficult to tell what it’s about. Two people hovering around 80-something meet up after 60 years, fall back in love, and… hilarity ensues, or something. Your guess is as good as anyone’s insofar as what that might mean. Plus, it’s British, and they have a different theory of what makes something interesting to watch. You know who you are.

What it has going for it is one of the most amazingly accurate, and brutally honest portraits of what it means to love someone that you will ever run into, and the oldest people on the show are just the beginning of the examination.

Of course, it does have esteemed veterans playing our aged love birds, Alan (Derek Jacobi) and Celia (Anne Reid), as well as a cast of notable stars with a combined resume that seems to include most everything from British television for the last twenty years – Nicola Walker, Sarah Lancashire, Tony Gardner – and I wouldn’t be surprised to hear any of them wonder aloud if they’re ever going to be this good again.

Through the magic of Facebook, Alan and Celia have “connected” after more years than most people have any ability to remember. Both of them were married for many decades, but both lost their spouses, and Alan, nervous as the schoolboy he was when he last knew her, is considering asking Celia if she wants to meet up for coffee.

Alan’s daughter, Gillian (Walker), for example, is having some trouble with her teen son, especially when it comes to his wanting to spend time with his uncle, who blames Gillian for his brother’s death. She’s also having a casual relationship she’d rather not have with someone half her age, who is not only engaged, but is known far and wide as more or less the town jackass.

Meanwhile, Celia’s daughter, Caroline (Lancashire), is in the middle of a separation when her husband, John (Gardner), suddenly shows back up wanting to return now that the woman he left Caroline for hasn’t turned out to be that fantastic. Celia’s sons are split on their view of dad and his return, but Caroline has news of her own that she doesn’t know what to do with now – she’s been having a relationship while John’s been gone.

Neither daughter is especially interested in taking time off from their own craziness to deal with the idea that they have a parent acting like an infatuated teen, especially when they start dropping words like, “marriage.” 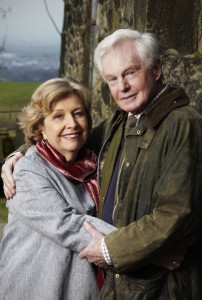 As we move through all the complications of new relationships, and trying to figure out what it really means to know someone, every action produces tentacles that reach out to everyone else. We find secrets around every corner, and no one seems to have any idea what they have, what they’re after, or where they’re going… except two really old people.

From veteran television writer, Sally Wainwright, and based (at least in theory) on her own experiences, Last Tango in Halifax mixes abilities we’ve seen in her previous efforts (at Home with the Braithwaites stands out), but brings them out in ways that raise the bar for honest and realistic development.

At the furthest reaches of dramatic storytelling it actually becomes meaningless to pay attention to the plot, because there isn’t one, and that’s where we are here. Like life, there is only “some stuff that happens,” and if we look back over it, we might find that it “had something to say,” but that isn’t a plot. What happens in Last Tango is that a curious, and almost fantastic set of events conspire to force a group of mostly-connected people to look over at life as it stands in the corner waving its arms and shouting, “Over here. Look at me. Look at me.”

Whatever we may run into along the way – two people who haven’t seen each other in sixty years wondering if they can really say they know each other at all, a woman wondering what it can mean to know herself after decades of marriage, brushes with disaster that force us to confront potential loss of a loved one, or being pushed into the realization that you’ve really been treating someone like garbage for quite a while – it all simply comes together like the furious nonsense life is. Key to it all, perhaps, the surprise the characters deliver at their own actions and responses, and the constant uncertainty that seems to be everyone’s driving force.

By the end of the final episode (which airs October 13th on PBS) you’ll be a part of the family, and just like the people you’re watching, you won’t really know how you got there.

A product of the writing as much as the excellent turns by the stunning cast (Lancashire stands out, somewhat surprisingly, because she has the hardest work to do and nails every bit of it), this is probably the best, most engrossing effort I’ve run into in several years.