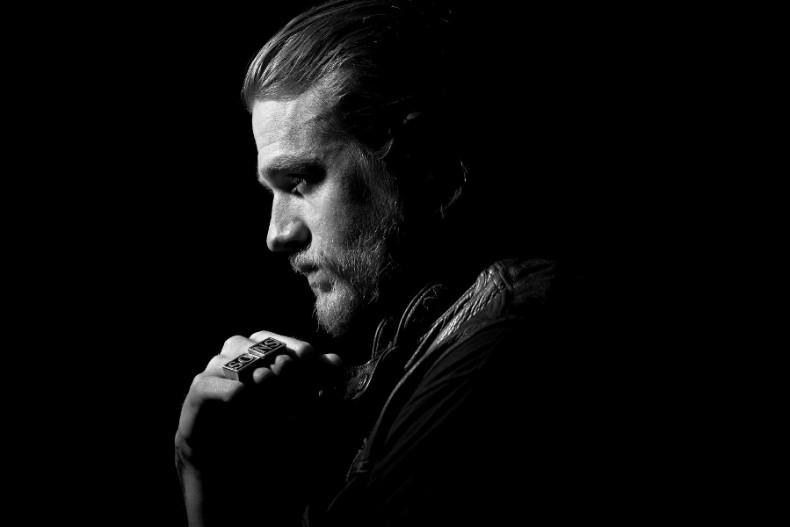 Sons of Anarchy Season 5 took things to a new level, and the series moved into a new realm of tortured confusion, and it was an unprecedented realm to begin with. The show, despite its unwavering popularity, has had its highs and lows, and it occasionally gets lost in its determined effort to bring home seasonal arc surprises. Nevertheless, it generally gets its feet back under it well, and the fifth season managed a few unbelievable moments that sent things in completely new directions.

Apart from losing big characters, adding Jimmy Smits in a large role, adding Donal Logue, coming up against new enemies, and throwing things with Clay into overdrive, the overall writing is vastly improved over previous seasons. It’s the kind of shift you don’t really expect from the fifth season of a show. Better and more relevant complexities don’t usually coincide with better writing, especially at this stage of the game.

With Jax serving as the new President, he finds himself surrounded by more than he can possibly contend with, and when the threats come from as much from within as without, he has a lot of balls to keep in the air.

As if it weren’t all enough, Tara gets mixed up some heavy trouble, and just when Jax thinks he has a way to bring everything together, the threads are unraveling so fast that nothing may save him, or the MC.

With the addition of Jimmy Smits and Donal Logue (his character becomes hilarious, insane, and completely unpredictable in season six), the cast as a whole moves into an almost unbelievable category. Already on the back of several seasons of critical acclaim, the entire crew runs with what they’re given here and works the tension brilliantly.

The season 5 Blu-Ray is pretty loaded, especially considering the norms of such releases, with some standard fare (like a gag reel and a few deleted scenes) mixed with some great commentary tracks and featurettes. Fans will love the featurette devoted to Opie, which actually delivers a lot of information, and is a crucial addition given the show’s absolutely baffling loss of the fan favorite.

There’s a nice bonus also in the Kurt Sutter featurette. I’m not sure it’s quite the treat it hopes to be, but fans of the show are sure to get something worthwhile as the show’s creator runs through his own take on making sure viewers never feel comfortable. If there’s one thing the show definitely has going for it, it’s the fact that you never know where the show will be after five more episodes, and this is a good look at how to balance the wild spins while, hopefully, avoiding alienating your audience.

The Blu-Ray edition also pushes the line on video quality that is actually too good, if you have a big enough TV. Those with large enough HD screens will know what I’m talking about, as everyone has to get used to the idea that suddenly a lot of television looks like it was filmed by a guy with an iPhone. I don’t know what it is, but you get quality that is good enough, and eventually you feel like you can see the set as though you were there during filming instead of watching something on television, and until you adjust it’s pretty distracting. This doesn’t always carry over to Blu-Ray, but it does here, and you soon discover that “feeling like you’re standing right next to the actors,” isn’t necessarily all it’s cracked up to be.

The audio is similarly sharp, and this release is definitely not one that skimped in any way.

The discs even have a pretty tricked out menu, which most people probably won’t appreciate as much as I do.

The only question about this release is how “rewatchable” you find this show. Easily one of the better packages to come along recently, this one has everything you could hope for, apart from the potentially dizzying concept of watching these episodes again. 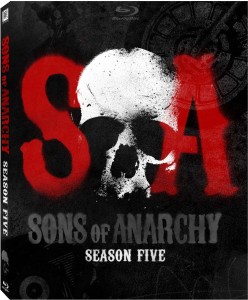 From creator Kurt Sutter comes the adrenaline-charged Sons of Anarchy, featuring extended episodes and kicking into high gear with its biggest, most explosive season ever! As SAMCRO’s new president, Jax is surrounded by ruthless enemies and gut-wrenching betrayal. With Gemma fighting for control of the family and a bloodthirsty Clay out for revenge, Jax finds himself haunted by the sins of his past. Alliances are forged, friends are murdered, and loyalties are put to the ultimate test. Now, with the truth in sight, Jax must do whatever it takes to secure the legacy of brotherhood and protect his family — even if it costs him everything.