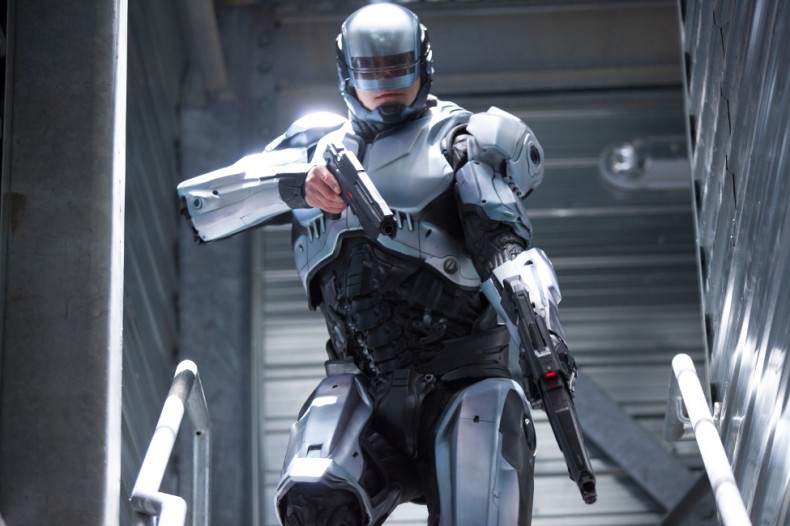 A lot of people were nervous when they heard RoboCop was making a return, as well they should be, but the new trailer makes it seem that maybe we have something more interesting going on than just rehashing a film that, let’s be honest, wasn’t that great in the first place.

There’s clearly more going on here than just a cyborg cop, and letting hilarity ensue. Playing around with ideas about free will, and can we trick you into thinking you have free will, and depending on your philosophic bent, are we all not just tricked into thinking we have free will, the trailer makes it look as though we’re messing around with some deep thoughts. Not to mention the whole “corporations taking people over and generally being nogoodniks… Boo” thing.

Take a look and let me know what you think.

In RoboCop, the year is 2028 and multinational conglomerate OmniCorp is at the center of robot technology. Overseas, their drones have been used by the military for years – and it’s meant billions for OmniCorp’s bottom line. Now OmniCorp wants to bring their controversial technology to the home front, and they see a golden opportunity to do it. When Alex Murphy (Joel Kinnaman) – a loving husband, father and good cop doing his best to stem the tide of crime and corruption in Detroit – is critically injured in the line of duty, OmniCorp sees their chance for a part-man, part-robot police officer. OmniCorp envisions a RoboCop in every city and even more billions for their shareholders, but they never counted on one thing: there is still a man inside the machine pursuing justice.