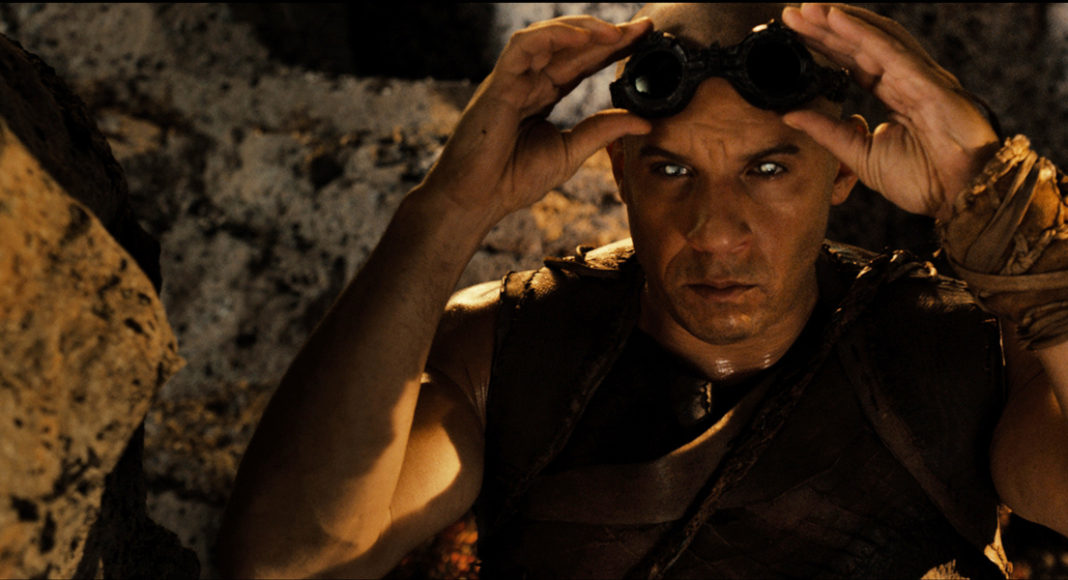 Our Riddick Review may seem like par for the course for us, because we ended up talking about a lot of things we liked, but rate it pretty low. As we’ve heard from you already, that’s a common theme, and I’m not sure why we end up with that spin, but I think in this case we wanted to be sure that we weren’t giving the impression that it is completely worthless. Not that it isn’t, necessarily, but we lean toward avoiding giving such views unless we are sure we really mean to.

It’s too bad, because I hoped this one would work out, just because of the backstory, and because I feel for Vin Diesel‘s love of this character, but this just isn’t the screenplay fans were hoping for from the franchise… I hope.

Not that it doesn’t stand up as a bit of fun, if you can throw enough expectation out the window, but some parts go very wrong, others are too pat and cliche, and the end takes a nosedive.

We especially had a bit of trouble with the machete-kicking, head-slicing moment, and we probably go on about it too long. And, much as disliking dogs is political suicide, I really didn’t love that we put it in at all.

But, we had a great time doing the show, and we manage to talk about a lot of other stuff, including Empire State and it’s creepy similarity to Pain & Gain.

Check us out below, and don’t miss the fantastic TouchCast (it doesn’t “work” like the TouchCast, but we’ve put the YouTube version below as well) we also put together for the really quick review, and be sure to rate, subscribe, share, and generally distribute and love us.

Don’t Forget! You can win every movie we review this year!