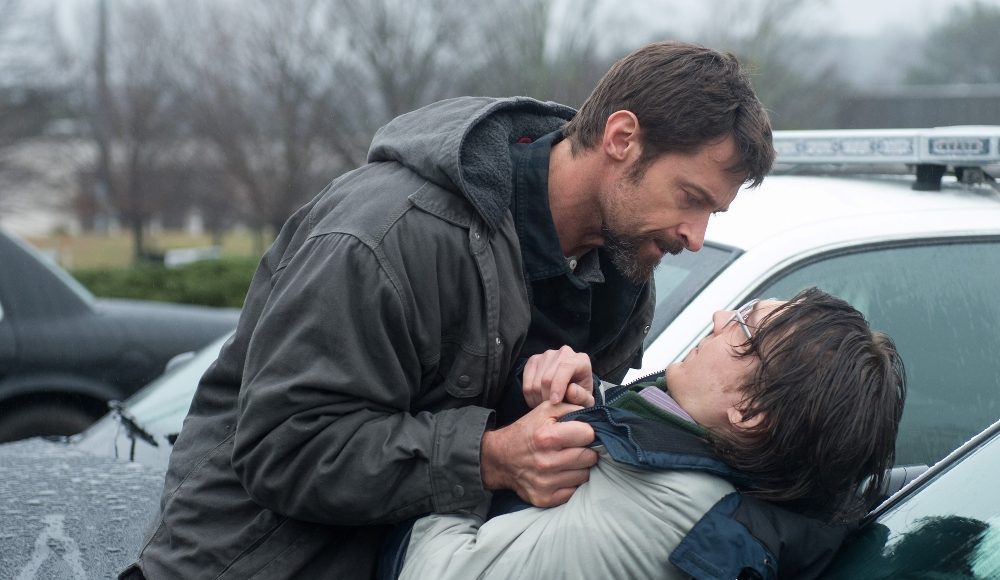 The almost outrageously intense, kidnapping thriller is hitting this week, and the Prisoners trailer doesn’t pull any punches.

With the possible exceptions of Jake Gyllenhaal (because he is still underrated) and Paul Dano (because not enough people know who he is), the cast of Prisoners should sell the film by itself. The word “Oscar®” follows this movie around like a bad penny.

Hugh Jackman and Terence Howard fill the pivotal roles of fathers whose daughters have been abducted. Gyllenhaal is the lead detective on the case, and Dano plays a suspect who is caught up in the thick of things, but is too mentally challenged to have orchestrated anything as complex as this case seems to be.

Rounding out the cast are Maria Bello, Viola Davis, and Melissa Leo, and if that weren’t enough, it’s directed by Denis Villeneuve, whose Incendies was nominated in the foreign language category.

As the extended Prisoners trailer below will show, this isn’t just a case of working out the crime, and finding the kidnapper. Jackman’s character wants answers, knows the clock is ticking, and he’s going to do something about it.

How far would you go, especially when it seems your hands are tied? Bringing the frustrations and emotions of countless headlines, and their resulting fears, to the surface, this is a film that looks as though it aims to push audiences as much as entertain them. Still, there are hints that things are not so simple as they seem, from a wide variety of angles, and the final smack the film delivers may well not be anything like what you expect.

Get this one on your calendar, check out the trailer, and let me know what you think.

Also, be sure to catch the podcast this weekend, as this will be the film we review.

How far would you go to protect your family? Keller Dover (Hugh Jackman) is facing every parent’s worst nightmare. His six-year-old daughter, Anna, is missing, together with her young friend, Joy, and as minutes turn to hours, panic sets in. The only lead is a dilapidated RV that had earlier been parked on their street. Heading the investigation, Detective Loki (Jake Gyllenhaal) arrests its driver, Alex Jones (Paul Dano), but a lack of evidence forces his release.

As the police pursue multiple leads and pressure mounts, knowing his child’s life is at stake the frantic Dover decides he has no choice but to take matters into his own hands. But just how far will this desperate father go to protect his family? Led by Jackman and Gyllenhaal, the dramatic thriller “Prisoners” features an all-star cast, including Maria Bello (“Beautiful Boy”) as Keller’s distraught wife, Grace; Oscar® nominees Terrence Howard (“Hustle & Flow”) and Viola Davis (“The Help,” “Doubt”) as Franklin and Nancy Birch, whose daughter Joy went missing with the Dovers’; Academy Award® winner Melissa Leo (“The Fighter”) as Alex Jones’ Aunt Holly; and Paul Dano (“Looper”) as Alex Jones.