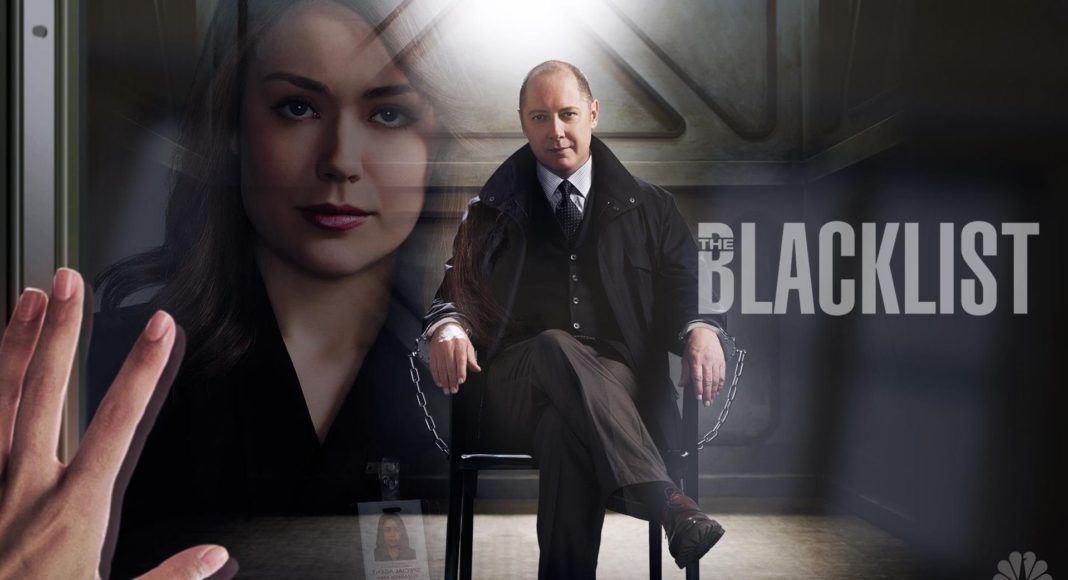 Already with more buzz behind it than just about anything hitting this fall, The Blacklist actually deserves the attention, and if things swing in the right direction over the next few episodes, this could easily become the most popular show on television.

I’ve obviously built in an out there, because, much as I am impressed with the pilot, this is a show that could go wrong, especially if the writers become too locked onto the gimmick, as opposed to tearing into the characters.

James Spader plays Raymond “Red” Reddington, a man who has spent a lot of his life on the FBI’s Most Wanted list, who suddenly shows up to turn himself in. He has a little something different in mind, and now wants to work with authorities to catch, as he says, the real bad guys. The ones that aren’t even on anyone’s list, except his own, because the FBI doesn’t even know about them.

He has a condition, and it isn’t immediately apparent that anyone cares what his conditions are, and that is that he will only speak with Elizabeth Keen (Megan Boone), an FBI profiler who has only just started as an agent.

Red kicks off his game by telling Liz about a terrorist that was believed to be dead, but actually just entered the country with nefarious plans already in action.

The keys to The Blacklist are in the authentic portrayal of Red, both as a result of interesting, beyond the norm writing, and Spader’s charming, direct portrayal. There’s a dance at play here, one that the show has to keep up, which is one of the potential downfalls, and following along is what moves the series. Red is clearly a genius, clearly up to something beyond the straight-forward idea of “going good,” and he has a unique point of view when it comes to relating to the investigative personnel of any group. After all, it seems he’s thinking, they would have never caught me, and I wasn’t really trying that hard.

There are couple of glitches throughout the pilot, but they are easy to overlook, and can be chalked up to the inherent establishment difficulties of any pilot. Boone isn’t quite spot on yet, which may well be a result of the angle she has to work from as we open things up, but gives the impression that she’ll get there. Beyond that, a certain stabbing scene is the brainchild of someone who isn’t clever enough to come up with something better, but it’s a small stumble that at least makes its point. But, like I said, this is a show that has the markers of something that could wander off the road pretty easily, and get lost in something akin to delusions of grandeur. There are similarities to certain shows that, after a dozen episodes, started believing they were the smartest things on Earth, and could do anything they wanted.

With anyone but Spader, I might wonder about this one, despite the fact that it would likely still be an interesting show. This is something designed perfectly for him, because nothing really matters apart from desperately wanting to know what Red is going to do next. Just as he managed with his character on Boston Legal, Spader is practically the definition of an actor who can embody a persona that is instantly fascinating, and wherever he turns up, he takes over.

Most importantly, The Blacklist has exactly the right mix of getting inside Red’s mind, exploring the world he has just removed himself from, and not knowing what the hell is going on. The questions are almost endless, and you aren’t even sure how to figure out which ones matter, or which ones will ever get answered. Why now? Why will he only speak to Liz? Why crawl out of the woodwork at all, when he was certainly doing just fine where he was? As the show goes on, how will he keep having/getting the necessary information to do anything about the people on his list?

The fact that you’re engrossed enough to wonder about anything is proof of the show’s solid writing, and in a dramatic format, no one on television right now is more watchable and entertaining than James Spader in this role.

Finally, something that will actually make you irritated that you have to wait until next week.

[toggles behavior=”toggle”]
[toggle title=”Official Synopsis and Info”]For decades, ex-government agent Raymond “Red” Reddington (James Spader, “The Office,” “Boston Legal”) has been one of the FBI’s Most Wanted fugitives. Brokering shadowy deals for criminals across the globe, Red was known by many as “The Concierge of Crime.”

Now, he’s mysteriously surrendered to the FBI with an explosive offer: He will help catch a long-thought-dead terrorist, Ranko Zamani, under the condition that he speaks only to Elizabeth “Liz” Keen (Megan Boone, “Law & Order: Los Angeles”), an FBI profiler fresh out of Quantico. For Liz, it’s going to be one hell of a first day on the job. What follows is a twisting series of events as the race to stop a terrorist begins.

What are Red’s true intentions? Why has he chosen Liz, a woman with whom he seemingly has no connection? Does Liz have secrets of her own? Zamani is only the first of many on a list that Red has compiled over the years: a “blacklist” of politicians, mobsters, spies and international terrorists. He will help catch them all… with the caveat that Liz continues to work as his partner. Red will teach Liz to think like a criminal and “see the bigger picture”… whether she wants to or not. Also starring are Diego Klattenhoff (“Homeland”), Harry Lennix (“Man of Steel”) and Ryan Eggold (“90210”). [/toggle]
[/toggles]