The Planes Blu-Ray has a release date, and you obviously want to get this one on your calendar, both because you know you want it, and because it’s smack dab in holiday buying season.

You may recall that during our Podcast review that covered Planes, I wasn’t all that favorable of it, but that was mostly because I was holding it to Pixar standards. I didn’t exactly dislike it, but you expect so much at this point that I hoped for more. Of course, the kids wanted nothing to do with my snooty, movie critic take on things, and loved it.

You might also recall that I wondered what direction they would take on the bonus features when this one came out, and it looks as though they are going a bit minimalist. A bad move, if you ask me, but it still looks like we have some fun in store for fans. I mentioned that this seemed to be the direction that a lot of animated movies were heading, which boggles my mind, but it seems we haven’t changed course all that much.

I’d love to know what you think though. First, did you love Planes, and are you going to be picking it up? Second, do you want more bonus features? Did they sway you either way? 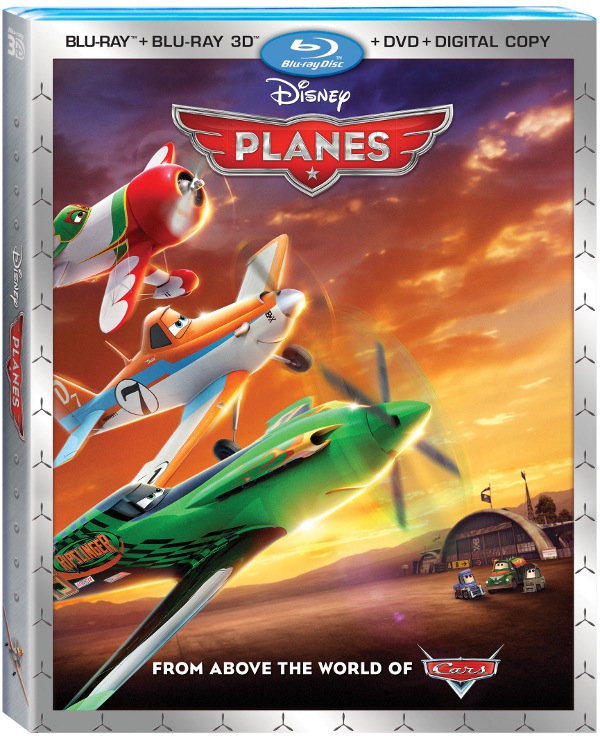 Guaranteeing hours of fun, “PLANES” is the perfect gift for “ladies and gentle-planes” of all ages this holiday season. After spreading its wings in theaters, PLANES Blu-ray soars to glorious new heights, featuring wondrous high definition picture and sound and never-before-seen bonus features, including musical number “Franz’s Song,” deleted scenes, a behind-the-scenes featurette that follows Director Klay Hall’s personal journey during the making of the film, a look at the ten greatest aviators in history hosted by ESPN’s Colin Cowherd, and more.

Directed by Klay Hall (“King of the Hill,” “The Simpsons”), produced by Traci Balthazor-Flynn (“Return to Never Land,” “Bambi II,” “The Little Mermaid: Ariel’s Beginning”) and written by Jeffrey M. Howard (“Tinker Bell,” “Tinker Bell and the Great Fairy Rescue”), “PLANES” flew to the top of the U.S. box office this summer, holding altitude as the #1 family movie in America four weekends in a row.

Follow Director Klay Hall’s personal journey during the making of “Planes” and discover why his family connection to aviation made “Planes” his perfect project. Fly along with Klay as he lands on a working aircraft carrier to get first-hand experience on the flight deck.