Foyle’s War Set 7 is a treat for fans of the long-running series, but a possible sour note as well, as our titular investigator actually moves outside the titular conflict. We not only move outside the setting of the show, but into a new world of Foyle’s efforts, and apparently a new theory of the character as well. Call it progress, I suppose, but some fans may find themselves in for a surprise when taking on this new Foyle.

What started out as a very interesting look at an investigator of unusual calm working in a backdrop of World War II outside the normal focus of the war, has now gone post-War, and sees our hero pressed into service with MI5. From not exactly police to not exactly spy, Foyle finds himself involved in ever more curious exploits which leaves us with little remaining familiar except the star and the title.

“The Eternity Ring,” finds Foyle (Michael Kitchen) returning from America, and landing straight in the sights of MI5, who naturally make him an offer it would be best not to refuse. Beyond the normal tack of such things, we’re all spies and Cold War now, and there’s an uncomfortable connection between Foyle and some people the government has had their eye on. 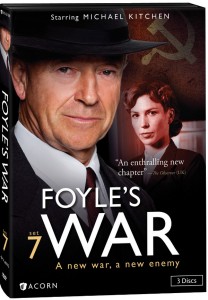 This leads us to “The Cage” and “The Sunflower,” which take us on equally post-War-esque “missions” involving the deaths of some Russian defectors, and a protection detail that runs along strange lines for Foyle.

The “episodes,” as people often think of them, work well enough, and are well-written, but there’s something less than Foyle about them somehow.

There is something to be said for the progression of character, especially when that character has existed for eons, but Foyle’s charm and undeniable attraction for audiences has always been his stoic, unapologetic, unflappable existence as a foil for the viewer’s own introduction to curious, even bewildering events.

That hasn’t changed completely, but this is a different Foyle, and adding that to the series’ main development as something of a peeling away of the curtain that was home life during World War II, and its obvious removal, and we don’t exactly find ourselves where we expected to be.

It’s the sort of thing that will clearly result in mixed reactions, with an equal number of fans enamored with the idea of throwing Foyle into entirely new circumstances, but there’s little doubt that we mix things around so much that it becomes hard to judge. For some, the differences may seem so great that it wouldn’t be too far a stretch to wonder why we didn’t just come up with a new character altogether.

All that said, it’s hard to argue with Michael Kitchen’s abilities, and even if we are thrown a bit as we enter this new realm, he still pulls us along, and you can’t help but let him lead you, wherever he may go. We also still get the same slow-burn, intoxicating development, although the situation may not always lend itself as well to that progression. 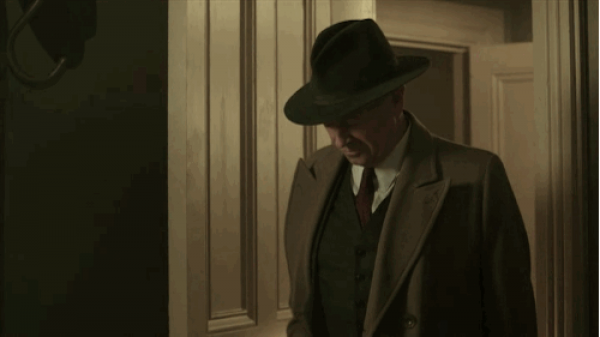 Possibly the greatest back-handed compliment the series can receive is that, differences aside, the show still manages the same level of tension and engagement, despite throwing us into plots that are not themselves as interesting or original.

The bonuses do add quite a bit of value here, and fans of the series are in for some special treats. There’s a six-minute recap (see below), as well as introductions to each episode by writer/creator Anthony Horowitz. These introductory pieces are usually throwaways that serve as bonus filler spots, but here they give interesting explanation of the evolution and thought behind the character and his new predicament.

You also get four featurettes that are the usual suspects, giving you behind-the-scenes looks at various aspects of the show. From the sets to the costumes, you get an inside look. They’re better than average quality, and there is more thought put into delivering an entertaining piece than you’re used to, but they are what they are. They are put together better, but the key here is that all the featurettes have fans in mind, as opposed to whipping together special features. You get detail, soundbites from the actors, and actual exploration of the series creation, where often you just get the bare bones of a few behind-the-scenes looks.

The video is solid, even to an extent a bit beyond what you might expect from something that is not quite a powerhouse series. The colors are sharp, and the darks and shadows hold up strongly.

Below catch a few videos, and be sure to enter to win your very own copy!

Called “Like a gift from the gods” (The New York Times) and “A triumph from start to finish” (The Wall Street Journal), FOYLE’S WAR returns this September with three new feature length mysteries available on television, streaming, and home video. One of PBS’s most popular and highly acclaimed programs, Foyle’s War premieres its new season on MASTERPIECE Mystery! on PBS on Sept. 15, 22 and 29. Acorn TV, the first British TV focused streaming service at www.Acorn.TV, will offer each new episode the day after it airs on PBS, as well as all previous episodes for catch-up viewing. Additionally, the new episodes debut on DVD and, for the first time, Blu-ray from Acorn on Sept. 24; featuring the complete U.K. broadcast edition and nearly two hours of bonus features, which includes a recap of Sets 1-6; 4 behind-the-scenes featurettes (86 min.); introductions by writer & creator Anthony Horowitz (15 min.), and more.

As the series returns, World War II is over, but the Cold War simmers in 1946 London. DCS Christopher Foyle (Michael Kitchen) has retired from police work when Britain’s secret intelligence service compels him to join its ranks. Reunited with his former colleague, newlywed Sam Wainwright (Honeysuckle Weeks), Foyle faces new—but no less deadly—threats in the world of spies and counterintelligence.