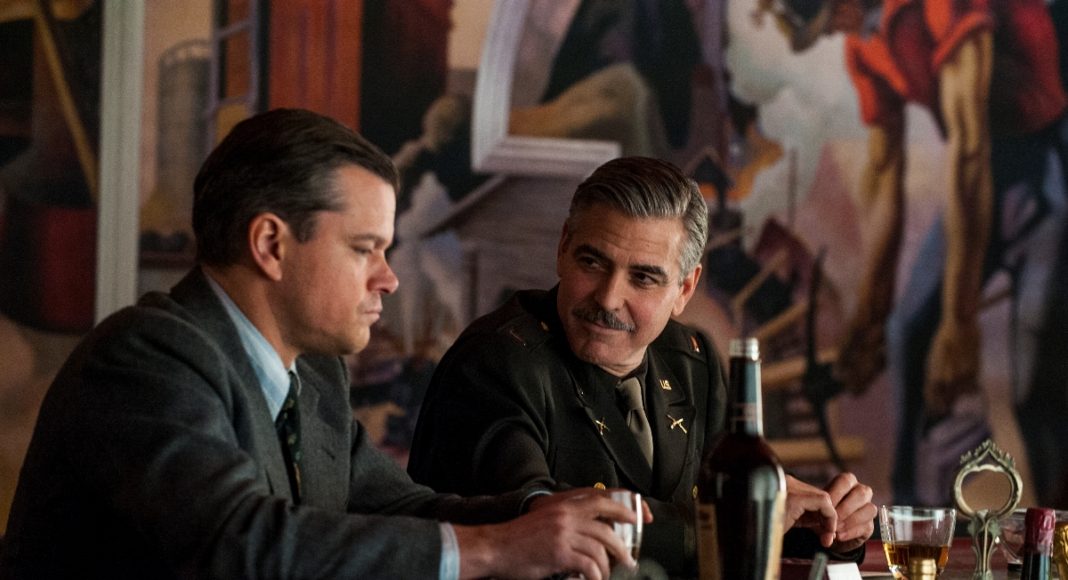 I suppose everyone has to have their war movie, and if you’re George Clooney, you can get a hell of a cast for The Monuments Men.

Hitting December 18th, this one is already getting a lot of award buzz, and if Clooney and the rest of the cast aren’t enough, you’ve also got a war movie that’s actually about an artistic cause, and that opens the door for scenes with Bill Murray and John Goodman struggling to get through an obstacle course. That’s just feel good gold.

For some, this is the first film in a while that billed itself as “based on a true story,” that didn’t cause you to roll your eyes, and this one isn’t just about the exploits of various art historians suddenly thrown into war, it’s about the fact that they needed to be in the first place.

This second trailer shows off a lot more of Matt Damon‘s character, and spells things out better. To be honest, it all looked a little too gimmicky the way the first trailer cut it together. Now we’re more serious. I especially like the, “Don’t interrupt me,” line, which demonstrates the strange dance that is actually going on with such a bizarre mission and crew.

What are your thoughts on this one?

Based on the true story of the greatest treasure hunt in history, The Monuments Men is an action drama focusing on an unlikely World War II platoon, tasked by FDR with going into Germany to rescue artistic masterpieces from Nazi thieves and returning them to their rightful owners. It would be an impossible mission: with the art trapped behind enemy lines, and with the German army under orders to destroy everything as the Reich fell, how could these guys – seven museum directors, curators, and art historians, all more familiar with Michelangelo than the M-1 – possibly hope to succeed? But as the Monuments Men, as they were called, found themselves in a race against time to avoid the destruction of 1000 years of culture, they would risk their lives to protect and defend mankind’s greatest achievements. From director George Clooney, the film stars George Clooney, Matt Damon, Bill Murray, John Goodman, Jean Dujardin, Bob Balaban, Hugh Bonneville, and Cate Blanchett. The screenplay is by George Clooney & Grant Heslov, based on the book by Robert M. Edsel with Bret Witter. Produced by Grant Heslov and George Clooney.

Based upon the Book : The Monuments Men by Robert M. Edsel with Bret Witter