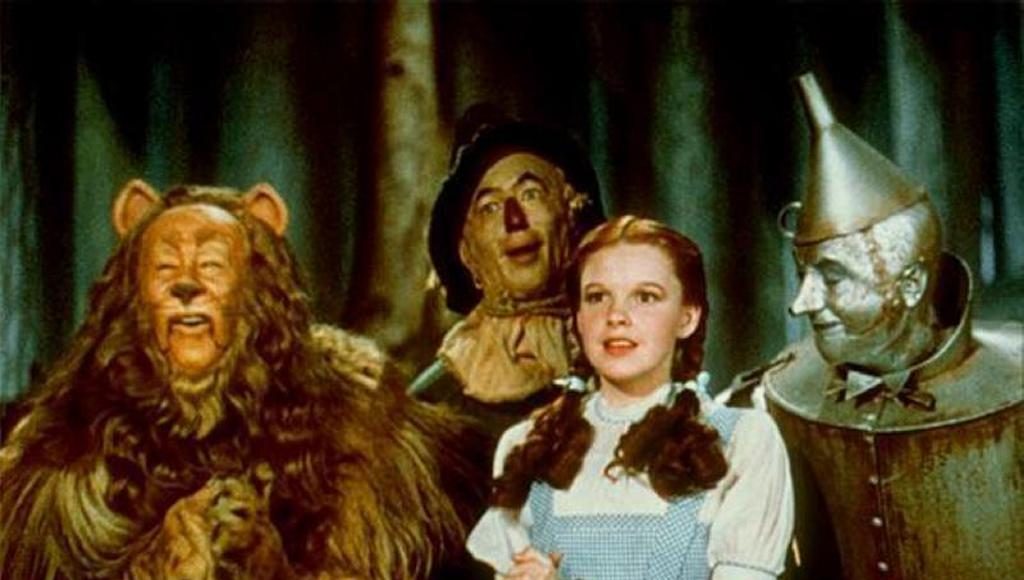 The Wizard of Oz is a film that needs no introduction (certainly not since the 70th Anniversary Edition), but the latest release is one that actually gives you a lot to talk about, mainly by way of the 3D aspect.

The hype was pretty impressive for the 3D release of the film in theaters, and if you have a 3D home option, this is probably a key film despite the lack of massive effects, but if you’re in the market at all, you also probably have a copy of this.

Of course, there is some additional bonus content (unless you’re getting the massive Collector’s Edition, and then you’re all set… reviews are unnecessary for you), and it’s actually very cool, but the majority of the special features are on that competing Blu-Ray you already own.

So, there are three big questions for the new Wizard of Oz Blu-Ray 3D. Video Quality, 3D, and Bonuses.

The video itself is hard to distinguish from the last Blu-Ray release of the film, but only because at some point a video is so good that making it better is, in my opinion, something beyond the realm of the human eye. The story goes that this is at least worked from a better scan of the original film, I assume partially for purposes of creating the 3D, but this scan has to ultimately be made into the resolution your TV and Blu-Ray can use (see how I pretend at all this tech stuff?), and the final product is certainly amazing, but doesn’t go beyond the previous Blu-Ray. 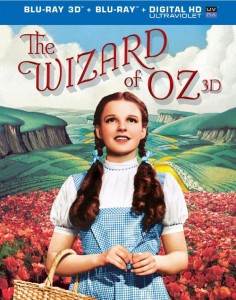 The 3D is surprisingly perfect, at least to my tastes. This is perhaps because the process involves creating a depth-map of each frame, and not trying to overwork the possibilities. As the film was never intended to be in 3D, there are none of the odd moments that normally accompany even the most straight-faced 3D films to enter the market today. It’s more of a pulling you into the depth experience than we’re used to, and that’s a good thing.

The most impressive aspect of the 3D here is the attention to angles, which sounds odd even to me. I don’t actually know how the process works, except that the word “rotoscope” is often thrown around, but there are several scenes (mostly with flying monkeys and/or wide panoramic views) that add to the 3D effect by virtue of the angles that you can see around the edges. It sucks you into the world, and it’s truly a version of the film that breathes new life into things, and creates a fresh experience.

As much as those with 3D systems want to show off the newest and noisiest, this is a film that will become your new go-to option for impressing people with the possibilities.

As for the bonus features, you’ve got a new documentary that runs about an hour, and it is just powerful enough to really get you gritting your teeth if you already purchased a Blu-Ray copy of the previous release. It’s a Making Of, and it provides great detail on how the film turned into such a problematic production, how it finally made it to theaters, and how it took over to become such an icon of the film world. It’s also very multi-faceted in its approach, offering interview footage from the stars alongside film historian accounts, and contributions from several big names in the overall game, including Leonard Maltin. With slightly more put into this, it would be worth a purchase on its own for any fan. 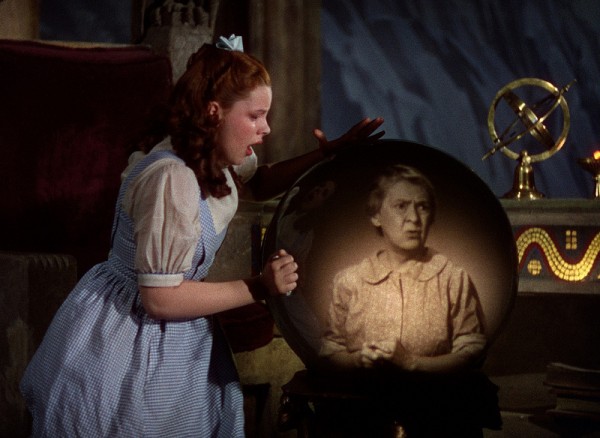 Put that all together, and you’re left with either the world’s easiest decision, or a pretty tricky one. Actually, if 3D is on the table, I think you have to pick this up. Still, those who have the Blu-Ray already may have to ask themselves how often they are really going to watch it, and how much the one additional feature is worth. As far as the rating goes, I feel compelled to take away a bit from the score on Bonus Features just as a point of principle for their only being one addition, even if it is a great one.

It is ultimately an unusually strong release, especially among titles that have several options, and if you’re in the market for the Collector’s Edition, you’ve got some great treats in store.

It’s your chance to see Dorothy and friends in a whole new way, and even if it isn’t a no-brainer for some, it’s the perfect gift. It should be in everyone’s collection, and if you can show this off, you’re going to want to… really to everyone who makes it to your home.

Below catch some clips, and more info from the press release, and enter to win your very own copy!

[toggles behavior=”toggle”]
[toggle title=”Press Release Info”]Marking the 75th anniversary of The Wizard of Oz, Warner Bros. has produced a 3D remastered version of the film which will launch a comprehensive, cross-divisional campaign encompassing theatrical, home entertainment, consumer products and a number of promotional partnerships. Kicking off the celebration, The Wizard of Oz 3D will be presented in the immersive IMAX® 3D format and return to the big screen for an exclusive one-week engagement in IMAX® theatres across North America beginning September 20, 2013.

“We couldn’t be happier to partner with IMAX® as we celebrate the 75th anniversary of this iconic film,” said Dan Fellman, President, Domestic Distribution, Warner Bros. Pictures. “The Wizard of Oz IMAX® 3D Experience is an integral part of our studio-wide anniversary initiative and we are excited to give fans the rare opportunity to see this stunning version on the big screen.” “The Wizard of Oz is one of the most beloved films of all time and we are thrilled that our longtime partners at Warner Bros. have made IMAX® a part of this exciting milestone event,” said Greg Foster, Chairman and President of IMAX® Entertainment. “This film revolutionized the use of color and special effects in cinema, and we’re excited to add another ‘first’ – bringing this timeless classic to moviegoers through the power of The IMAX 3D Experience® for the very first time.”

The IMAX® release The Wizard of Oz will be digitally re-mastered into the image and sound quality of The IMAX 3D Experience® with proprietary IMAX DMR® (Digital Re-mastering) technology. The crystal-clear images, coupled with IMAX®’s customized theatre geometry and powerful digital audio, create a unique environment that will make audiences feel as if they are in the movie. Following the IMAX® theatrical release, Warner Bros. Home Entertainment (WBHE) will release a limited and numbered The Wizard of Oz 75th Anniversary Collector’s Edition on October 1, 2013, featuring the 3D version of the film and more.

“Seventy-five years later, The Wizard of Oz continues its reign as a multi-generational favorite, with nearly 100 percent awareness among adults and more than 80 percent awareness among children,” said Jeff Baker, WBHE Executive Vice President and General Manager, Theatrical Catalog. “In this new 3D version, the film is bound to make history all over again—with both past and future fans.”

The Wizard of Oz 75th Anniversary Collector’s Edition will debut as a five-disc set that will include Blu-ray, Blu-ray 3D, DVD and UltraViolet versions of the film; a new documentary, The Making of The Wonderful Wizard of Oz; bonus features and premium collectibles ($105.43 SRP). Three more editions will be available separately: a two-disc 3D/Blu-ray ($35.99 SRP), a one-disc Blu-ray ($19.98 SRP) and a two-disc DVD ($16.95 SRP). All four will contain the new documentary and extra content.

SPECIAL FEATURES will include all previously released special features along with:

The 3D conversion was a long and complex project which Warner Bros. initiated with a very high resolution (8k) scanning of the original Technicolor camera negative. The restored 2D image was then transformed by creating a depth-map of each frame to construct 3D imagery and determine distances from the viewer’s vantage point. This was followed by the long process (with the use of a rotoscope) to further refine viewer distances and fully layer shapes and objects.