WIN A COPY OF SHREK THE MUSICAL

Now Available on Blu-ray and DVD! 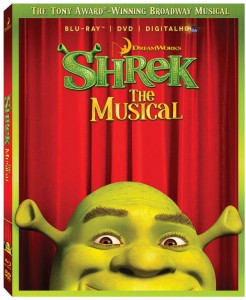 The greatest fairy tale never told comes to life as never before in DreamWorks’ Shrek The Musical, the highly acclaimed Broadway production based on the smash-hit movie. Shrek The Musical received eight 2009 Tony Award® nominations including Best Musical, winning Best Costume Design of a Musical (Tim Hatley) and received a Grammy Award® nomination for Best Musical Show Album. Fans can join in on the performance with sing along Shrek-tastic songs on the Deluxe Edition Blu-ray™ + DVD + Digital HD™ or single-disc DVD!

I’ve got two copies to up for grabs!

For your chance to win a copy of SHREK: THE MUSICAL on Blu-ray, DVD and Digital HD simply answer the following question:

Which character is Shrek’s best sidekick?