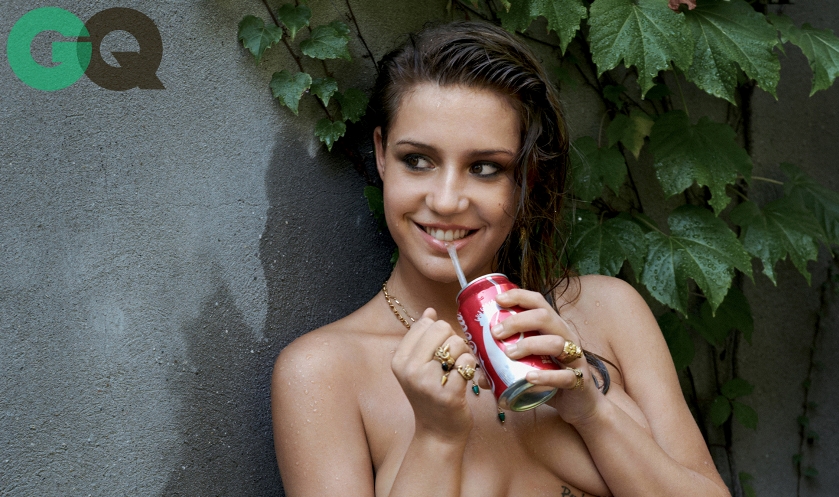 Adèle Exarchopoulos Of Blue Is The Warmest Color Bares All For GQ, Reads Duck Dynasty

Adèle Exarchopoulos is in the news from angle right now, and not just because Blue is the Warmest Color is hitting U.S. theaters. Most recently, director Abdellatif Kechiche has posted an open letter that keeps the drama moving, and everyone focused on the film.

Critics love the film, and it won the Palme d’Or, so it probably doesn’t need press at any cost, even if it probably isn’t the sort of effort that will have theaters holding the swarms at bay.

In lighter news, Adèle is in the November issue of GQ (on newsstands now), and she’s showing off sexiness in quite the varied number of channels. The photos certainly do their job (catch a couple below), and the interview, which gives the impression that the actress is getting tired of the same old questions over and over, has a certain flippantly sexy air about it as well.

[blockquote right=”pull-right” cite=”Adèle Exarchopoulos”]I know that everybody wants to ask me, ‘Do you really f*ck together?’ When you die in a movie, you don’t really die in life.[/blockquote]

But, in case you weren’t absolutely convinced, she proves that she can make anything sexy by reading lines from Duck Dynasty (well… in French, I mean, anything is sexy in French anyway, right?).

Read the rest interview and check out Adèle’s photo shoot at GQ.com