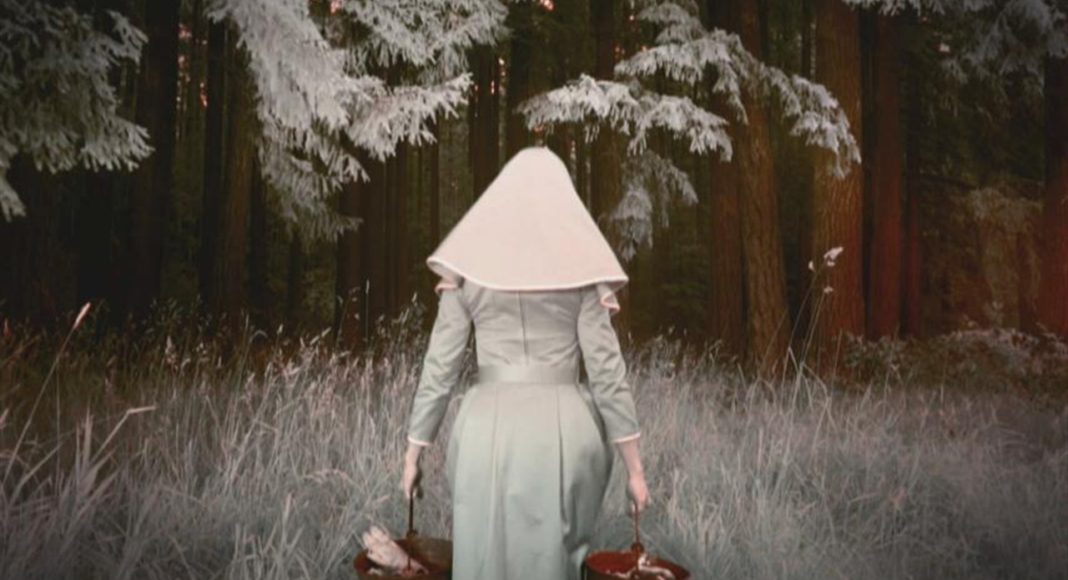 American Horror Story: Asylum threw people for something of a loop before it aired, and certainly stirred up the general populace once it did. An unusual spin for something that claims to be a series, each “season” has no connection to the last, apart from the return of some of the actors, AHS: Asylum nevertheless held its viewers and quickly moved the series as a whole into the forefront of the collective consciousness.

This trend continues with the latest installment, Coven, despite the fact that I think we might be going a little goofy.

The story kicks off in the ’60s with reporter Lana Winters (Sarah Paulson) getting inside Briarcliff asylum, hoping for a story. Like any good reporter, she isn’t honest about what she’s looking to report on, and her real goal is a chance to talk with Bloody Face, a serial killer who has recently been sentenced to the asylum. 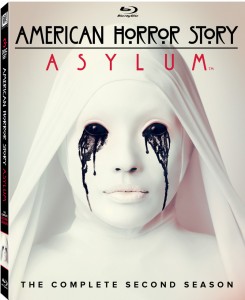 The place is run by the intensely strict Sister Jude (Jessica Lange), and Lana has to circumvent her authority by getting Sister Mary Eunice (Lily Rabe) to let her in. Naturally, given the title of the show, Lana has no idea what she’s really poking around in, but she’s going to find out very quickly.

Adding to the curious mix of people are Dr. Thredson (Zachary Quinto), and Dr. Arden (James Cromwell), who have their own bizarre reasons for residing at the asylum, including performing bizarre experiments on the inmates.

The show’s big sell comes in the form of twists and redirects that pile up so fast it becomes difficult to keep track of them. That’s a recipe for cliffhanger adventure, and when you put that in the frame of the seriously disturbing happenings at the asylum, you’re going to hook people.

That said, the series takes a bit of a step down from the first “season” in terms of its overall “Scooby Doo for adults who like to feel uncomfortable” quality, though not to the extent that Coven does (which dives off a cliff as opposed to a gradual decline). Most viewers won’t (and didn’t) care when it came to Asylum, because the other aspects of the show were so strong.

There may be moments, and there are, that feel like suddenly we’ve switched to watching an odd, B-movie, horror film, but the framework of character progression and development keep things anchored. The horror remains the gimmick, but the story is still there, and it is actually quite strong. The element of intrigue, which makes the show fun in a way that is hard to explain to your friends who haven’t seen it, sucks you into watching the characters, because they actually manage the complexity we’re after as viewers, they’re just really weird… or insane. 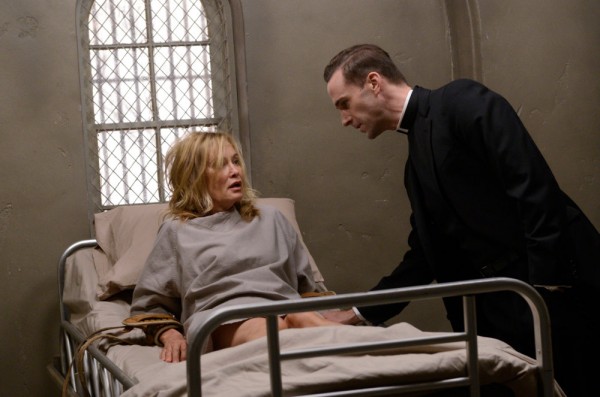 As much as the show’s creep factor has received a lot of attention, and is what pops to mind at the water cooler, even coupled with some interesting writing and wild twists, it doesn’t add up to something that is going to hang onto fans, or become the sort of phenomenon it has. The real trick here is the acting. Sure, you’ve seen creepy stuff before, and you’ve seen downright wacky plots that throw in things so crazy the writers want everything kept secret, because if you had a plot synopsis of the whole season it would sound so stupid no one would watch, but you haven’t seen Jessica Lange, James Cromwell, or Joseph Fiennes (along with many other fine actors) involved. What’s more, this isn’t just a quick paycheck, these people are doing outstanding work, even if it is under circumstances that make truly Shakespearean turns impossible.

It’s really this progression that creates the show’s addicting quality. Horror and twists aside, the show is something of a re-evaluation of the genius that has kept soap operas on the air since the beginning of television, because you never really know where the characters are going, and you can’t help but watch characters you think you know when thrown into outlandish situations. Once you invest in them, you’ve got to know what they will do. Now we throw in the element of not really wanting to know, because here’s a show that takes you back to peeking over the sheets you keep pulling over your head, and love it or not, you have an entertainment experience that can’t be missed.

The video quality is actually far better than it may seem to the casual viewer, and even though this isn’t the sort of thing that is going to become your Blu-Ray capability showpiece, you really want to opt for the quality here. One of the long under-appreciated heroes of Blu-Ray, and seriously high resolution in general, is the ability to clear up the fog that is shadowy darks and depth of field in lower light. We obviously have quite a bit of that here, and though little that happens in this show stands out to make you gasp at the incredible detail, the fact that you’re getting everything with clarity is amazing. If you know the show, a few scenes, and episodes, may spring to mind, because you have so much low light, or creepy shadows, and figures and actions happening in the background. When you have something that is basically a bit murky by design, you really want the best version of that you can get.

This isn’t a release that really overloads you on the bonus feature front, but fans have a few treats they will enjoy.

The deleted scenes are really of the throwaway variety here, and are clearly just thrown together with the mindset that any footage we didn’t use is therefore a deleted scene. These are not really things that change or add much, if anything, and don’t even give you an insight into details or directions that changed.

The best you’re going to get is a featurette, What is American Horror Story Asylum, which feels like just your basic behind-the-scenes effort (and runs around 20 minutes), but it’s full of interviews with cast and crew, and the main difference is that it’s asking a tricky question. I mean, really, what is it? That isn’t something to gloss over as might be the case with most shows. The theories and ideas we get are insightful and interesting, and we throw in a bit of watching things happen in true BTS format.

Welcome to Briarcliff Manor is exactly what you think it is, but with the added bonus that BTS on these sets is wild, and the production designer, set decorator, etc., actually have something interesting to tell you. It’s a fairly quick look, but you’re going to want to take this guided tour of the world these people created.

Beyond that you have to other quick features, The Creatures, and The Orderly. The Creatures is a pretty standard effects featurette, which is on par with similar features, though there is more craziness at play here, so there are interesting notes. The Orderly is a strange short film that follows an orderly around the asylum. A curious nugget to throw onto a curious show, and why not? It’s a bit of fun, though not exactly something that you’ll find a huge bonus to the value of your purchase.