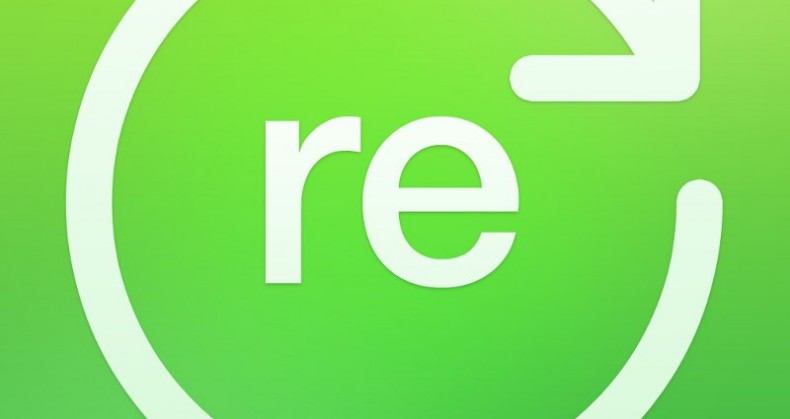 Recur, a “reverse To-Do List” App by the makers of Carrot Alarm and Carrot To-Do, is one of those handy Apps that some people will love and most others won’t understand at all.

The “Reverse” comes in because instead of entering things you need to do, you enter things you did. Recur just keeps track of them. It tells you how long it’s been since you last did whatever it might have been, and lets you set up reminders.

The possibilities are endless, obviously, but the usefulness of the App might not be so clear until you play around with the idea for a while. That’s actually one of the things I love about it, because it didn’t sound like all that much to me either. A bit of a lark, sure, but something that would actually get use?

The playful folks behind the App have some interesting suggestions, like “Sidekick Died,” which is naturally followed by, “Sidekick Replaced,” but even the lowly among us can probably find something we want to keep track of. Well, even superheroes apparently have to walk their dog too. 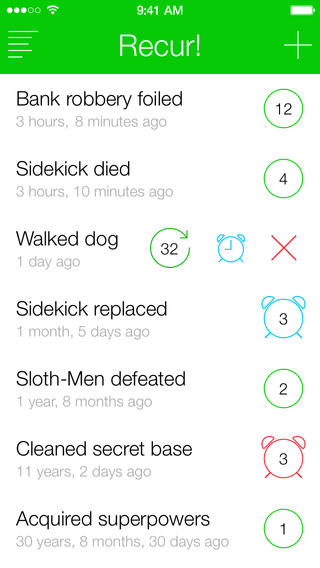 But, there are those niggling things in life that never make it to the top of the To-Do list, because there is simply too much to do, and there are too many of them, which makes Recur the perfect place to keep them. Things like – Chimney Swept, Change Oil, Replace Filter, or, I don’t know… maybe you want to see if you can earn a big number on, Fell down stairs in drunken stupor. Then again, maybe you’re inclined to throw variety into the list and add – Said I Love You, or Bought Flowers. You never know.

The beauty of the App, besides it’s crisp, designed for iOS 7 look, is that you can mix all sorts of things. Maybe there are things you only need to do every few weeks, and don’t really care when you get to them. The problem is that not caring means you push them off forever, and that’s a bit too long. And, throw in things that need to be done every week, every other day, or whatever you like. Some things need alarms. Some things just need to be around so that eventually I’ll gasp, and say, “Has it really been that long?”

Even better, there is some connection with Carrot To-Do, such that you can have events imported on refresh. I have to confess, Carrot To-Do doesn’t fit in as well as I’d like with my life (I can’t get around using a Calendar App for everything), so I haven’t played around with the inter-connectedness feature, but it works.

As I said, you may be thinking that this isn’t going to get that much use, but this truly is one of those solutions to a problem you just don’t know you have. Get it on your iPhone for a couple of days, open it every once in a while, and you’ll have the idea working in the back of your brain. The next thing you know, ideas will pop into your head all the time.