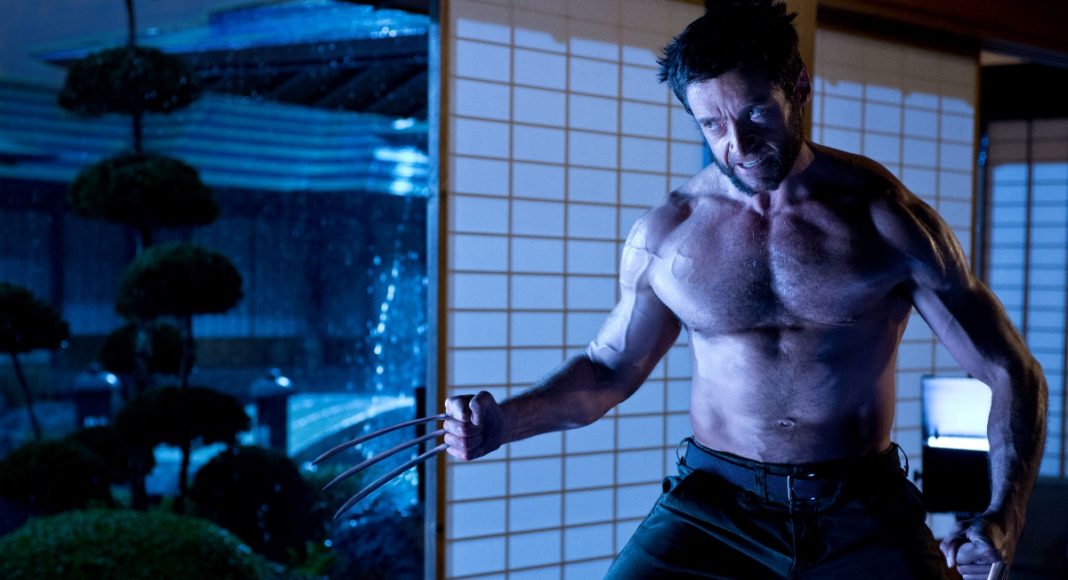 The Wolverine has landed, and I have two copies of the Blu-Ray (2-disc version) available to win.

Before jumping right in, I have several things for you to check out though. First, you might as well take a look at the trailer above. Then, make sure you catch our podcast review of The Wolverine if you haven’t already. Finally, get a quick look at The Wolverine’s Leading Ladies below, and get all the info on the release.

Once you’ve done all those things, then be sure to enter to get your very own copy of the Blu-Ray.

Fight your way into stores on December 3rd to pick up a copy of The Wolverine on DVD and Blu-ray!

What does it take to get a woman’s attention? The answer, gentlemen: Iron Claws. Logan, played by Hugh Jackman in The Wolverine, knows exactly what we mean. Jackman returns as The Wolverine and faces his ultimate nemesis in an action-packed, life-or-death battle that takes him to modern-day Japan. Vulnerable for the first time and pushed to his limits, Wolverine confronts not only lethal samurai steel but also his inner struggle against his own immortality; an epic fight that will leave him forever changed. Through all of this, Logan has no problem attracting women, some trying to save him and others trying to kill him. To prepare you for the film’s release on to DVD and Blu-ray on December 3rd, we’ve compiled a list of The Wolverine’s leading ladies who can’t seem to take their paws off of his claws!

Yukio always remained in the “Friend Zone” with Logan, and it’s probably for the best. Thanks to her, Wolverine was able to dodge death several times. She is a badass sidekick!

Viper and The Wolverine have so much in common. Both are mutants, both have claws; both are pretty much immortal. While Viper wasn’t exactly fighting for Logan’s love and affection, she couldn’t’ seem to stay away. Even after Logan survives Viper’s murder attempt via a bot she put on his heart both he and she kept coming back for more!

While her appearance in the film is short and sweet, we find out that it didn’t end that way between the ex lovers. The Wolverine was forced to kill Jean, but it’s okay because she still loves him. No hard feelings!

Originally, Mariko plays hard to get, she doesn’t think she needs The Wolverine’s help. Well, let’s just say she was wrong. Not only did Logan save Mariko from being killed, she also fell in love with him. I think it’s safe to say he loves her too.

The year’s most action packed blockbuster comes home as THE WOLVERINE debuts its 4 disc Blu-ray Unleashed Extended Edition, 2 disc Blu-ray, DVD and Digital HD on December 3 from Twentieth Century Fox Home Entertainment. Directed by James Mangold (Knight and Day, 3:10 to Yuma, Walk The Line), THE WOLVERINE inspired by the celebrated Marvel comic book arc and featuring Hugh Jackman, in the title role takes the hero to a Japan he hasn’t seen since World War II – and into a shadowy realm of ninjas, mutants, and a brand new class of villains. To date the film has topped over $371 million in the worldwide box office becoming the highest grossing film in the franchise internationally.

Jackman returns as The Wolverine and faces his ultimate nemesis in an action-packed, life-or-death battle that takes him to modern-day Japan. Vulnerable for the first time and pushed to his limits, Wolverine confronts not only lethal samurai steel but also his inner struggle against his own immortality; an epic fight that will leave him forever changed.

THE WOLVERINE Blu-ray will allow fans to sync with the Second Screen app where viewers can immerse themselves in the world of The Wolverine, including a synced viewing experience, concept art, and many more cool and interactive bonus materials! The Unleashed Extended Edition will feature an extended cut of the film for the first time ever in the entire X-Men franchise, allowing viewers to go further into the creation of the darker Wolverine and the journey that he undertakes. THE WOLVERINE Unleashed Extended Edition Blu-ray includes 3D Blu-ray, DVD and Digital HD™, complete with exclusives that make it the perfect gift for the holidays.

• The Extended, Unrated Cut – the first for the X-Men franchise!

• THE WOLVERINE Unleashed – more violent and hardcore than ever before

• Audio Commentary by Director James Mangold (only on the unleashed extended)