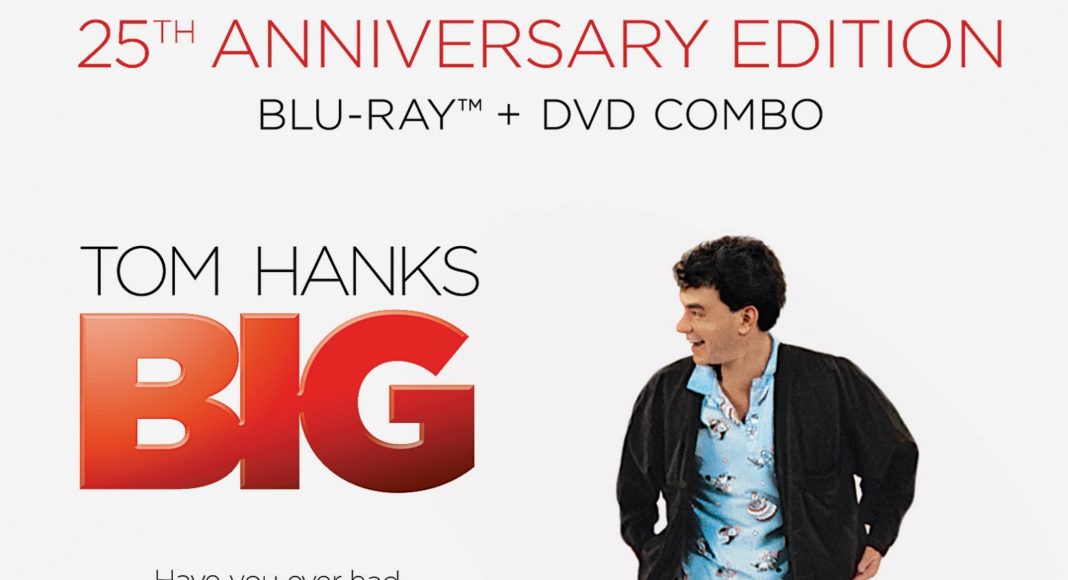 It may be hard to believe, but it’s the 25th Anniversary of Big, and there’s a new Blu-Ray release to get the film out to a new generation… and because you want to own it on Blu-Ray.

Loaded with special features, and boasting a couple of cool extras, this is a Blu-Ray that has to be on your list. You really want to pick up at least two, of course, because someone on everyone’s list wants this one. Speaking of two, I have two copies available for a couple of lucky winners.

It can be hard to pull yourself away from the nostalgia, but this one holds up surprisingly well. It has a few notes that may catch the next generation off guard (as they wonder why so-and-so doesn’t just pick up their cell phone, etc.), but the fun is timeless.

Catch all the info below, including a look at the Zoltar cards, and the full list of special features, and enter to win your very own copy! 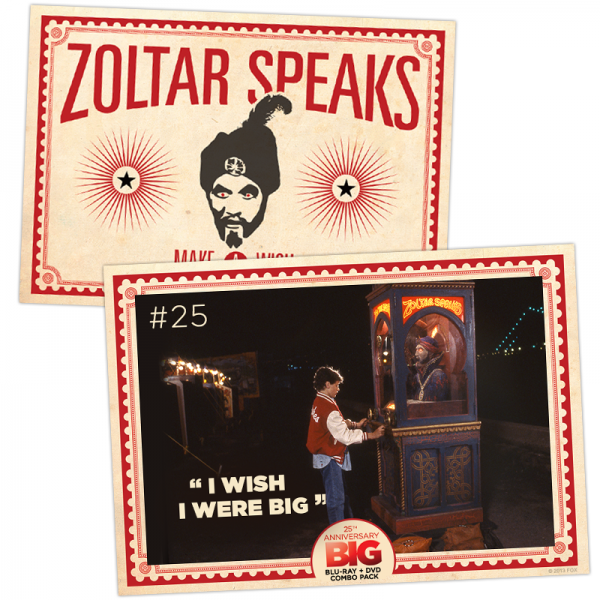 ONE OF THE “BIG”GEST COMEDIES OF

When the BIG: 25TH ANNIVERSARY EDITION

Two-time Oscar® Winner Tom Hanks* received his first Best Actor Nomination for his disarming turn as a 12-year-old man-child in Penny Marshall’s timeless, “hilarious” (Newsweek) delight. Tired of being a kid, Josh Baskin wishes he was big. When he wakes up the next day, he’s an adult! Now, Josh must hold down a job – and please a new boss (Robert Loggia). Tougher still, he must convince his best friend that he’s still himself, and explain to a beautiful woman (Elizabeth Perkins) who falls for him, that he’s not. Soon, Josh just wants to be a kid again, but can he? As exhilarating as it was during its acclaimed debut, the “warmhearted” (The Washington Post) Big is available as a Blu-ray + DVD combo pack!