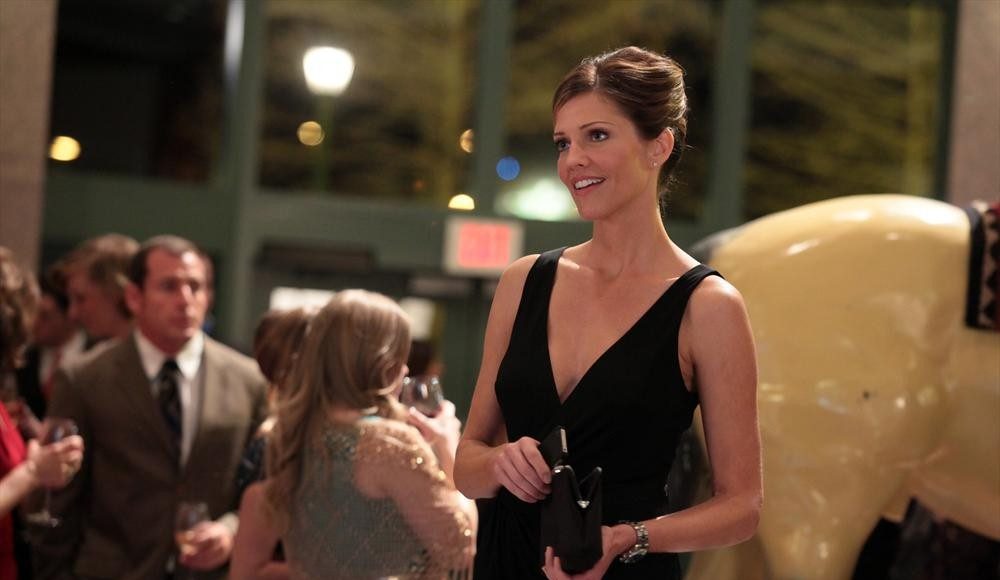 ABC‘s newest effort Killer Women is a mix of ideas that is difficult to nail down. Focusing on Texas Ranger Molly Parker (Tricia Helfer), the show is equal parts Longmire and Justified, which would be great, if you could stop there. Unfortunately, the show also throws in a splash of Scandal (in that it’s written like a glorified Telenovela), and a rather large scoop of, for lack of a better referent, Michael Bay (in that it has ludicrously unrealistic action scenes. That’s still something difficult to describe more thoroughly, and certainly something difficult to recommend.

The key problem with the show, apart from the nearly malicious waste of potential, is that it has to start somewhere, and this is a classic example of not knowing how to get out of the gates on solid footing.

Tricia Helfer is a solid casting choice, and manages to deliver a character that almost overcomes the insulting situation she’s forced to work in. Parker is a Texas Ranger, and the show not only plays up the tricky spot this creates when dealing with other police agencies, but lays on the cowboy hats, boots, horses, and various other “Texas” accoutrement with a kind of reckless abandon. It isn’t so much that there aren’t cowboys left in Texas, but that we’re putting them out there here with a very rough brush that leads one to think it isn’t quite how a Texan would draw things, but how someone in a 30th floor apartment in New York would. This comes across in much the way we might imagine a new show called “Kentucky Justice,” which we find showcases a certain, “Hey, look at all the Hillbillies,” je ne sais quoi.

Such troubles are easy to overlook though, and the real problems come when the show truly nails down its commitment to the effort to be everything, and throw every conceivable dramatic spin at its star. The convenience of connection, as our initial investigation plays out, is bad enough, but we add in Molly’s husband, who won’t sign the divorce papers, her new relationship, and bizarre spins on a variety of grand notions and emotions (even a truly crazy play on guilt), and the whole thing gets lost in a soap opera mentality that ultimately undermines anything that might be “forward thinking” about having a strong, female character in the first place.

Frankly, it gets to a point that it is almost mocking the idea of a strong, female ideal, by putting out an idea of the form – “Sure, there are ‘strong, females,’ but they’re like this.” It goes so far as to test your ability to think clearly when it comes out toward the end of the pilot that Molly has somehow been victimized by a man who couldn’t possibly take her in a fight. The threads thrown out here are enough to send the mind reeling. She’s strong, not only in the very literal sense that she is one of only two Texas Rangers, and takes on bad guys in a way that would put most men to shame, but she is also strong in that she stands up for herself in other ways, demanding respect, and to be treated well, and so forth and so on. All the while, she is female in that she allows herself to be victimized in order to… later stand up for herself… or something?

Leaving aside anything that will (I hope) offend women, and Texans, the pilot has three glaring flaws that are likely to leave viewers disinterested in the series. As mentioned before, the pilot tries to throw too many things at you in an effort at establishment, and it’s unnecessary, and borders on the laughable. Molly is caught up in everything, has every problem, and not only is there no need for it, but it makes it difficult to really engage with the character. Second, an action scene toward the end is, at least in the rough cut of the pilot, something that looks edited from a late-80s Chuck Norris film, or an episode of The A-Team. This begs the question, “Who the heck is this show aiming at?” Which is not to say that women can’t appreciate such loopy, cartoon-esque gunfights, though given any random sample, it isn’t the way to bet, but it hardly seems that these same women would be those who are also up on their dues for the Scandal fan club. Finally, for all that this show wants you to invest in the far-reaching drama that is Molly Parker’s life, there is some sort of criminal element at the back of things, and pretending that you don’t know everything to do with the crime within the first five minutes is just the show calling you stupid. Having any one of these problems is enough to keep people away in this day and age, but all of them and more is too much to fathom.

All of that out of the way, it isn’t as though the show has no redeeming qualities, which is all the more irritating. Helfer, as noted already, is quite good, and moreover has a certain charm that makes you want to like the show no matter what it does. Had we simply stuck with one of the many angles we’re trying to spin – something that more closely resembles Justified, for example – the show might easily have been something worth championing, and might also have been something that made people sit up and take notice. I’d love to see more shows that would put women in such roles, and in a position that they are the only member of the cast (as things play out thus far anyway) who can truly get credit beyond that of supporting actor/actress. In this case, we have the character we might be hoping for, but she has somehow woken up in the romance novelization of her life, and she’s just as lost as you are.

[quote_box_center]
Of all the notorious lawmen who ever patrolled the violent frontier, none are more storied than the Texas Rangers. Ballsy and badass Molly Parker (Tricia Helfer) is one of the first women to join this elite group of law enforcement agents. From executive producer Sofia Vergara (“Modern Family”) and creator Hannah Shakespeare (“The Raven”), “Killer Women” takes us inside the dangerous world of the Texas Rangers from a female perspective.

Molly is committed to finding the truth and seeing justice served. She’s even willing to break some rules to get it done. While she’s surrounded by law enforcement colleagues who want to see her fail, there are those within the Rangers who have her back including her boss, Company Commander Luis Zea. Molly also has the support of her loving family including her brother Billy and his wife Becca. On the verge of getting divorced from her smarmy husband Jake, Molly relishes her newfound freedom even as she begins an affair with a sexy, dangerously handsome DEA agent, Dan Winston.