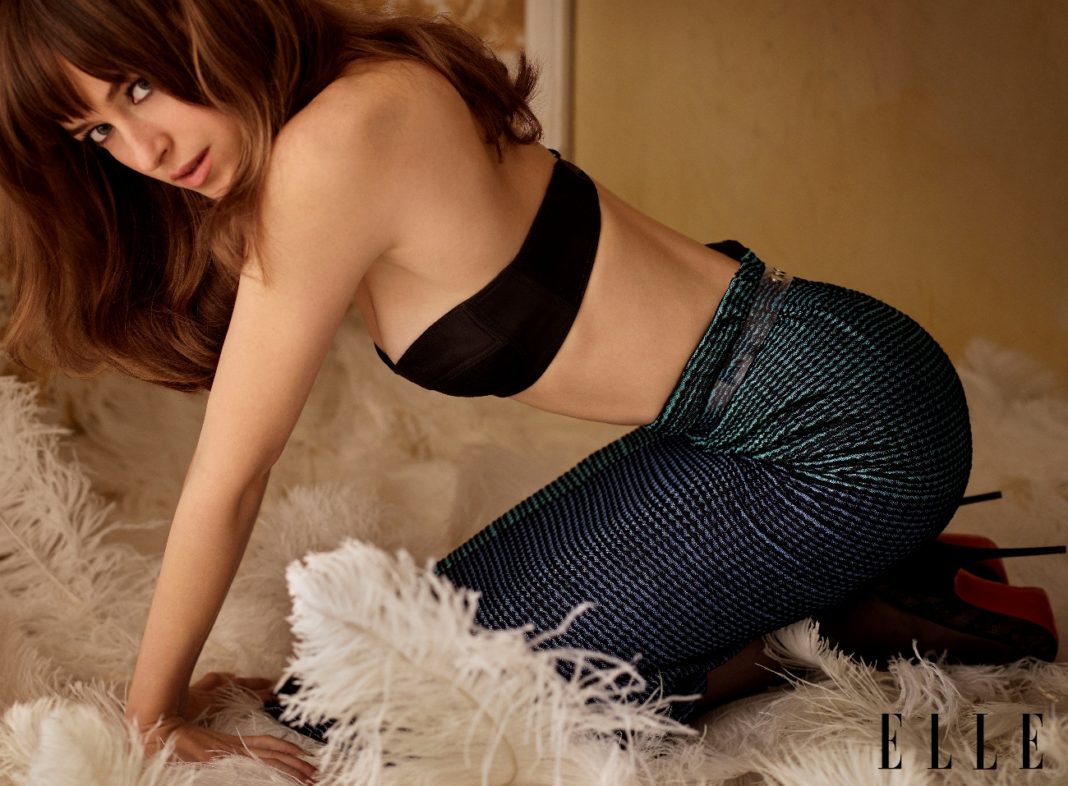 The Fifty Shades of Grey backlash has been ebbing and flowing over the last few months, and there’s still quite a wait for the film to come out, but that isn’t stopping Dakota Johnson from hitting magazine covers. She’ll be on the upcoming cover of Elle, and she’ll be giving some insights about her experience filming the… interesting movie.

Get a preview below, and check out the full story on Elle.com here – http://www.elle.com/pop-culture/cover-shoots/dakota-johnson-fashion-photos-quotes

What’s it like to be a 24-year-old starring in the most anticipated film of the decade? Only Fifty Shades of Grey’s Dakota Johnson would know (the movie hits the big screen next year). Meet the third-generation actress as she revs up for the role of a lifetime and gives a revealing interview about growing up in her famous family, how she landed the role of Anastasia Steele, and much more. She tells writer Stephen Rodrick that in the hotly anticipated film, her and Jamie Dornan’ s characters “have this chemical pull to each other…. It allows both of them to do something that they are completely afraid of.” Get ready to discover Dakota in some of spring’s most seriously sexy looks, styled by ELLE’s Creative director Joe Zee and shot by Carter Smith.

The issue hits national newsstands on February 18 and the digital edition will be available to download on February 11.

Dakota Johnson on having the chops and sexual honesty needed for the role of Anastasia Steele in Fifty Shades of Grey:

“I don’t have any problem doing anything. The secret is I have no shame.”

On what interested her most while reading Fifty Shades of Grey:

“Reading the book, I found myself more interested in the ways they were breaking each other down emotionally than the sex scenes. I think there’s a part of a woman that wants to be the thing that breaks a man down.”

Dakota Johnson on what it’s really like to grow up having famous parents:

“I think people, especially the press, like to pick on children of famous people and I think that’s fucking awful. Things get made up. It’s so, so sad. And there’s absolutely nothing you can do about it as a 16-year-old. You’re like….Why? What did I do?”