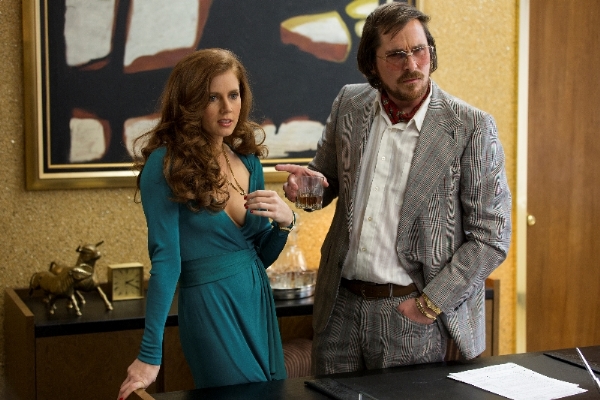 Predicting the Academy Awards is always a tricky game, and each year has its own special flavor that makes some categories easy, and others particularly difficult. While some categories are locks, as would seem to be the case with Cate Blanchett in the Best Actress category this year (having won so many other awards for the role), for others, you really have to have your finger on the pulse of the collective film world consciousness if you want to do more than just take a stab in the dark.

But, where exactly do you look, and which predictors really mean something?

Just for fun, let’s see if we can figure where to look, and how to get your best guess. We’ll take a look at three categories, just to get a sampling of how to check out what the “pulse” looks like. Let’s take Film, Director, and Actor.

First off, the best predictor on a wide scale is the Critics’ Choice Movie Awards. At least, that’s what an analysis over the last decade or so suggests. The Golden Globes are obviously another major player when it comes to predicting who will get the Oscar, but they can be difficult to analyze. Considering that they split everything up with Drama vs. Comedy/Musical, it can be hard to tell how to look at the two winners. Another interesting place to look for general views are places that create odds for the Oscars, like Sports Betting Dime. The main pull there is that whoever is putting together the info for those odds is clearly going to be looking at a lot of factors, so you don’t have to. Since you can actually bet on the Oscars, if you live in the right place, the people weighing up the odds are going to be taking things pretty seriously.

Let’s see what we come up with for our categories.

The CCMAs gave it to McConaughey for Dallas Buyers Club, as did The Golden Globes in the Drama category, while DiCaprio took it for the Comedy category. The oddsmakers have their line set like this – Matthew McConaughey (7/20), Chiwetel Ejiofor (11/4), Leonardo DiCaprio (29/4).

Looking at more specific targets, McConaughey also took home the Screen Actors Guild award, which puts a bit of a lock on things. Moreover, there are a lot of other film critic groups that gave it to McConaughey, which adds to the mountain of evidence. Plus, you can’t forget the “consciousness” nudge that has some weight when it comes to award voting. It’s a film about AIDS, and you’re supposed to like that, and thus, you’re supposed to vote for it. In a different year, Chiwetel Ejiofor would be getting a lot more attention by way of this same factor, because it’s a film about slavery.

Adding in the general buzz factor, which suggests at this point that everyone is talking about McConaughey as much as they possibly can, leaves you with as much of a lock in the final analysis as Blanchett has. We’re in the realm here of a real surprise if he didn’t win.

The CCMAs give this one to Alfonso Cuarón for Gravity, as did the Golden Globes, and the Directors Guild of America. The oddsmakers have the line running like this – Alfonso Cuarón (7/25), Steve McQueen (14/5), David O Russell (23/2), Martin Scorcese (23/1).

While this one may look equally like a slam dunk, there are a few more things worth taking a look at. A lot of critic groups spread this one around somewhat, with places like the New York Film Critics Circle giving it to Steve McQueen. Besides that, the buzz is evenly spread around the three serious contenders, both the films themselves, and the directors. A lot of people are desperate to love Gravity. But, American Hustle is the darling of the year, and while the buzz dropped away from 12 Years a Slave, it’s picking up steam again.

It will still be somewhat surprising if Cuarón doesn’t win at this point, and you can factor in some degree of automatic vote there, because it won the other two big award shows, but it won’t be anything like the sort of surprise if McConaughey is upset.

Now, some consideration might be worthwhile here on the front of who actually deserves to win. You might want to put a lot of weight there on the Directors Guild award, but I don’t know if that’s a sound weighting this year. As you know, sometimes the Best Actor award goes to the guy who is a very good actor, but hasn’t ever won before, even if he doesn’t necessarily deserve it considering the performances that year. These “legacy” awards are not uncommon. To be frank, something similar may have earned the awards in this category up to this point, just based on the fact that people want to love Cuarón. The truth is, both 12 Years a Slave and American Hustle are far better directed than Gravity, and don’t think I’m the only person who has said so.

With all the awards Gravity has won recently, the backlash is starting to rear its ugly head, and this one is more of a three-way race than it seems. 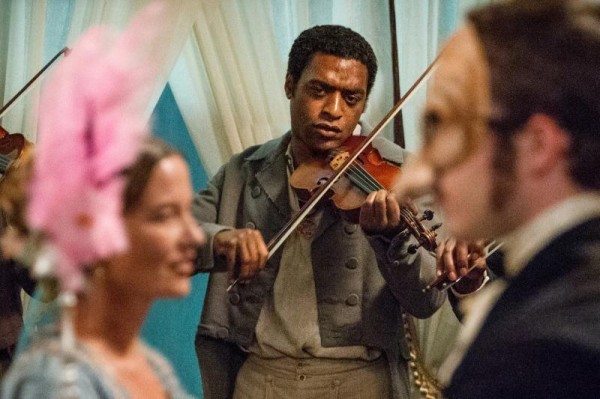 The CCMAs give this one to 12 Years a Slave, as did the Golden Globes in the Drama category. Of course, American Hustle took the Musical/Comedy category. The oddsmakers run things like this – 12 Years a Slave (2/5), Gravity (3/1), American Hustle (7/1), with the next closes competition being The Wolf of Wall Street (38/1), making this a definite three-horse race, despite the number of nominees. Of note, those same oddsmakers put Her at 90/1, the longest of shots, which translates into a sobering look at how much they know. Besides which, with the wins American Hustle has (including, again, the NYFCC and other critic groups), the real race doesn’t involve Gravity.

That’s actually something to take into account when considering the Academy, and how they are going to vote. It isn’t how it should be, but how it should be isn’t a part of predicting, and the Oscars put Picture and Director together a lot.

The key here is buzz, and trying to get a grasp of how the Academy is actually going to vote. This is a year that is going to split the vote a lot of different ways, with no film as a clear landslide contender. American Hustle has the buzz right now, which means the race gets tighter, but when you have something like Her in the mix, things could get weird. Despite the oddsmakers feelings, Her won Best Picture from various groups, and has been absolutely killing the buzz over the last month or so. With the big two pulling votes either way, it wouldn’t be a complete shock for Her to slip in, or even The Wolf of Wall Street (even if this is a film fiasco of The Emperor’s New Clothes proportions).

The thing to remember here, and to pay attention to for all the awards, is who is voting. That’s what always makes the Oscars tricky, even when it seems like some categories are absolute sure things. Still, you can make some pretty solid predictions if you pay attention to what a film, or person, has already won, and have an eye for trends. Strange as it seems, some things win almost purely by way of what has people talking. Take a trip to IMDb.com and check out the awards for the films, and some of the races may not seem as clear as they do if you aren’t paying attention. For example, if you take a look at the page for Her, you notice that it is practically overflowing with attention, including Best Film by both the National Board of Review and the American Film Institute, and it took home Best Screenplay honors from practically everyone. You have to factor that all in when trying to get a real idea of the upset possibilities.

As a final note, I’m curious where else you look, and how well other predictors have worked historically. Let me know your thoughts.