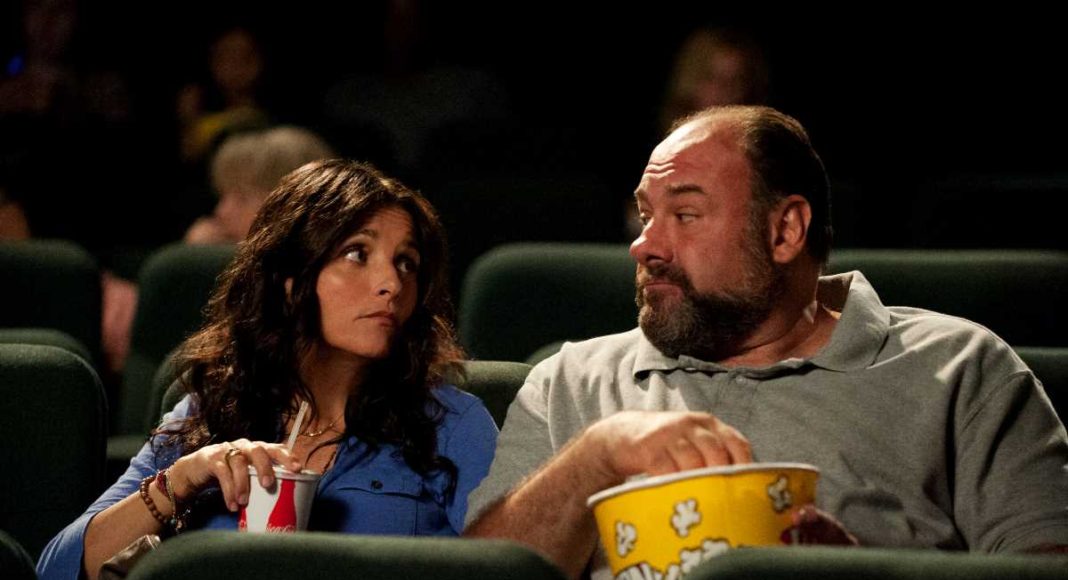 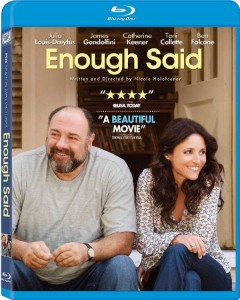 James Gandolfini is unfortunately not particularly remembered as delivering a lot of variety. It isn’t just that Tony Soprano springs so quickly to mind, it’s that he fits so well physically with a certain type of role, that even when we try to recall his other work, the best we’re likely to come up with is Col. Winter in The Last Castle. Now, there are plenty of titles that people may then mention, which causes the standard, “Oh, yeah,” reaction, but still, when you first hear the name, you get what you get.

This is why, despite the fact that it’s difficult to make any comment at all, given the situation, I’m glad the last big effort we get from Gandolfini is Enough Said, as opposed to say, Killing Them Softly. Not only does it showcase a broader set of abilities, but hopefully it will turn people toward some of his other recent efforts (Violet & Daisy, In the Loop) in which he also breaks loose of the pigeonhole.

Enough Said, whose title doesn’t really come home until the very end, focuses on Eva (Julia Louis-Dreyfus), a middle-aged, divorced masseuse who is at that familiar point in her life which leaves her calculating the odds, and cost-benefit algorithms of bothering with relationships anymore. A single parent, the empty nest is looming, and while there is a sense in which she honestly enjoys her life, she isn’t sure what follows the change she’s facing.

She meets Albert (Gandolfini) at a party, and quickly learns they share comedic tastes, a penchant for banter, and general life status. They get along surprisingly well, but their divorces weigh on their respective minds, all the more because the kids leaving for college has them both so focused on the totality of their lives.

Meanwhile, the travelling masseuse game isn’t quite the whirlwind of champagne and caviar you might guess, and Eva begins to get close to a new client, Marianne (Catherine Keener), who is fairly fascinating, if a bit quirky. The two become friends, something Eva realizes she really needs, but the timing might be a little off. As Eva tries to talk herself into moving forward with a serious relationship with Albert, Marianne is nearly obsessed with complaining about her ex-husband. The more Eva begins to feel comfortable in a relationship again, the more Marianne has her questioning all men and all relationships.

As if all this isn’t enough, Eva also has to deal with the fact that her daughter is setting the stage for leaving by becoming more and more distant. This void gets filled by a relationship with one of her daughter’s friends, which leads to Eva inadvertently recommending that said friend have sex with her boyfriend. 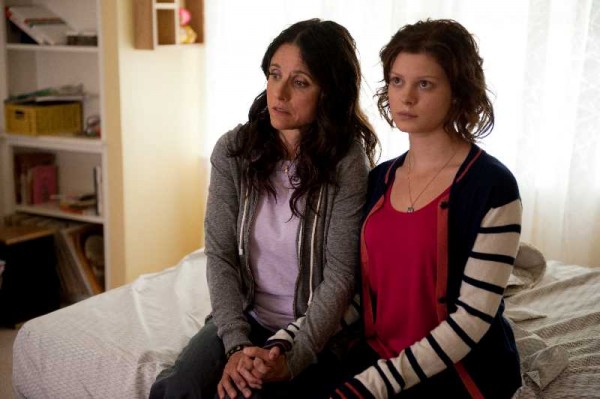 The result is that Eva’s life goes from something that seemed to be in a place of psychic stability, if not bubbling joy, to a roller coaster that has her questioning everything about her life, her choices, and… well, just everything, so fast that she just has no sense of how to cope with any of it. Naturally, this means that she’s going to cope with every aspect of her life rather poorly.

Becoming locked into a certain perspective by Marianne’s ex-husband bashing, Eva starts to obsess over what went wrong with her own marriage, which has her picking apart Albert, as she tries to figure out the things about him that are going to eventually drive her crazy.

The film is a subtle, and brilliant, dissection of relationships, and an unapologetic, harsh statement on the way we see and treat other people. Marianne, odd, but nice person that she seems to be as Eva gets to know her, sees her ex-husband as a different kind of entity than other people. Though made out as perhaps too clear an example, it isn’t far from how many of us act. In the end, the curious nitpicks surrounding our mannerisms aren’t the things we would expect anyone to take into consideration throughout our day, but are often the things that end the relationships we come home to. The question is, why do we care if our spouse doesn’t want night tables, or fidgets with his guacamole, removing the onions?

You won’t get an answer from the film. In fact, one of the best parts of the screenplay is that the movie doesn’t directly point at Eva’s self-evaluation. We know it’s going on, but it isn’t overplayed. She wonders if other people look at her and Marianne, and see much the same person.

What the film wants to know, if we can pick a certain piece as its goal, is what is the difference between the relationship we hope will work out, and the ones we had that didn’t? The film does answer that question at the end, and it’s one of the best scenes you’ll run into for quite a while.

Unfortunately, though understandably, the Blu-Ray doesn’t have a lot to offer in terms of special features. You really only get the standards, a few featurettes that are promotional, the trailer, and a Second Takes featurette, which is exactly what you expect. It’s really the bare bones of any release, especially these days, but for an indie work like this, which got a lot of critical acclaim, but isn’t pulling in huge crowds, it’s hard to think there’s money in putting together a lot.

The video quality is great, though this isn’t a film that shows off much. It’s actually perfectly made for the video quality not to get noticed, and doesn’t even have dark scenes that would highlight contrast work, or panoramic views that would let you know if the quality was especially clear.

James Gandolfini, Julia Louis-Dreyfus and Catherine Keener shine in this heartwarming comedy that A.O. Scott of The New York Times calls “a small miracle of a movie.”

Divorced mom Eva (Louis-Dreyfus) may be falling for Albert (Gandolfini), a sweet, funny, like-minded divorcé. But as their relationship blossoms, Eva befriends Marianne (Keener), who’s always complaining about her ex-husband. When Eva realizes that Albert is the target of Marianne’s rants, she begins to question her own perceptions about first impressions and second chances.