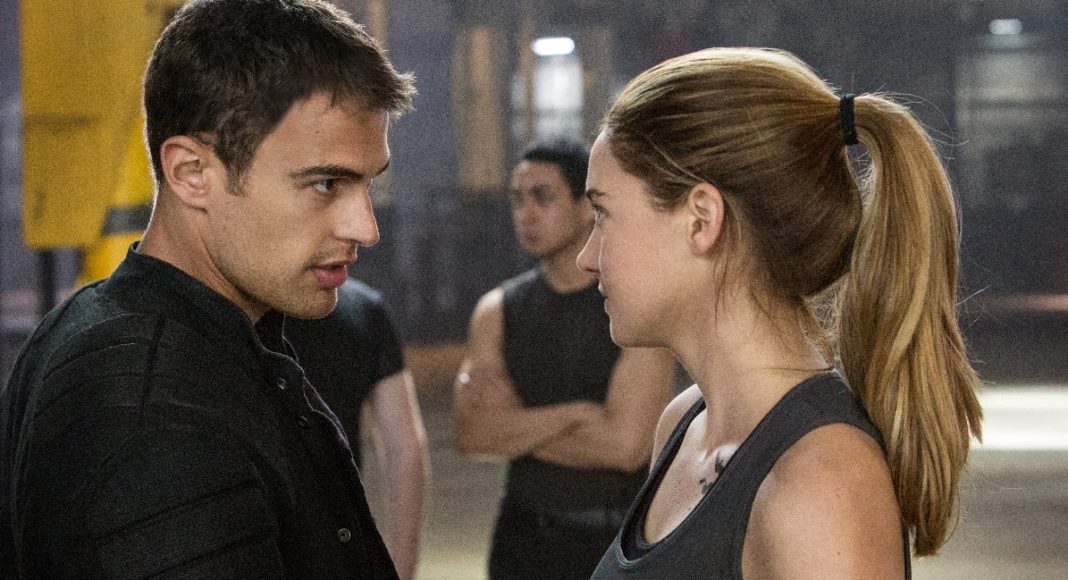 The easy comparison might be to look at Divergent as a film hoping to be the next Hunger Games, but connections to the massive YA trend of dystopias and heroines aside, it isn’t a comparison that holds up, and the book is definitely after a different discussion.

Divergent finds Tris (Shailene Woodley) in a future version of Chicago long after a war has destroyed most of humanity. Chicago is now surrounded by a massive wall, and the people within are divided into five factions – Abnegation, Amity, Dauntless, Erudite, and Cangor. Each faction provides a specific function of society (Amity farms, for example) and largely keeps to themselves. This theory of society is, as are most theories of dystopic works, meant to manage the world in a way that will prevent any future wars and/or conflict.

Tris is a member of Abnegation by birth, but come a certain age, all members of society are tested to determine which faction they “should” join. Said test will tell you which faction you are… most in tune with, or something, but you get an out. You still pick which faction you want to be in for yourself. Of course, testing as a different faction is rare, and actually choosing a different faction is rarer still (nevermind that at least three people do it in the ceremony we see). Part of this theory might be that we are all genetically disposed toward whatever our parents are genetically disposed to, but there’s also the bit where you don’t really get to see your parents anymore. 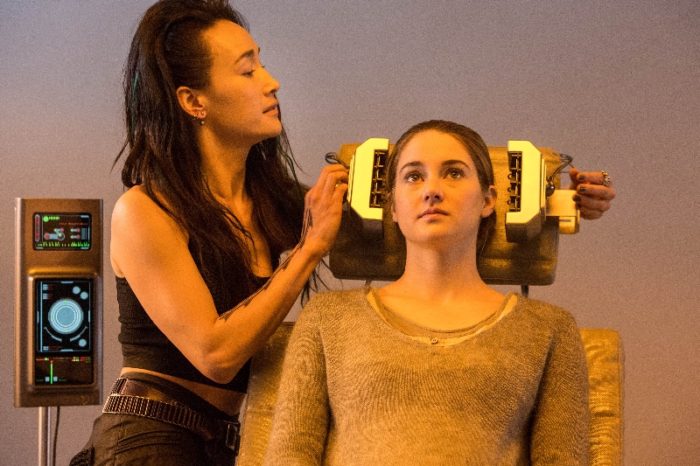 At any rate, Tris goes in to take her test, and is given the shocking information that she did not test for any faction, but for three of them. Known as Divergence, this state of not fitting conveniently into any one pigeonhole is apparently a problem for our society. Her test results are kept secret, and she chooses Dauntless. Much of the rest of the film is taken up with her training to become a full-fledged member of her new faction, and the looming doom that will befall her if she fails, and thus becomes factionless. The factionless are left to wander the streets like roving homeless, and apparently are allowed none of the wonders of our fabulous super-society. Said training largely involves getting to know, and hopefully impress, Four (Theo James).

Our real problems come about as we learn that the leader of the Erudite faction, Jeanine (Kate Winslet), isn’t happy about the fact that Abnegation is the “leader” faction, and is apparently up to no good.

The problem with the movie (and I’ve read the book), is that it largely goes the way of David Lynch’s Dune, which is to say that it unapologetically makes no sense of itself to those who aren’t bringing the book in with them. Beyond a loose montage of narrated exposition, there is no real detail given about how this society works, could possibly function, and/or isn’t simply taken over by the Dauntless. The audience is given almost no real idea about Jeanine’s motivations, or how there could be any kind of sense to them. Given that she is meant to be the leader of “the smart people,” it might be nice if we had some idea why she is plotting to overthrow the system. At least, in a way that might have some systematic philosophy behind it, instead of what seems to suggest that she’s just gone nuts.

We get hints, delivered in boringly cliche routines, that suggest that Erudite is suspicious of what Abnegation is actually doing with the extra food they get. The claim is that it is to help feed the factionless, but Erudite apparently puts out the propaganda that Abnegation is hoarding it for themselves. This is despite the fact that no one seems the least bit hungry, except the factionless, and moreover there doesn’t seem to be the slightest want of any kind in the society. Beyond that, the whole idea that there are factionless at all is left in the air, without anything to keep it in line with our general theory of our perfect system.

All this means that the uninitiated are left to play along to a degree most will find less than acceptable, especially when it’s hard to tell what sort of payoff lays in wait. But, for those who can manage it (or have read the book), there’s an interesting play going on here. The action scenes aren’t overloaded with special effects, and a good deal of what happens in the film revolves around conversations. This bizarrely turns it into both more and less of a thinking man’s game than The Hunger Games, but one that pulls you in far more than it ought to be able to manage.

Shailene Woodley is superb, delivering tough scenes, and a wide range, with surprising subtlety. Theo James is almost as good, and the pair suck you into the events in a way that almost distracts enough from all the questions the film will never answer.

Ultimately, the film is a fun ride, but only if you can really let go of your desire to understand the world that it demands you understand. It’s also a shining example of why audiences should pay a lot more attention to screenwriters, especially when it comes to adapting an existing work. When it goes wrong you may still end up with a fun bit of entertainment that is at least alluding to an interesting story, but you’ve still sucked the life out of something that could have really been magical.