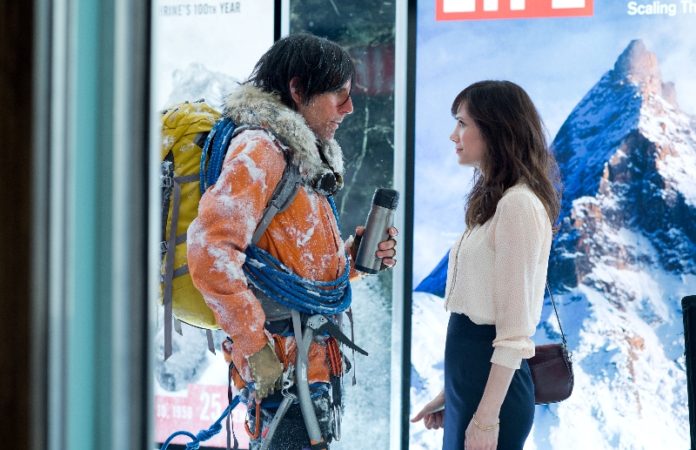 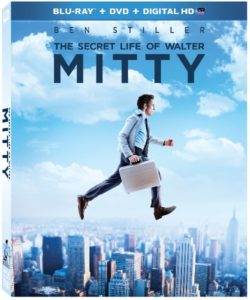 The Secret Life of Walter Mitty is just about to hit in stores, and I’ve got a copy of the Blu-Ray Combo Pack for you. The Ben Stiller vehicle didn’t have quite as much impact on theaters as I expected, but I’m hoping it gets a new lease on life with the home release.

That might be a little surprising (catch our podcast review, and my Answers.com review) considering that I haven’t exactly championed the film whole-heartedly, but I wasn’t exactly opposed to it either. It’s a fun ride, that had a few rough spots, and didn’t exactly play out the way I’d have liked. In the end, I think it’s a lot better than most are probably giving it credit for, and it has a few scenes that really shouldn’t be missed.

Also, to help celebrate the film, catch a rundown of Daydreamers in Movies below, complete with some clips from the films in question. Then be sure to enter to win your very own copy of the release.

In THE SECRET LIFE OF WALTER MITTY, on Blu-ray and DVD on April 15th, the title character is a timid magazine photo manager who lives his live through vicariously through over-the-top daydreams. In honor of the movie’s home entertainment release, we’re taking a look at a few other notable daydreamers in film.

Cady has to make a lot of adjustments when starting high school after being home schooled in Africa her entire life. But when she begins to notice her new friends’ true animal instincts, she imagines them acting like the jungle wildlife she left behind.

Lester (Kevin Spacey) is way too old for his daughter’s friend Angela (Mena Suvari), but that doesn’t stop him from imagining a truly creepy dance sequence starring her in a cheerleading outfit during a high school basketball game.

THE DUDE – THE BIG LEBOWSKI

Few dream sequences in film are as epic or intricately choreographed as The Dude’s in The Big Lebowski. It even managed to warrant it’s own title—“Gutterballs”—and credits.


The sexual tension is palpable between new reporter Veronica Corningstone (Christina Applegate) and veteran newsman Ron Burgundy (Will Ferrell), and after a romantic dinner, sparks fly. What follows is one of the most hilarious love scenes in film history, featuring an animated trip to “Pleasure Town” on the back of unicorns to the music of Tom Jones.

MATTHEW KIDMAN – THE GIRL NEXT DOOR

A criminally underrated film, this is a hilarious tale of a high school senior (Emile Hirsch) who falls in love with the girl next door…who just happens to be an ex-porn star. Matthew’s fear of his parents finding out his girlfriend’s extracurricular activities, leads to some pretty awkward scenarios that play out in his imagination.

There are many memorable fantasy sequences in this holiday classic, but one of the best involves Ralphie’s teacher becoming so enamored by his report on his coveted Red Rider BB Gun that she exclaims his praises to the whole class, giving him a grade of A++++++++++….

Let The Secret Life of Walter Mitty inspire you to make your dreams a reality when it comes to Blu-ray and DVD April 15th. 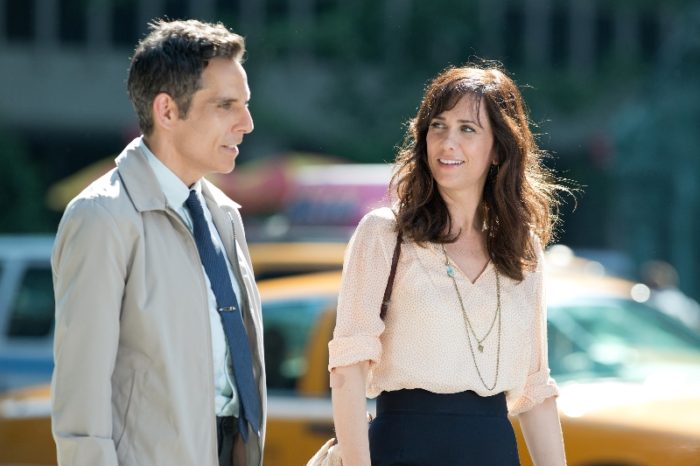 With sweeping cinematography and stellar performances THE SECRET LIFE OF WALTER MITTY, tells the story of a timid magazine photo manager who lives life vicariously through daydreams and when a negative goes missing must embark on an incredible true-life adventure. With stand-out performances from Ben Stiller (Night At The Museum, Meet The Parents) Golden Globe** and six-time Emmy Award*** nominated actress Kristen Wiig (Saturday Night Live, Bridesmaids, How To Train Your Dragon), Adam Scott (Step Brothers) and Shirley MacLaine (Wild Oats), the THE SECRET LIFE OF WALTER MITTY Blu-rayTM and DVD is loaded with more than an hour of behind-the-scenes special features, including deleted, extended and alternative scenes, featurettes that dive into filming in Iceland and Walter Mitty history, a gallery of exclusive reference photography, and music video “Stay Alive” by José González, and more.