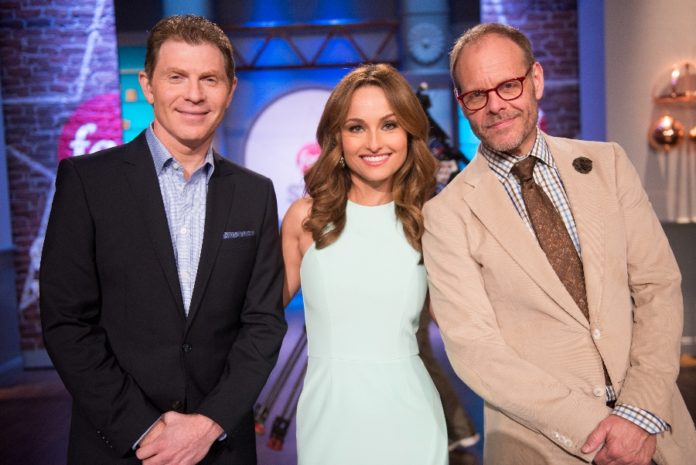 Food Network Star is a show that represents a bizarre high and low for me. If you’ve been following me for a while, you probably already know my take on the show, and what happens afterward. The short version is that while I actually love the competition show itself, it never (almost) ends up with a person that I would ever watch, and that’s almost always because the person I would actually watch gets cut fairly early.

On the other side of the coin, the show becomes less interesting to me (as do all reality competitions) the more we move into the category of contestants who already own restaurants, or otherwise have a fairly decent food-related career. But, that’s just me.

At any rate, the show has some new twists this time around, and the competition is going on the road.

Take a look at all the info below, catch a teaser for the season, and meet the contestants.

Food Network’s long-running competition series Food Network Star is back for a tenth season in June, with culinary icons Alton Brown, Giada De Laurentiis and Bobby Flay leading the charge to discover the next promising face in food television. The twelve new contenders are put to the test in a season filled with unique competitions challenging their kitchen and on-camera chops, to find out who has the talent and charisma to follow in Alton, Giada and Bobby’s footsteps and helm their own show. Exclusive web series Star Salvation also returns, giving one eliminated contestant the opportunity to rejoin the on-air competition, which culminates in an audience vote to determine who wins the ultimate prize – their own show on Food Network. Shot in Los Angeles, Las Vegas and New York, Food Network Star season ten kicks off with a one-hour premiere on Sunday, June 1st at 9pm ET/PT, and the winner will be named in the season finale on Sunday, August 10th at 9pm ET/PT.

In the season premiere, the contestants are welcomed to Los Angeles for their Star-making journey by Alton, Giada and Bobby, who invite the cast to their own red carpet premiere party that very night at a Hollywood studio backlot. Each finalist must present themselves to a select group of tastemakers, including E! personality Ross Mathews, and prepare their most impressive party bite for the challenge judges Alton, Giada, Bobby and Food Network executives Bob Tuschman and Susie Fogelson. 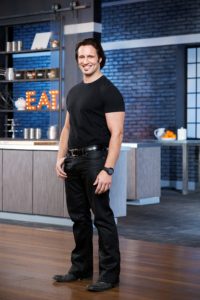 uca Della Casa, 38 (San Antonio), was born in Torino, Italy and now resides in Texas. An adventurous, rugged outdoorsman with a passion for food, Luca has been in the food industry for over 20 years, working his way up from dishwasher to prep cook to line cook to executive chef.

He learned to cook with his family and is determined to bring people together around a table to share food, Italian-style. 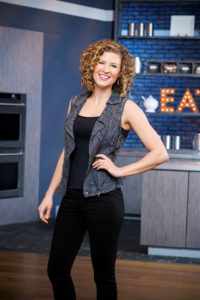 Emma Frisch, 30 (Ithaca, NY), is the girl-next-door who has traveled the world – she is a first generation American and comes from an Italian and British background, with family members on five continents. She once owned a cafe in Nicaragua and worked on a farm in Connecticut.

Now residing in upstate New York, Emma is a food blogger and owner of Frisch Kitchen, where she brings a world of nontraditional food experience to the table. Her take on food is fun and fresh, and she is a natural teacher who believes anyone can become a good cook. 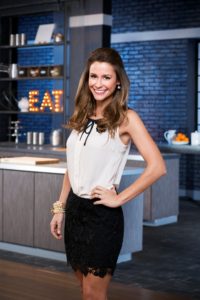 She grew up cooking with her Sicilian grandparents and comes from a family of commercial fisherman, and her ‘coastal cuisine’ take on food is heavily influenced by her family and growing up in a seaside town.

The kitchen is her retreat, and a career in food has always been her dream. 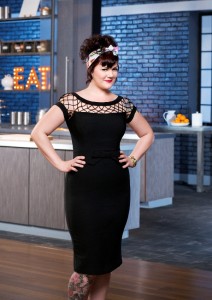 Loreal Gavin, 26 (Indianapolis), is originally from Lafayette, LA and has been cooking for 11 years. A motorcycle- riding, guitar-playing chick who loves tattoos, she attended Sullivan University for culinary arts and is also trained in baking and pastry.

She was raised by her grandmother, who taught her to cook from her soul. Loreal is a true individual who believes every meal should be interesting. 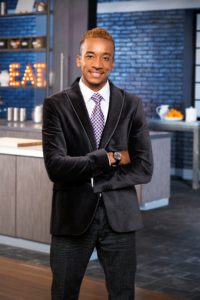 Chris Kyler, 32 (Stafford, VA), received culinary training while in the Navy, where he was known for his slick sense of humor and charisma.

After a few years working in other people’s restaurants, he was inspired to open his own business and now runs Kyler’s A+ Catering, a gourmet mobile catering company with an emphasis on fresh and healthy foods.

Chris is hilarious, energetic, fiercely competitive and ready to put his skills to the test. 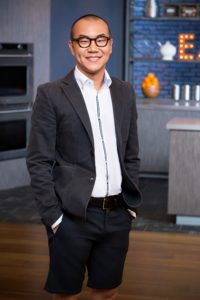 Kenny Lao, 36 (New York City), grew up making Chinese dumplings with his mom, and his passion for that signature dish led to the creation of Rickshaw Dumpling Bar, where he is the owner and managing partner.

Originally from California, Kenny’s success in the ultra-competitive New York fast casual restaurant scene led to awards and accolades – and he is ready for more. He wants to take the intimidation out of cooking, and teach people how to make food that is simple, but delicious. 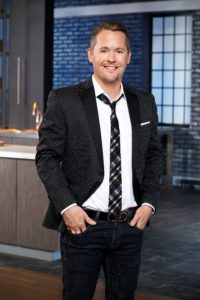 Christopher Lynch, 39 (New Orleans), graduated from the Culinary Institute of America, spent time working with some of the country’s finest restaurateurs and has become a rock star chef in his own right.

Chris carved his own food path with a modern take on the Cajun and Creole cuisine of his adopted hometown New Orleans. He is both talented and tough in the kitchen, and that killer combination makes him a force to reckon with. 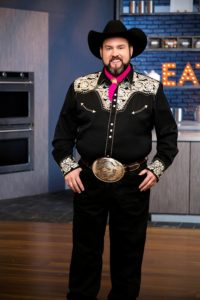 Lenny McNab, 42 (Debeque, CO), is a one-of-a-kind gourmet cowboy. His over-the-top confidence and charm are only matched by his culinary skills.

He trained in Germany and is now executive chef at a hunting ranch in the foothills of the Rockies. When he hangs up his apron, he is known to put on his rhinestone jacket and strap on his guitar to perform for the evening at the local honky tonk.

With his signature hat, belt buckle and boots, you can’t miss Lenny in a crowd – and he is ready to bring his unique take on food to the rest of the country. 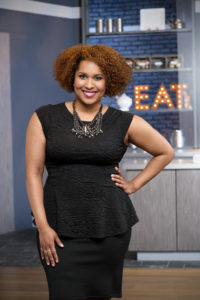 Aryen Moore-Alston, 31 (Memphis), is a self-taught cook who was raised abroad in Italy, and some of her fondest childhood memories are making family meals in the kitchen with her late father, who passed away when she was a child.

She has dabbled in many careers, including security technology, acting, dancing and graphic design – but food has always been her passion. After living in Atlanta, Japan and Los Angeles, Aryen settled in Memphis to raise her three-year-old daughter and is ready to pursue her culinary dreams. 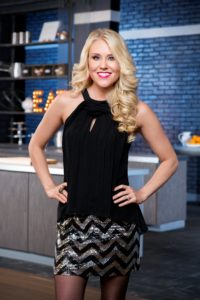 Sarah Penrod, 30 (League City, TX), is a born-and-bred Texan who comes from a family of entertainers.

From musical theater to beauty pageants to country singing, Sarah has been performing her whole life.

She also has serious culinary chops, and now owns her own catering and personal chef service. This sassy, feisty and fun chef has worked with celebrities and athletes, and always keeps things entertaining in the kitchen. 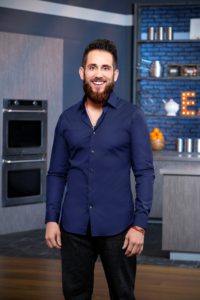 Reuben Ruiz, 27 (Miami), grew up in a traditional Cuban family that owns restaurants and started working in kitchens when he was just ten years old.

He struggled with his weight for many years, but lost 100 pounds and kept it off – which is especially difficult when your family is in the restaurant industry.

He specializes in healthy dishes with a Latin influence and lots of flavor. Honest, outspoken and high energy with a strong work ethic, Reuben is ready to inspire others with his journey. 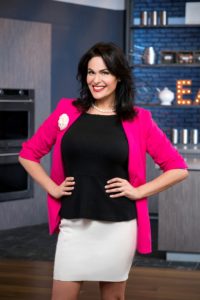 Donna Sonkin Shaw, 42 (New York City), is dedicated to making health and nutrition taste delicious. She studied at the Institute for Integrative Nutrition and the Culinary Institute of America, and believes eating properly leads to overall health inside and out.

She is a Certified Holistic Health Coach who works privately with clients and leads corporate workshops.

Donna struggled with her weight as a child, so she understands the struggle of everyday eating – but her twist on healthy comfort food delivers the flavor and satisfaction to keep anyone on track.