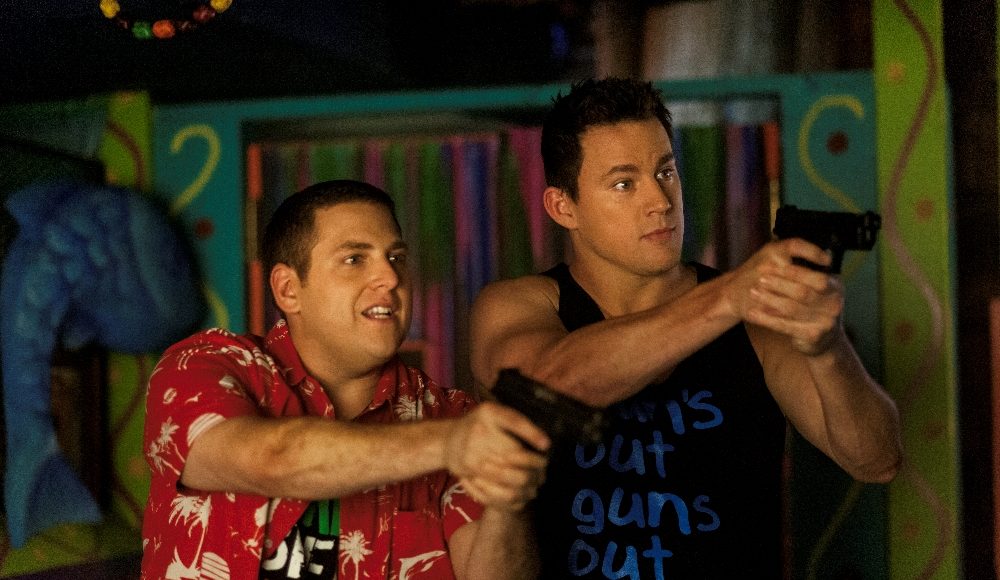 22 Jump Street has a certain level of built-in critique immunity, but it has a lot of problems just the same. That may hardly seem like a revelation for an admittedly goofball, summer comedy, but one of its main problems is that its mostly boring, and avoiding that is the one trick it has to pull off.

While there are a few clever moments, which only serve to make you wonder why there aren’t more, the movie is far more concerned with its meta conversation than it is with comedy, and it has no idea how to deliver any of its goals. It isn’t enough that the film repeatedly cautions that sequels are awful, and that the plot here is exactly the same as the original, it goes a step further by yelling the lines and repeating them with quasi-conviction. That’s a joke that only holds up if it isn’t playing against a backdrop of an example of the very way in which sequels become cash grabs based on the idea that you’re probably stupid enough to watch this.

You’d still have to admit that it worked on some level, except that the comedy is such a weird mash of styles that almost none of it manages to be funny. Parts are bordering on Mel Brooks, or perhaps Airplane, and certain comedians even get a shout out in the form of Easter Egg-esque moments (like Benny Hill), but it also throws in some attempts at vaguely comedic moments of seriousness, and the two don’t mix. 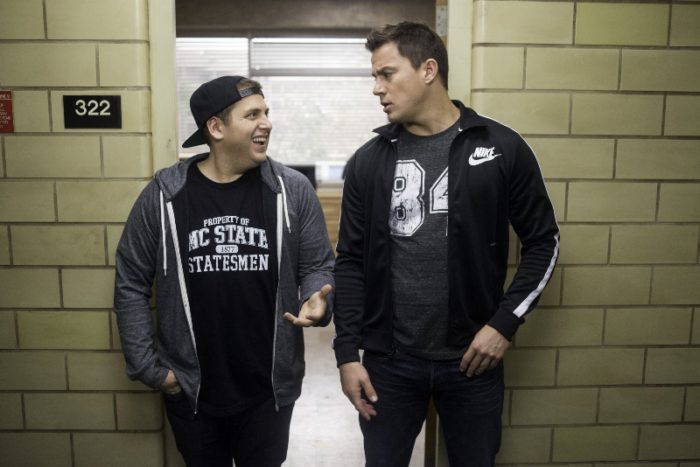 We’re back with Schmidt (Jonah Hill) and Jenko (Channing Tatum), and though they’ve been trying to be “regular” cops for a while, they soon find themselves having to deal with Captain Dickson (Ice Cube) again. They’re going undercover to college this time around, and they’re moving into another abandoned church right across the street from their old digs. It’s convenient that there is another abandoned church right across the street, at number 22, because that’s comedy. The place is impressively decked out like a Bond villains lair, because isn’t it just so stupid when the good guys seem to spend millions to accomplish goals that really require about $20,000 and a couple of afternoons? Yes. Yes, it is.

Our story revolves around the hunt for whoever is dealing a new drug at the local campus. Said drug is an awesome combination of Adderall and a who knows what, and the result is that you become outrageously focused, in order to get your work done, for exactly four hours, and then you go on a psychedelic trip. The only clue the boys have is a picture of a drug deal, but the only thing you can make out is a girl who has ended up dead already, and a tattoo. Looking for the tattoo leads Jenko to a spot on the football team, which ultimately results in our duo splitting up in an homage gone wrong to the “relationship” woes of all buddy cop sequels.

The college gags you expect pop up, though you’ll probably scratch your head at the lack of nudity, but even they are delivered without much heart, and offer the laughs the film needs to keep you going. The only comedy comes from Ice Cube, or reactions to him, and they are few and far between.

Once we trudge along to the end, we realize that we were watching an episode of Scooby Doo the whole time, and though we trade unmasking the villain for an admittedly clever scene of fighting/falling for the criminal amid zero sexual tension, the movie all but includes the line, “I would have gotten away with it too, if it wasn’t for…”

Of course, having no respect for your audience only matters if your audience cares, and like I said, this one has the built-in security of working rather well for anyone it was going to convince to show up in the first place. Still, it’s almost worth seeing for Ice Cube alone.