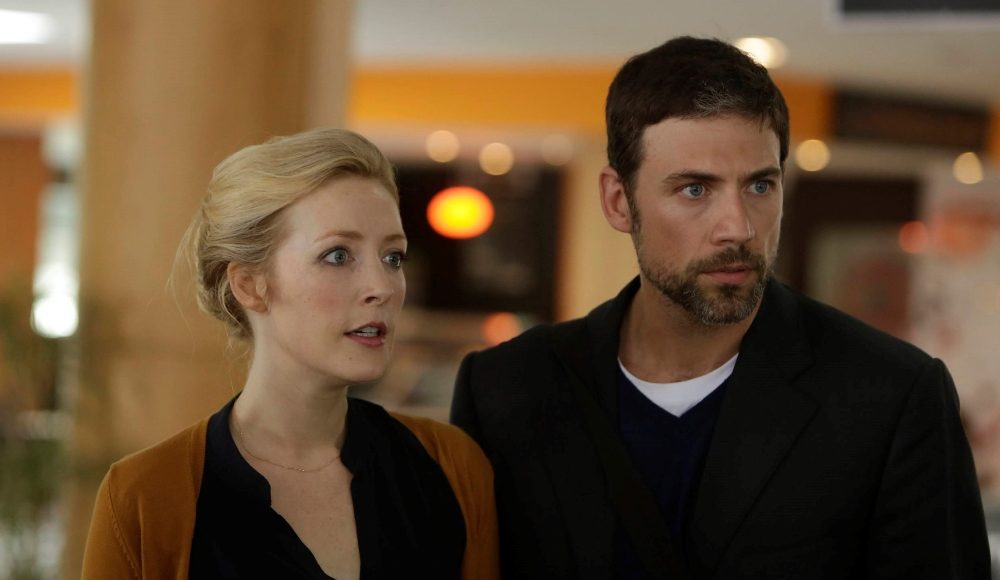 Tyrant Review – FX Drama Has Too Many Goals

The problem with Tyrant, FX’s new drama about an Americanized doctor who is the son of a Middle Eastern dictator, is that the sum is far less than the seemingly random parts which never gel into an engaging version of what should be a great show.

Barry Al Fayeed (Adam Rayner) finally decides to return to the homeland he left when he was 16, because his nephew is getting married. It’s a life he hoped to cut all ties to, and we see why through flashbacks to some of his earliest days. His older brother Jamal (Ashraf Barhom) was clearly chosen to take over, and Barry was largely ignored. Such is the way of second sons. Jamal has grown into just the sort of psychopath every dictator hopes for, but he isn’t quite as bright as his younger brother.

Despite the atrocities his father visited upon him in his youth, and the fact that he fled to the U.S. all those years ago, he naturally hops on a plane with his wife, Molly (Jennifer Finnigan), and two kids – Emma (Anne Winters) and Sammy (Noah Silver).

Throughout the pilot, which all but falls apart under the weight of mountains of establishment, Barry puts forward an air of disgust, which rings hopelessly false as it is betrayed by the fact that he’s going in the first place. He and his wife also have countless conversations that fall flat, and make it seem as though we are meant to imagine that they’ve just met. These and many other difficult trajectories necessitated by the gimmick make it rough to sit through the first few episodes. It’s a prime example of trying so hard at setting the stage that the effort becomes irritating, forgets about more important things, and loses sight of the fact that it probably wasn’t necessary anyway. Look, we’re on board with the idea that Barry doesn’t head back to America in the near future as soon as the show starts. We know that’s where things have to go, you don’t have to keep selling it.

While the bare bones idea seems like something you’d have bought yourself, the final product seems almost to have been made by committee (which isn’t far from the truth of things), which means that most things are oversimplified, and the rest are too stagy to pull you into the show. Finnigan, who was solid in Better with You, but out of her element in Monday Mornings, has no chance to work a character here, because she only exists to throw the sillier thoughts of the audience at Barry, and it doesn’t even matter if her viewpoint is self-conflicting.

She’s equally “naive American” in wanting Barry to stay and wanting him to… well, stay differently, and the shock she’s going to have to deal with when the facade really falls apart is already boring, and it probably doesn’t show up until six or seven episodes in. You know it’s there somewhere, just like the scenes where Barry’s children are going to suddenly have rude awakenings, which means we’re already dragging our heels for no reason. Throw in Barry’s mustache-twirling brother, and some syrupy plays involving a variety of “terrorists,” and this becomes a show that refuses to get out of its own way.

That said, it will be hard for many viewers to reconcile the caliber of what they’re actually watching with how badly they want it to work. There’s a story here that is worth exploring, even if this version kicks everything out by way of the least interesting, “lowest common denominator” methods, and however much the show tries to dodge and weave around really digging into Barry, it may hook a lot of people with the tease that it will show up eventually. That’s made all the worse (or better) with Rayner in the lead, because more often than not he manages to break out of that which the script is making him do. He has a certain charisma about him, but more importantly, he makes you believe most of his character’s moves.

Given the show’s title, and the fact that the fantastically slow boil just doesn’t work, the show might have been the sort of effort that you could really get behind if the first ten or twelve episodes were condensed into five. As it is, through the first few episodes at least, it’s hard to predict great things for a show that is likely to make everyone watching it search for a fast-forward option.

That said, this one has positives that are trying to bash their way through the negatives, and somewhere around the 20th episode this becomes you’re favorite show. Of course, that’s usually the same as saying that you might as well cancel it now.