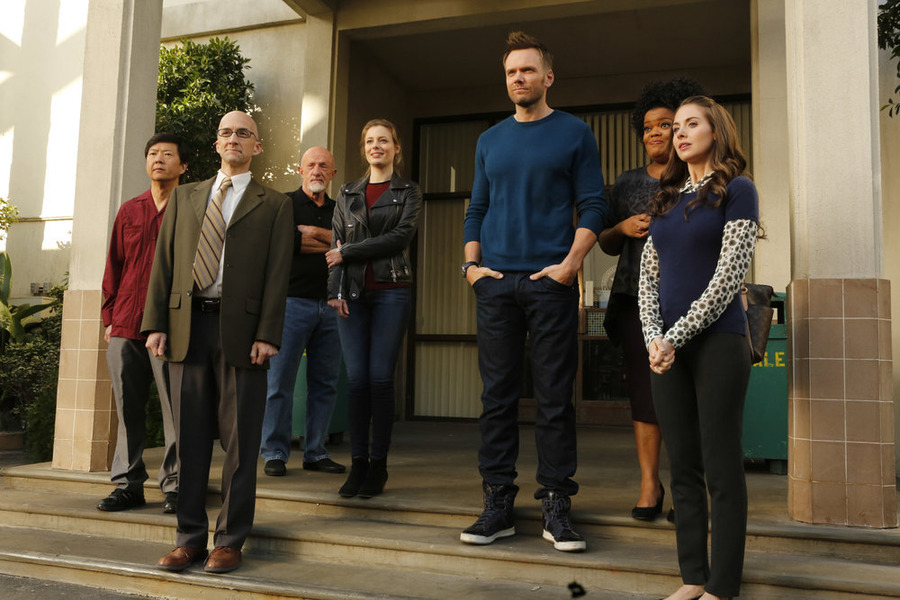 Community fans can finally breathe. Just when things were beginning to really look hopeless, Yahoo as stepped in, and is going to give us the chance to see the sixth season.

Community fans are certainly a vocal crowd, and the show has managed a sort of cult status, in addition to ratings that are, in today’s world, actually not all that bad. McHale and crew will get at least 13 more episodes of community college (because who knows what will happen if the run does well enough) in their continuing effort to never graduate from anything.

The news makes for an interesting step for Yahoo Screen, and hopefully one that marks a future trend.

Get all the info below, and make sure you keep your sights set on Community. Given the last six or seven episodes of the show, I have a feeling this could be one of those truly series that puts out better and better material as it ages.

“Community” is a smart, exuberant comedy that is consistently ranked as one of the most inventive and original half-hours on television. This ensemble comedy centers around a tight-knit group of friends who all met at what is possibly the world’s worst educational institution – Greendale Community College.

At the center of the group is Jeff Winger (Joel McHale, “The Soup”), a fast-talking lawyer who was dis-barred until he could earn a legitimate degree. He chose Greendale, thinking he could breeze through the mediocre school without a hitch. However, he soon found himself the reluctant leader of a disparate group of misfits, all stuck at Greendale for different reasons.

The study group includes Britta Perry (Gillian Jacobs), who dropped out of high school to “change the world” and soon found herself in her thirties with no marketable skills; Shirley Bennett (Yvette Nicole Brown), a religious housewife who landed at Greendale after a messy divorce and is now blossoming into a headstrong entrepreneur; Abed Nadir (Danny Pudi), a socially awkward, but well-meaning, pop culture savant; Annie Edison (Alison Brie), a high-strung perfectionist; and, Ben Chang (Ken Jeong ), a former Spanish teacher who is either insane or an evil genius, or both. At Greendale’s helm is Dean Pelton (Jim Rash), an administrator whose ineptitude is matched only by his love of the school and his devotion to his students.

“I am very pleased that Community will be returning for its predestined sixth season on Yahoo,” comments Dan Harmon. “I look forward to bringing our beloved NBC sitcom to a larger audience by moving it online. I vow to dominate our new competition. Rest easy, Big Bang Theory. Look out, Bang Bus!”

Adds Mc Hale, “‘The reports of our cancellation have been greatly exaggerated.’ —Mark Twain (The other version of this quote has been wrong for years). #SixSeasonsAndaMovie is real. Thank you Sony. Thank you Yahoo. Thank you Dan Harmon. And thank you to the greatest f%$#ing fans in the history of the human race. It’s the internet. We can swear now.”

“Yahoo is all about connecting the best creators to the audiences who love their work. ‘Community’ has an incredibly passionate and loyal fan base who have fought hard to keep this amazing show alive. We couldn’t be more excited to work with Dan, Joel, and the entire cast, as well as Sony, to deliver a great season 6.” said Kathy Savitt, CMO of Yahoo.

“The fans spoke and we listened. Thanks to Yahoo, and the amazing team that makes ‘Community’ great, we’ve avoided the Darkest Timeline yet again and plan to deliver a fantastic season,” said Zack Van Amburg, president of programming and production for SPT.

Adds Jamie Erlicht, president of programming and production, “You can’t get to six seasons and a movie without a 6th season. Yahoo is the perfect home for the continuation of this journey.”

The series is a Krasnoff-Foster Entertainment and Harmonious Claptrap production, in association with Universal Television and Sony Pictures Television.