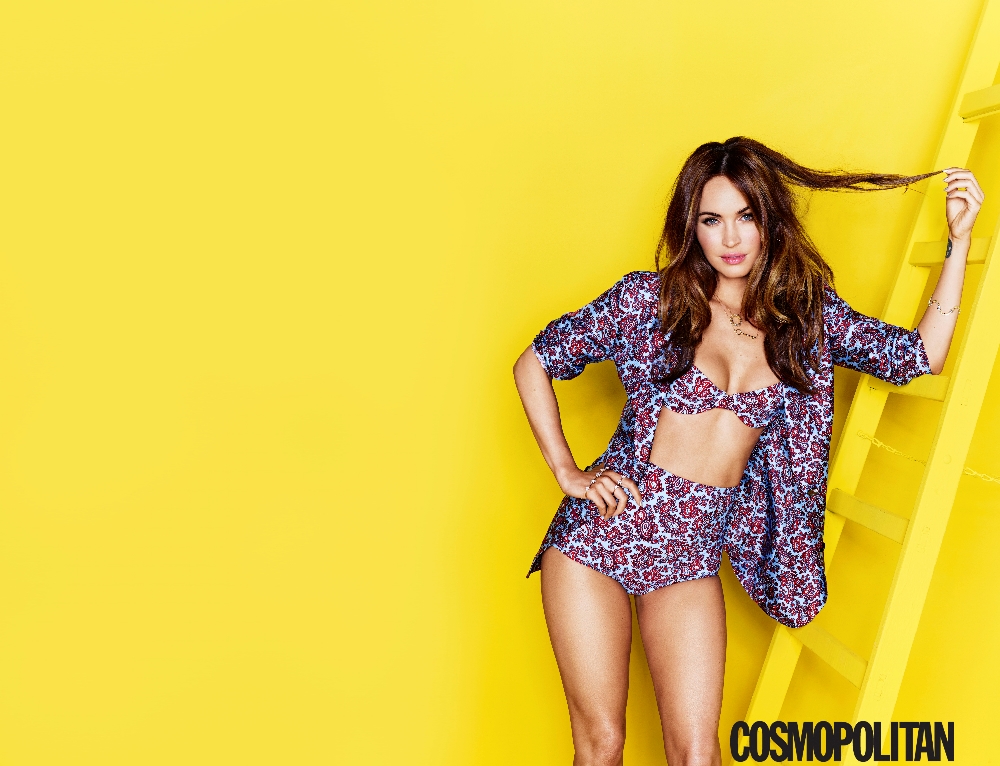 Sure, there were some nay-sayers when it was first announced that she would be April O’Neil, but let’s face it, that was back before we saw a trailer.

On someone she finds sexy:
“I think Ellen [DeGeneres] is sexy. Maybe it’s the way she gives off the impression that she’s anti-‘the business’ even though she’s engaging in it. And humor is always sexy.”

On reading Cosmo:
“I remember I used to think it was a big deal, when I was like 15, 16, and I knew that Cosmo was something my mom probably didn’t want me to read, and so it was exciting to get a hold of it because you felt like you were getting a glimpse behind what it was to be a woman; they’re letting you in on womanly secrets.”

Check out the full story in the August issue on newsstands July 8th and on Cosmo.com: http://www.cosmopolitan.com/celebrity/news/megan-fox-august-2014-cosmo-cover 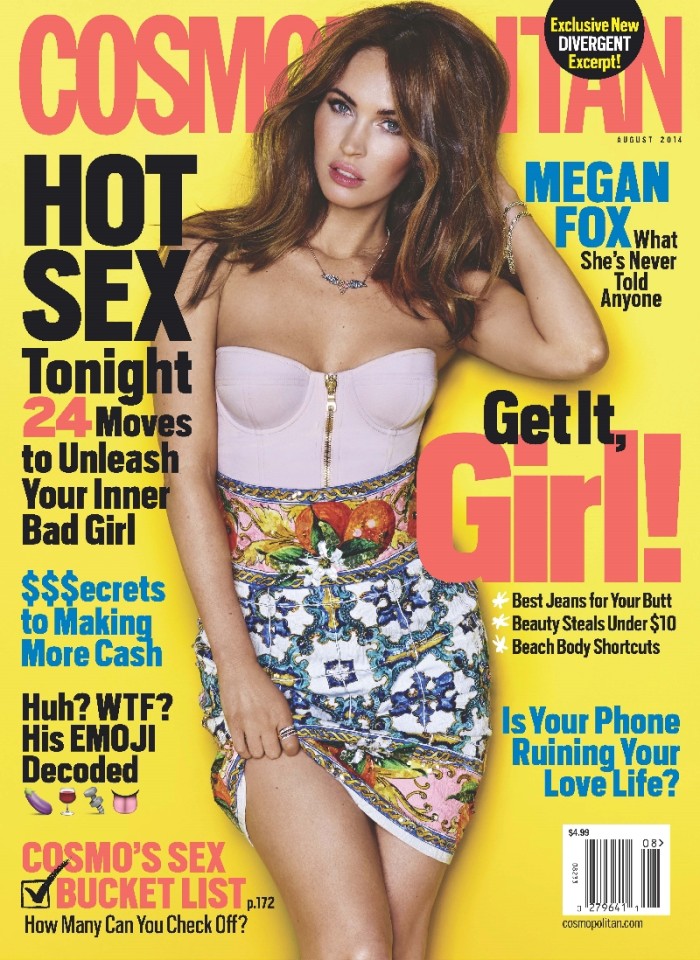