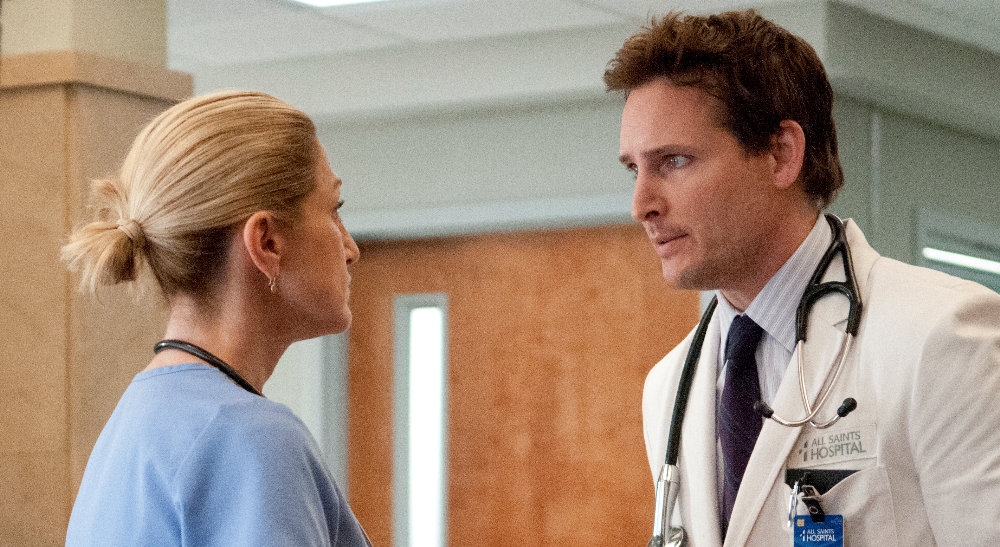 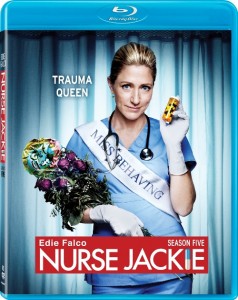 The fifth season of Nurse Jackie is a somewhat unique spin in the world of TV series, because the premise of the show is turned upside-down. While Edie Falco has spent four seasons winning critical acclaim as titular, drug-addicted nurse who has to find a way to make all the facets of her life work, the writers correctly determined that it was time that the gimmick made some new movies. Thus, the fifth season has Jackie sober, and quickly approaching the one-year anniversary of her sobriety.

With her marriage falling apart, her job resting on a very precarious perch, and her ability to effectively don a parental role, Jackie has an entirely new set of problems to manage, and coping isn’t necessarily something she’s great at… depending on how you mean that.

Of course, when your personal life is in a shambles, your workplace irritatingly doesn’t have the common decency to take care of all of its own problems, and Jackie finds herself juggling some new, and continuing, battles on that front as well. If it isn’t the new doctor in charge, it’s the new doctor who is used to having everything handed to her because of her looks (and willingness to sleep with people), and if not that, then it’s the fact that her boss is losing her memory. None of it quite makes life any easier, and certainly doesn’t make all the pills seem any further away.

The season is easily one of the show’s strongest, probably a result of the automatic tension inherent in everything that happens, because wherever we are in our journey with Jackie, we never know if/when she’s going to fall off the wagon. As I mentioned, this is only heightened by the fact that she couldn’t be more surrounded by triggers, any one of which might easily push her over the edge.

One of the show’s most brilliant writing scores is the way in which it highlights the fact that even things that ought to be “good,” finding a new man, for example, are still just the sort of stressors that make sober life difficult. The supporting cast is just as solid as it always has been, and the spins involved in the play at the overall structure give Merritt Wever some added time to do more interesting things. 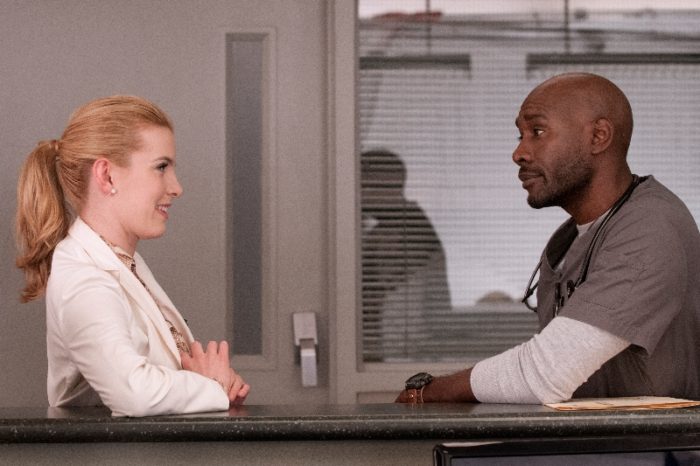 The only potential drawback is that Betty Gilpin’s character, the previously mentioned new, hot doctor who is used to not having to do her own work, is initially very one-dimensional, and doesn’t move past a bland stereotype for quite a while.

Impressively, the show manages to reinvigorate everything that made it so compelling in the first place, largely by never taking the easy way out of situations. Sober Jackie has none of her problems fixed for her, and has a mountain more of them. We may have new faces, and new spins on everything that can go wrong in a hospital, but it all still rests on a determined focus toward offering up reality, and only moving through the plot design by asking what the characters we’ve built might actually do, instead of what creates the most drama.

There’s room for improvement in the bonus feature selection, but fans won’t really be disappointed. The focus featurettes aren’t usually worth much, but here we get one that shows us the new characters (New to the Floor), and one that runs through the changes of having A Sober Jackie. They’re both better than average, especially when you get some insight into turning the show around with a sober Jackie, as seen from the point of view of the people who have to write the show.

You also get the standard deleted scenes and gag reel, though neither of these have much for anyone except the die-hards. The gag reel is pretty good, but nothing special, and the deleted scenes aren’t exactly game-changers.

You also get commentary tracks on some episodes with various cast and crew, the best of which are those which find the commentary running far afield of what we’re watching. At these points you’ll get a lot more background, and detail on more general theory of what everyone hoped to accomplish with the season as a whole, rather than just throwing out anecdotes about the particular scenes. These are solid efforts, and fans will appreciate having them.

Overall, this is a definite win, and a release worth owning. It’s still one of the best shows around, and it isn’t slowing down.

After leaving rehab early, Jackie finds sobriety and relative happiness — but that is the calm before the storm. With her marriage coming to an end, a careless accident sends Jackie (Falco) to her own All Saints Hospital for emergency care. While recovering, she meets NYC policeman Frank Verelli (Ferrera), whose flirtatious advances may lead Jackie into uncharted territory: dating. Stepping out of her usual comfort zone, challenged by new colleagues, Jackie faces her one-year sobriety anniversary.