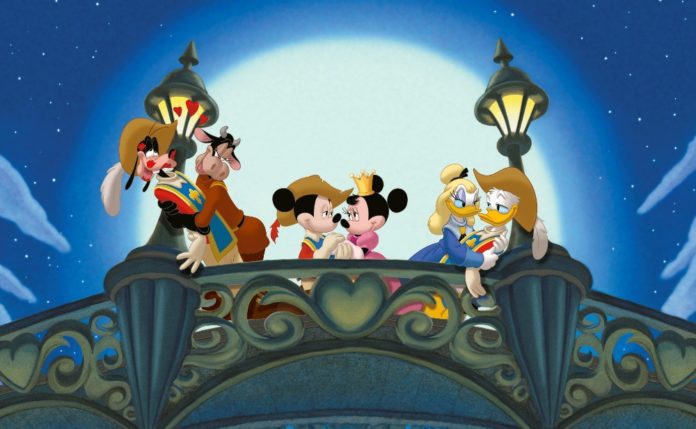 A slew of classic Disney movies are hitting for the first time on Blu-Ray, including one double-pack release, and you’re going to want to make sure to pick these up. You haven’t paid attention to some of these titles for a while, and it’s about time you got the chance to catch them on Blu-Ray. The best part is that there’s a great mix of releases hitting. Bedknobs and Broomsticks is all but lost in the cultural consciousness, and it deserves a return. The Academy Award-winning movie from the year I was born is filled with a lot of fun and adventure, and like most Disney films, holds up well for a whole new generation.

The rest of the group covers a great spectrum, including two animated “big” titles, and a 10th Anniversary release. There’s a lot to expose your family to here, so check out all the info below, including some cool clips. 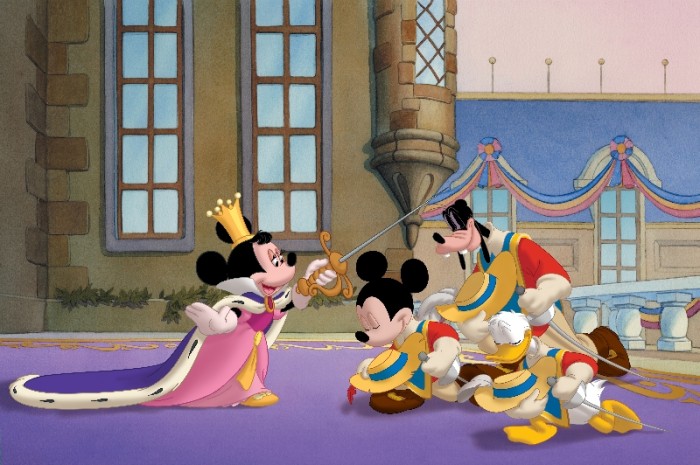 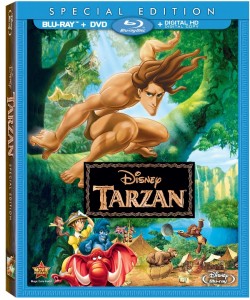 Synopsis: Disney’s legendary adventure is better than ever as “Tarzan®” bursts onto Blu-ray for the first time ever with spectacular picture and amazing sound. Filled with thrills, laughs and Academy Award®-winning music (Best Music, Original Song, “You’ll Be In My Heart,” 1999), this family favorite will make you go wild.

Disney’s magnificent adaptation of Edgar Rice Burroughs’ story begins deep within the jungle when baby Tarzan is adopted by a family of gorillas. But his “Two Worlds” collide with the arrival of humans, forcing Tarzan to choose between a “civilized” life with the beautiful Jane and the life he shares with his fun-loving friends and his gorilla family. Enjoy this wild and wonderful adventure in a whole new way on Disney Blu-ray! 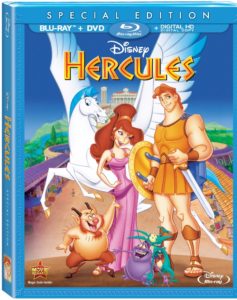 Synopsis: Experience “Hercules,” Disney’s animated classic from the creators of “Aladdin” and “The Little Mermaid,” on Blu-ray for the first time ever! Nominated for an Academy Award® (Best Music, Original Song, “Go The Distance,” 1997), this legendary family favorite is packed with colossal laughs and non-stop adventure.

Taken from the gods as a newborn and adopted on earth, Hercules is just an awkward pillar of strength trying to fit in. What he wants most is to impress his father Zeus. When Hercules discovers Hades’ sinister plot to take over Mount Olympus, he goes from zero to hero and, with the help of his pals Pegasus and Phil, discovers that real strength comes from the heart! 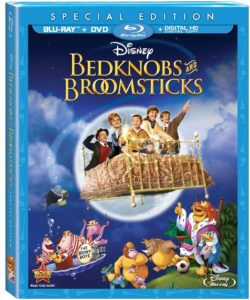 Synopsis: Let the enchantment begin! Disney’s Academy Award® winning classic, “Bedknobs and Broomsticks” (Best Visual Effects, 1971), soars onto Blu-ray for the first time with an all-new digital master. Experience a dazzling blend of live action and wondrous animation from the producer, director and writer of Mary Poppins, sure to delight the entire family.

Disney legends Angela Lansbury (“Beauty And The Beast”) and David Tomlinson (“Mary Poppins”) star in this beloved film about an apprentice witch who reluctantly takes in three orphan children. Though her first spells create more laughs than magic, Miss Price and the children soon find themselves swept away aboard a fantastic flying bed – their ticket to fun-filled excitement and adventure. Take the ride of your life with “Bedknobs And Broomsticks.” 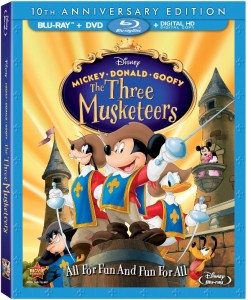 Synopsis: Celebrate the 10th anniversary of Disney’s swashbuckling adventure, “Mickey, Donald and Goofy: The Three Musketeers,” presented for the first time ever in a dazzling new Blu-ray Special Edition! Join Mickey and all your favorite Disney characters in this outrageously funny take on the timeless tale.

Best buddies Mickey, Donald and Goofy are small-time janitors with big dreams of becoming Musketeers. They may not look like heroes, but, powered by teamwork and friendship, they soon discover they can accomplish anything if they work together. Packed with six rousing songs and now fully-restored with new and classic bonus features, this heartwarming family film is better than ever on Disney Blu-ray and High-Def Digital. It’s “All For Fun And Fun For All!”

THE ADVENTURES OF ICHABOD AND MR. TOAD 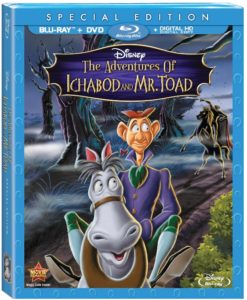 Synopsis: Experience Walt Disney’s timeless classic, “The Adventures Of Ichabod And Mr. Toad,” on breathtaking Blu-ray for the first time ever! Disney’s humorous retelling of two unforgettable classics, The Legend Of Sleepy Hollow and The Wind In The Willows, wonderfully narrated by Basil Rathbone and Bing Crosby, come together in one magnificent adventure.

First, hang on for a wild ride with the fun loving Mr. J. Thaddeus Toad. When his passion for motorcars lands him in hot water, he must rely on his faithful friends to clear his name. Then meet the infamous Ichabod Crane whose comic rivalry for the affections of the town beauty leads to a heart-pounding race with the legendary Headless Horseman. Share these high-spirited adventures with your whole family on Blu-ray and Digital HD.

Cast: Bing Crosby (“Holiday Inn,” “White Christmas”) as Narrator, The Legend of Sleepy Hollow, Basil Rathbone (“The Adventures of Sherlock Holmes,” “The Hound of the Baskervilles”) as Narrator, The Wind in the Willows.
Director: James Algar (“Bambi,” “Fantasia”), Clyde Geronimi (“101 Dalmatians,” “Peter Pan”) and Jack Kinney (“Melody Time,” “The Three Caballeros”)
Story By: “The Legend of Sleepy Hollow” based on the story by Washington Irving.
“The Wind and the Willows” based on the story by Kenneth Grahame.
Written By: Erdman Penner, Winston Hibler, Joe Rinaldi, Ted Sears, Homer Brightman and Harry Reeves.

THE ADVENTURES OF ICHABOD AND MR. TOAD/FUN AND FANCY FREE 2-MOVIE COLLECTION 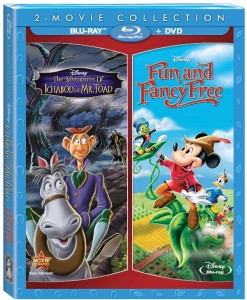 Synopsis: Experience two classic Disney masterpieces, “The Adventures Of Ichabod And Mr. Toad” and “Fun and Fancy Free” for the very first time on Blu-ray.

Enjoy Disney animation’s humorous retelling of two unforgettable classics, “The Legend Of Sleepy Hollow” and “The Wind In The Willows,” wonderfully narrated by Basil Rathbone and Bing Crosby, which come together for magnificent adventures.

Then have some fun with Mickey, Donald, and Goofy in “Fun and Fancy Free,” as Jiminy Cricket brings to life the timeless tales of Bongo and Mickey and the Beanstalk. This was the last animated feature starring Walt Disney as the voice of Mickey Mouse and the only film featuring all four of Disney’s most famous characters.

These classic films follow Disney’s tradition of combining great storytelling, unforgettable characters, music and adventure to create fun you can share with the whole family. Includes Disney bonus classic, “The Reluctant Dragon” – only on Blu-ray!