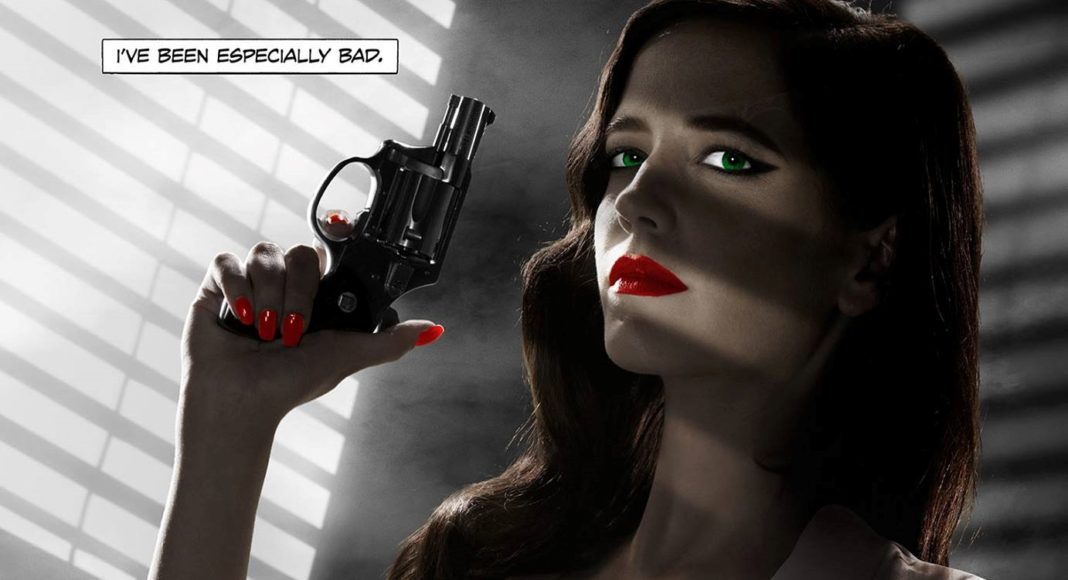 Sin City: A Dame To Kill For Review

You can’t deny the artistic abilities found in Sin City: A Dame To Kill For, but it looks like Frank Miller may have lost his storytelling abilities to his ego. There’s something to the idea of fusing a film from the largely unconnected stories that might exist as “issues” of a graphic novel, but this isn’t how you make such a theory work.

The film kicks off with Marv (Mickey Rourke) walking us through an encounter that simply serves as an explanation of who he is, and puts him into the world so that we recognize him when he shows up later. This takes us to Dwight (Josh Brolin), and Johnny (Joseph Gordon-Levitt), who will each have their turns being the focus of stories that don’t connect to each other.

Dwight has his world disrupted when Ava (Eva Green), an ex, contacts him out of the blue. She dumped him to get a fantastically wealthy husband, but she’s returned to Dwight to tell him about the abuse she suffers now. Dwight hates Ava, largely because he knows he can’t resist her, and he’s determined to… resist her. Rather obviously, it doesn’t take long before Dwight is pulled uncontrollably into a mission to kill Ava’s husband, and he’s going to have to deal with superguardian Manute (Dennis Haybert). Curiously, Ava may not be acting with the purest of intentions. 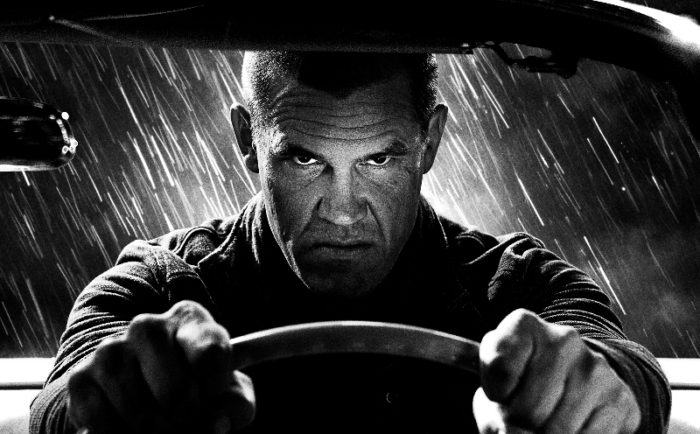 Meanwhile, Nancy (Jessica Alba) is the featured dancer at the club where Sin City comes to die, and Senator Roarke (Powers Boothe) comes to play poker. Nancy is struggling with her desire to kill Roarke, and her ghost-friend, Hartigan (Bruce Willis), is struggling with Nancy’s miserable struggle. Johnny, who really has no connection to anything else, is Mr. Lucky, who hits the jackpot on every pull, and he’s after beating the Senator at poker, all the better to make him look stupid… or whatever. Senator Roarke is not exactly a good loser though, and Johnny may never lose, but he doesn’t really know what he’s about to win.

The film leaves Johnny’s story as bookends, going so long without seeing him that you eventually doubt he’ll turn up again, and focuses mainly on Ava’s grand machinations, sucking Dwight into them, and the fact that Roarke is a real bastard. It’s a strange idea, and though it seems that it is designed to unsettle you with the oddness of the storytelling as much as the unusual and grandiose visual style, it doesn’t manage to overcome the fact that odd is still odd.

As unique, interesting, and fun as the visuals are, the story is just that predictable and boring, and just because there’s a lot of nudity and decapitation, it doesn’t change the fact that the plot is practically a children’s book version of film noir with hollow, largely useless characters. Every next step is more obvious than the last, and even the few moments that are potentially interesting and/or surprising are made completely transparent and lifeless by the way the film builds toward them. Worse still, whatever statements the film might be trying to make are utterly lost in misused hyperbole. You might expect that the film has something to say about government, relationships, the state of society, and much more, but all it delivers is certain ideas about lunatics, psychopaths, and morons.

It’s a film of wasted opportunity, built from something that might have made for a great piece of entertainment. It becomes the sort of irritant that moves toward being worse the more it offers up the small bits of positive it manages,because its that much more of a letdown. The acting is often solid, especially given the fairly ridiculous portrayals being asked for, with the exception of Jessica Alba, who snaps the audience completely out of the experience whenever she shows up.

The first twenty minutes trick you into thinking that you’re going to see something very different, and quite good, and when the rest of the movie happens at you, it’s a surprising level of disappointment. It’s one of those rare movies that might have been slightly better overall, if it had been slightly worse overall, so that you weren’t forced to focus on the bland effort at storytelling and the poor decisions that destroyed what you were getting at the start.