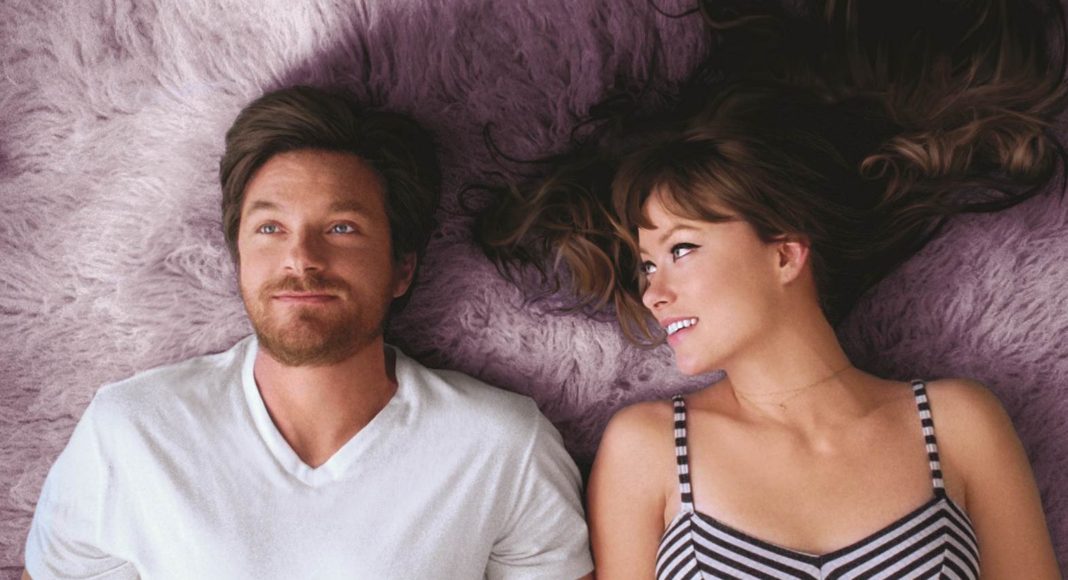 As is often the case with new directors, Peter Glanz’ The Longest Week is built from one of his earlier short films, A Relationship in Four Days. It’s a film that is going to divide critics, many of whom will dislike it for all the things that make it great, and is a tricky sell to most audiences. There’s a fine line between a derivative work (or one that is just patently stolen) and an honorific, and watching The Longest Week reminded me of nothing so much as Down with Love. While Down with Love was more directly putting forward the films it nodded to, and was more focused in its subject, it had a difficult time winning fans, and I suspect for similar reasons, even one has far easier entry points than the other.

The Longest Week revolves around Conrad Valmont (Jason Bateman), and the way he spends a week that starts off with him being cut off from the family fortune. Pushing 40, Conrad has never had to work, and has spent his life as the philandering prototype we might expect. When he’s kicked out of the family’s hotel, he goes to stay with his wealthy artist friend, Dylan (Billy Crudup), but doesn’t let on that he’s broke and has no idea what he’s going to do. Conrad soon learns that Dylan is trying to woo a model, Beatrice (Olivia Wilde), and despite repeated warnings from Dylan that Conrad better not try anything, Conrad and Beatrice are soon involved in a relationship. Peppered throughout the film are Conrad’s visits to his therapist (Tony Roberts), which provide a certain ability for both to cut to the chase of our character development. We also get further insight by way of narration (Larry Pine – who is, if you weren’t aware, a Dave Gorman).

If you’re looking at the plot in its most bullet-pointed form, it’s clearly a rather contrived and uninteresting mess, and undeniably has very little to say about anything, but this is not a film that’s about what it’s about. Just from the title of the short film which spawned this one, it’s easy to see that, whatever the film might be about, it’s probably about it rather hyperbolically.

Conrad flounders around in a state of confusion, mainly because he’s suddenly forced to wonder what it is that people “do” exactly, and he falls hard for Beatrice, while continuing to see his therapist on a daily basis, mostly so that he can admit, again, the flaws he has, all the better to pointedly lack the maturity to care about them. As we progress, our couple goes through the same stages we would see if this were a story about a years long love affair, but because they are who they are, they can manage the emotional upheaval, or absolute lack thereof, in just a few days.

It’s easy to take this film as, at the very least, “borrowing heavily” from Truffaut, Godard, Woody Allen, Whit Stilman, and several others (I feel like there’s a hint of Jarmusch), depending on what aspects you’re paying the most attention to (script, visual style, dialog, etc.). Because it isn’t direct (which, in itself, is part of how it borrows from at least Truffaut), the play could easily feel like such a lack of one’s own abilities that it smacks of a certain disingenuousness of effort, or a kind of meta-disinterest (it doesn’t care enough even to express its own inability to care). Where Down with Love gets the honorific out by shouting out the films it is stealing from, and declaring that it puts the thing together because it loves those films, The Long Weekend has a far more difficult road, because what it’s after loving is something more like film school in general, or certain favorite portions thereof. Moreover, there is a sense in which this is not a film at all (again, a New Wave-influenced thought), but more of a conversation about certain elements Glanz (who also wrote it, of course) loves about films. Stealing from other films doesn’t exactly take a lot of talent, or make for a brilliant film… except when it does, and managing a 60s-esque, postmodern French… present day New York, with characters clearly belonging to a certain sphere, uttering dialog reminiscent of another, with both a frequently-appearing psychoanalyst and a narrator… well, that’s impressive. Just that it doesn’t all fall apart into incoherence takes some skill, but weaving it all into something that still rather subtly allows Jason Bateman, Olivia Wilde, and Billy Crudup to run with their characters, often by having them say very little, is just art.

There is one five-minute span in the film which is very nearly the perfection of the overall effort in microcosm (which is also its own honorific, though perhaps an accidental one), and it involves Conrad running through the streets and suddenly seeing Beatrice through a window with Dylan. The cuts, lighting, and framing as Conrad wanders reminds of one era, and his looking through the window reflects another. We jump to Conrad back at Beatrice’s apartment, and that’s another. The conversation they have is yet another. It all flows. It all works together. And, it all feels for all the world like sitting in a bar with Glanz as he tries to “show” you why he loves movies.

It’s a kind of self-indulgent revelry that is both Conrad’s life’s blood, and his antithesis, and as the film winds down, Conrad doesn’t seem to have gotten anywhere for all the “life” that seemed to happen during his week, and it’s hard to imagine the audience has actually been witness to anything at all. That’s tough to sell to most people. As are all those movies, theories, and directors The Last Weekend wants to share with you.

On the other hand, maybe Conrad figured some stuff out after all, even if it was only what he was trying to figure out.