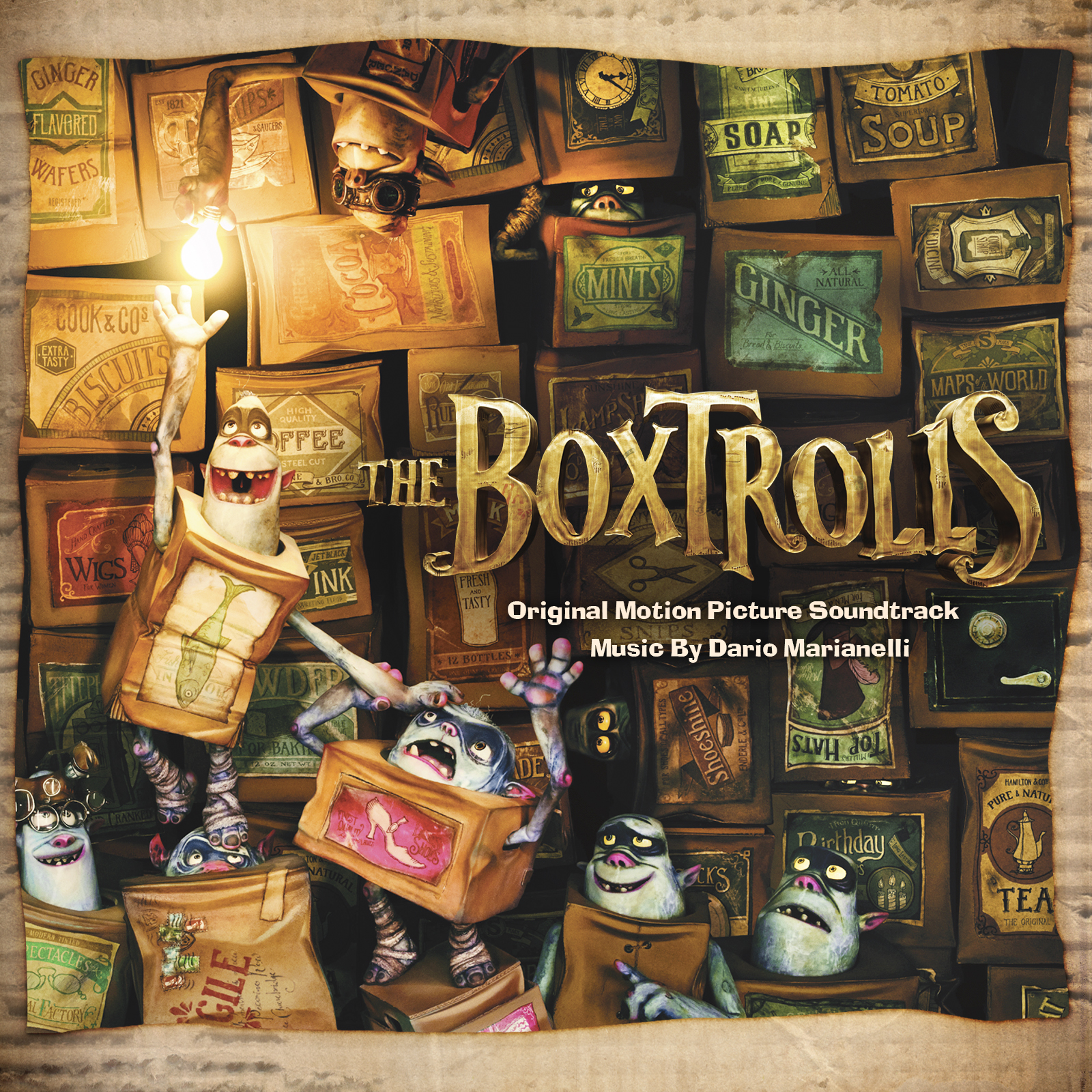 Unless you’ve been living underneath your local town, you’re already excited for the upcoming release of The Boxtrolls. Well, there’s more in store for you than just another amazing family film by Focus Features and LAIKA. There’s also a brilliant soundtrack by Academy Award®-winning composer Dario Marianelli (Atonement), with an original song by Eric Idle (of Monty Python fame), plus classic songs performed by the group Loch Lomond.

The soundtrack hits on September 23rd, and it has all the quirk and charm of the lovable Boxtrolls themselves.

Take a look at all the details below, and get a glimpse of (and preorder) The Boxtrolls Soundtrack on iTunes. 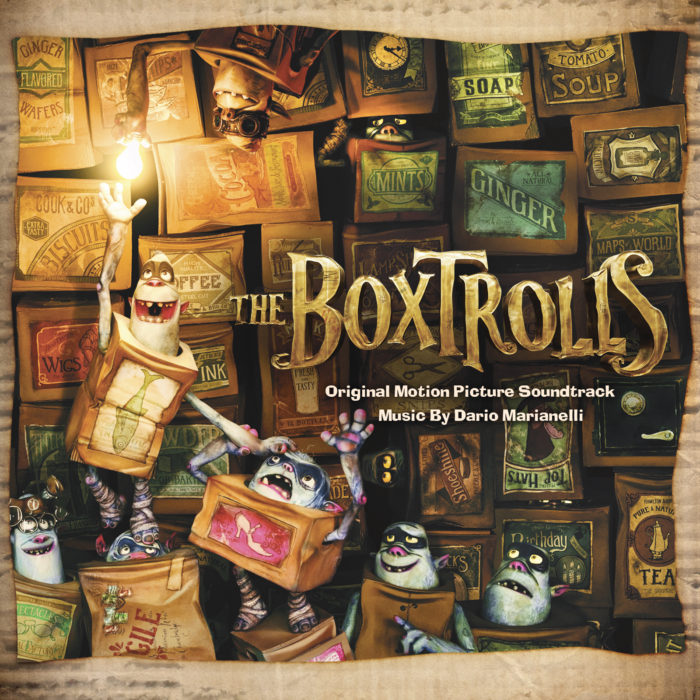 Back Lot Music will release The Boxtrolls – Original Motion Picture Soundtrack digitally and on CD September 23, 2014. The album features an original score for the Focus Features and LAIKA family event movie by Academy Award®-winning composer Dario Marianelli (Atonement) and an original song by Eric Idle (of Monty Python fame), plus classic songs performed by the group Loch Lomond.

The Boxtrolls is the first animated feature that Oscar® winner Dario Marianelli has scored, and he began his work notably early in the production process.

“That was a huge benefit for us,” said The Boxtrolls co-director Graham Annable. “Dario started work when most of the movie was still in the storyboard phase, and he was able to ask for a few more seconds here and there to let his score breathe – and truly support key moments in the movie. Later, he would also adapt the waltz that he wrote to fit finished shots.”

The quirky creatures known as the Boxtrolls spend their nights dumpster-diving on the streets of Cheesebridge to salvage thrown out or broken materials, which they then employ to build and fix things in their fantastical underground community. In much the same way, Marianelli employed unusual instrumentation for his score. “The orchestra made use, at one time or another, of a theremin, a saw, a music box, toy piano, dulcimer, accordion, rubbed glasses, washboards, broken light bulbs, forks and knives, and a typewriter,” said Marianelli.

A key piece that Marianelli composed is the barbershop quartet track “Quattro Sabatinos.” He noted, “One of the most important scenes was also one of the earliest I worked on: the montage sequence during which Eggs is growing up. I had a few goes at scoring it before we all agreed that having that one song going through would help the montage gel together better.”

Enhancing the humorous nature of The Boxtrolls with an original song was comedy icon Eric Idle, of the Monty Python troupe, who contributed the words & music of “The Boxtrolls Song.”

Idle explained, “I do like telling a story in song. From the artwork that the production sent me, I saw that this movie would have fresh and original characters. In context, this would be a song that the people of Cheesebridge sort of knew. So the song had to have a catchy hook to anchor it as well as quite a strong chorus. I started writing, and playing on my guitar, and came up with something that aimed for a Kurt Weill feel.”

“He just nailed it,” said Annable. “When you hear the song, the devilish wit in the lyrics marks it as Eric’s work. Monty Python was definitely an influence on The Boxtrolls, so we’re thrilled to have Eric be part of our movie.”

Rounding out the album are three tracks – old and new – from the Portland-based band Loch Lomond. The co-ed sextet distinctly incorporates harmonic vocals, mandolin, theremin, bass clarinet, and all manner of exclamatory percussion minutia to play off the distinct, arresting voice of lead singer/multi-instrumentalist Ritchie Young.

Focus Features will release The Boxtrolls, the new movie from animation studio LAIKA, the creators of the Academy Award®-nominated Coraline and ParaNorman, in theaters nationwide on September 26, 2014. The Boxtrolls – Original Motion Picture Soundtrack will be available digitally and on CD September 23, 2014. A vinyl version of the soundtrack will be released at the end of 2014.

1. The Unspeakable Has Happened

11. Snatcher and His Stooges

24. Some Kids – performed by Loch Lomond

Being released nationwide by Focus Features on Friday, September 26, THE BOXTROLLS (www.TheBoxtrolls.com) is the all-new family event movie from LAIKA, the creators of Coraline and ParaNorman that introduces audiences to a new breed of family – The Boxtrolls, a community of quirky, mischievous creatures who have lovingly raised a human boy named Eggs (voiced by Isaac Hempstead Wright of Game of Thrones) in the amazing cavernous home they’ve built beneath the streets of Cheesebridge. When the town’s villain, Archibald Snatcher (Academy Award® winner Ben Kingsley), comes up with a plot to get rid of the Boxtrolls, Eggs decides to venture above ground, “into the light,” where he meets and teams up with fabulously feisty Winnie (Elle Fanning of Maleficent). Together, they devise a daring plan to save Eggs’ family. Based upon the book Here Be Monsters, by Alan Snow, The Boxtrolls is directed by Anthony Stacchi and Graham Annable and is MPAA-rated PG.