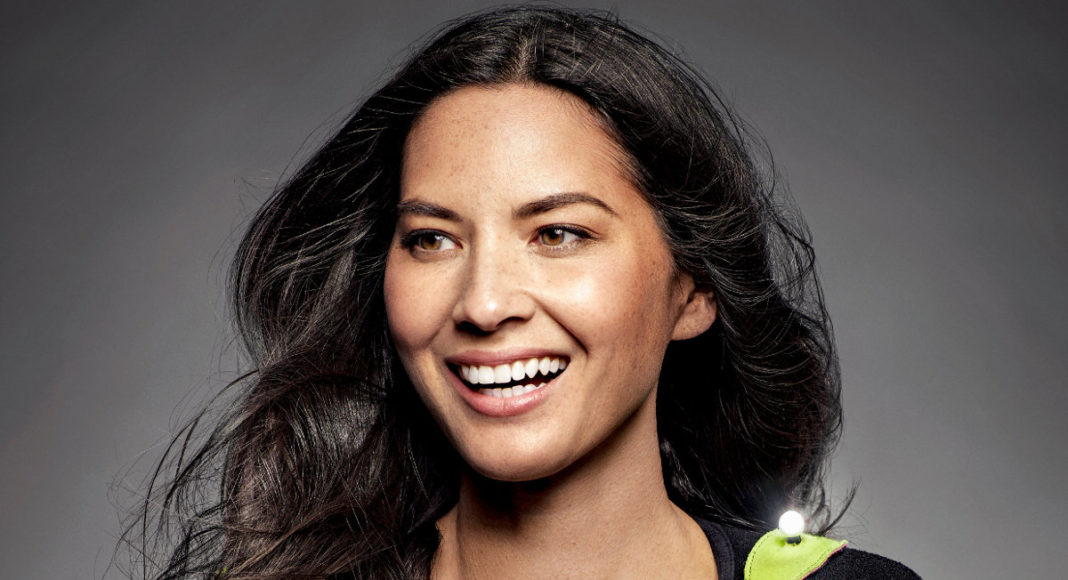 Olivia Munn has held a special place in the hearts of gadget geeks since Attack of the Show, and her off-kilter roles (like in Beyond the Break, and the unfortunately short-lived Perfect Couples) have earned her a kind of cult following. Of course, The Newsroom isn’t hurting her status either.

She’s in the upcoming film Mortdecai, playing alongside Johnny Depp as a character with a thing for mustaches, but perhaps more importantly, she’s on the cover of January’s Popular Mechanics, and is hosting The Incredibly Special Effects Awards inside the issue. The awards salute the year’s most stunning technological moments in film, including miniature hotels, digital aliens, lots of fake blood, and Michael Keaton. Receiving awards are – Gone Girl (Best Slaying of the Year), Boyhood (Best Analog Effect) and Interstellar (Achievement in Scientific Accuracy)

Catch a few quotes of the article below, and get the full story here – http://www.popularmechanics.com/technology/gadgets/tech-news/olivia-munn-interview-the-newsroom-mortdecai

On her character in Mortdecai: “My character has a very strange mustache fetish, so that can derail things sometimes. There’s definitely a scene with a horse.”

On her childhood with her brothers: “My sisters were always doing makeup and curlers, and I wasn’t interested in that. As early as I can remember, when we’d all be kicked outside for the summer, my brothers and I would make a huge fort and string out the electricity from inside and build an air-conditioning unit. In the winter we built igloos. We made them so perfect that we’d be sweating inside. For fun, occasionally we’d decide to do something like make our own batteries out of pennies. We’d just create.”

On doing her own stunts in Mortdecai: “I grew up doing karate and gymnastics and everything, so there’s a part of me that likes the challenge. Later I had to ride in on this horse at full gallop through a very narrow path and trees coming up over us and land literally on a dime and jump off the horse.”