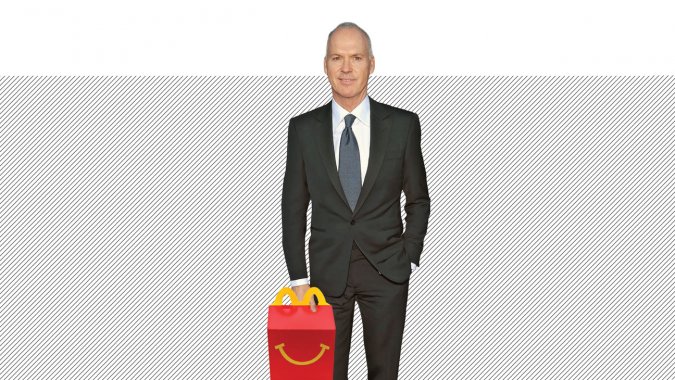 There are a lot of ways this could go, but it’s good to see that there won’t be a fight about it. There may be a lot of comment after the fact, and I don’t know that I care any more about a McDonald’s movie than I did about a Facebook one, but I am interested to see what Michael Keaton hopes to do with it.

As I’venoted many times, last year was so biopic-heavy that it started to get boring, and other critics have mentioned the fact that, for general audiences at least, it might do to be a little more selective, as opposed to trying to flood the market. But, even if this doesn’t jump out as being something everyone needs to me, it’s goodto see that we’re not going to have to go through whatever legal mess might arise.

What’s your take on this? Do you care? Is this something that can be spun into an interesting movie?

As depicted by The Wrestler screenwriter Robert Siegel, Kroc begins the film as a 50-something milk-shake-mixer salesman who sweet-talks two brothers from San Bernardino, Calif., Mac and Dick McDonald, into franchising their successful hamburger stand.

As the restaurants multiply, Kroc ultimately snatches the McDonald’s name from them. The script maintains that Kroc cheated the brothers out of $200 million and, until his death in 1984, pretended to have made up the name McDonald’s himself.

The Machiavellian maneuvering recalls that of another film about the birth of an American corporate monolith: The Social Network, which dramatized the infighting between Facebook founder Mark Zuckerberg and the various Harvard classmates who claimed he double-crossed them along the way.

ABOUT US
News and Reviews covering all forms of screening and beyond. We screen things so you have to.
FOLLOW US
© Copyright Are You Screening? 2008-2021