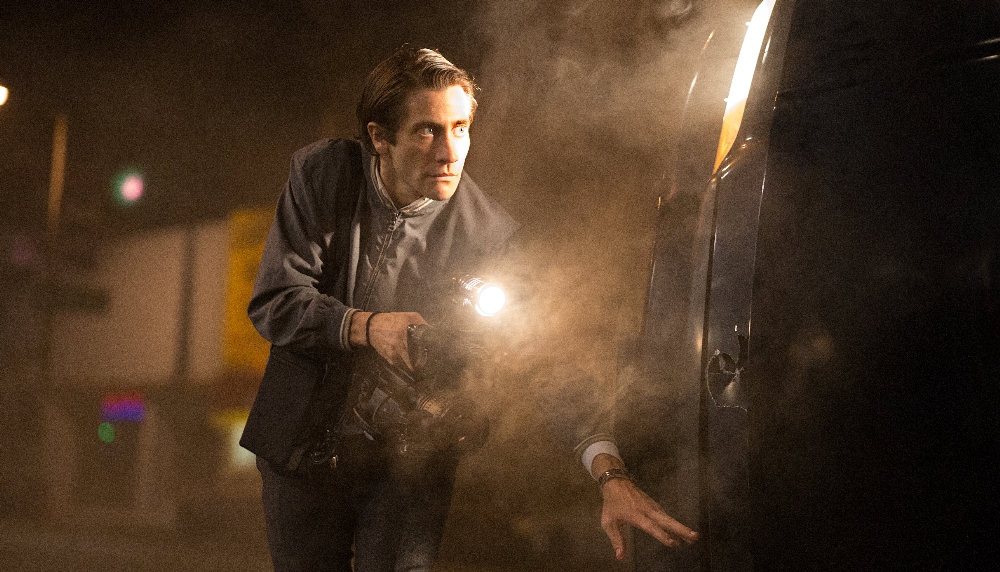 Nightcrawler blew us away, even if we didn’t give us the biggest ratings ever, and though there are a lot of positives, it was all about Jake Gyllenhaal.

The show will say that we’re also reviewing Horns, but we didn’t both get a chance to get to it before the show.

The curious thing here is that this one clearly grew on us over time, because by the end of the year we were still thinking about it.

It is one that makes me wonder how general audiences are going to take it in, but considering the awards attention, apparently people are liking it. It’s a rare nomination, because it’s such a strange film, and a nomination that probably makes a lot of people hopeful.

Give us a listen below, and check out a cool promo clip for the Blu-Ray release. And, be sure to share, subscribe, and rate and review us on iTunes!

Nightcrawler is a pulse-pounding thriller set in the nocturnal underbelly of contemporary Los Angeles. Jake Gyllenhaal stars as Lou Bloom, a driven young man desperate for work who discovers the high-speed world of L.A. crime. Finding a group of freelance camera crews who film crashes, fires, murder and other mayhem, Lou muscles into the cut-throat, dangerous realm of nightcrawling–where each police siren wail equals a possible windfall and victims are converted into dollars. Aided by Nina (Rene Russo), a veteran of the blood-sport that is local TV news, Lou blurs the line between observer and participant to become the star of his own story.