While We’re Young, the latest by Noah Baumbach, is hitting on March 27th in New York and L.A., with expansion in April, and the film has released a few new images.

You may be aware that I’m a huge Noah Baumbach fan, so I consider it a special treat that he put some of my favorite actors together in a movie, and decided to release it on my birthday.

Take a look at the trailer, and then check out the new images below.

This one is going to be a lot of fun, and my prediction is that people will be putting this one on their best of the year lists. Of course, it has that tricky, beginning of the year release to contend with, and people will ignore a Baumbach film if they can (Frances Ha, Greenburg), but this one looks like the film people are going to want to keep talking about. 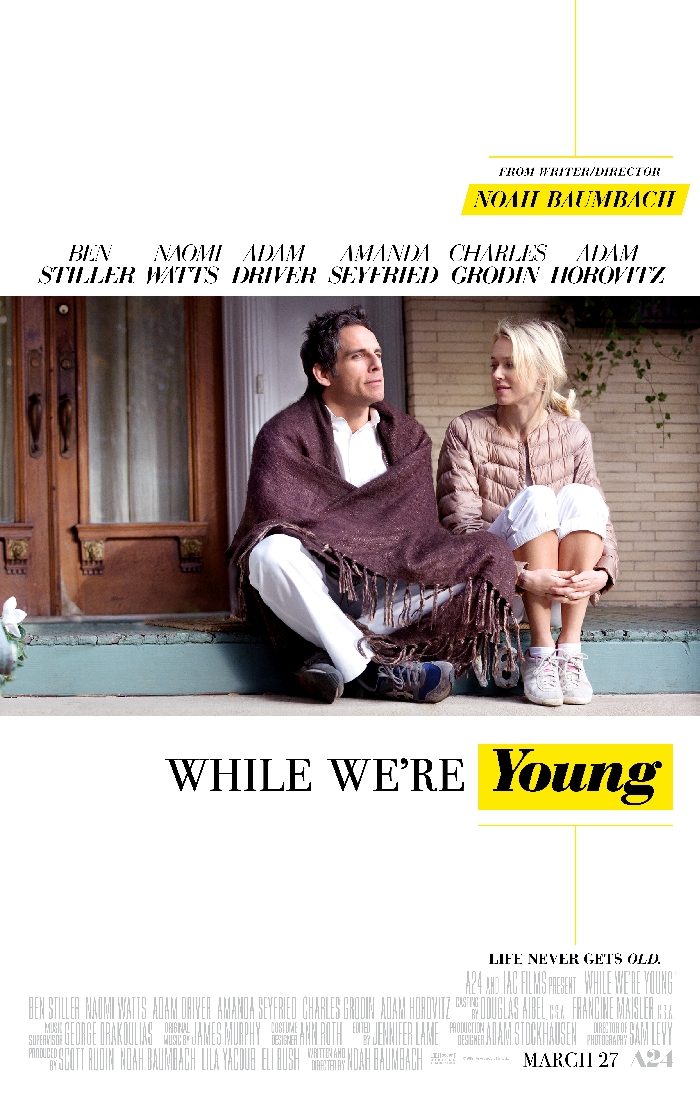 A film written and directed by Noah Baumbach

Noah Baumbach’s exploration of aging, ambition and success stars Stiller and Watts as a middle-aged couple whose career and marriage are overturned when a disarming young couple (Driver and Seyfried) enters their lives. The film also stars Charles Grodin, Maria Dizzia, Adam Horovitz and Ryan Serhant.