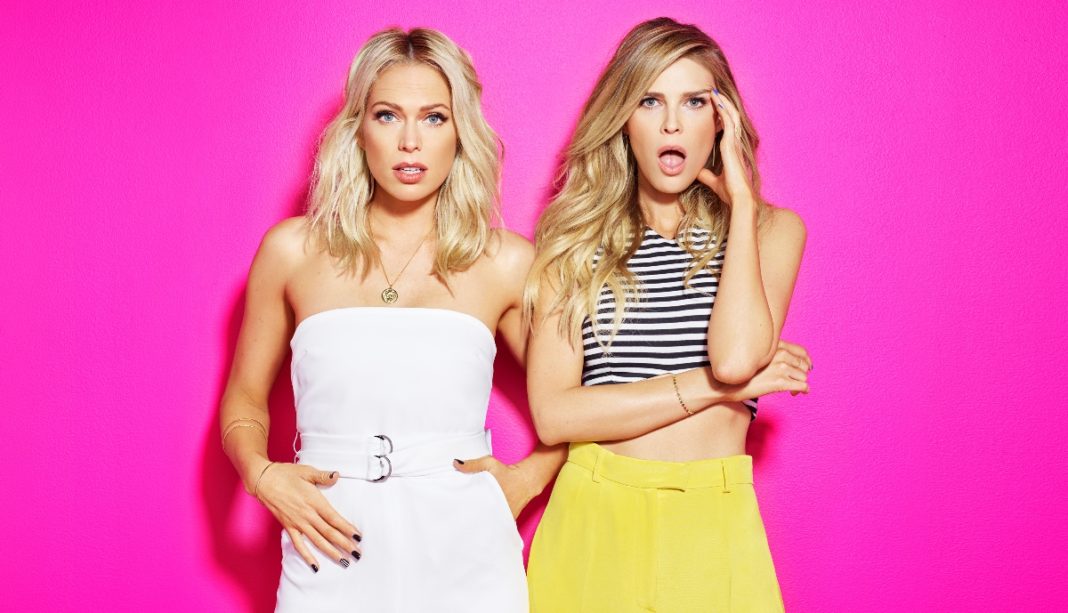 On March 18th, VH1 is bringing you Erin and Sara Foster‘s Barely Famous, a mocku-docu-something-reality show about two sisters who definitely do not want to be on a reality show.

Take a look at the supertrailer below, and get a feel for not only the harsh look at reality shows you’ll be getting, but also several of the guest stars who will be appearing on the show.

It’s not that this general idea hasn’t come our way before, including in the form of shows like Burning Love, but I don’t think we’ve had quite as blunt an effort that specifically took on the “We’re just famous,” sub-genre.

Potentially, this one could be hilarious, and I’ll let you know a little closer to the air date, but let me know what you think about the idea. 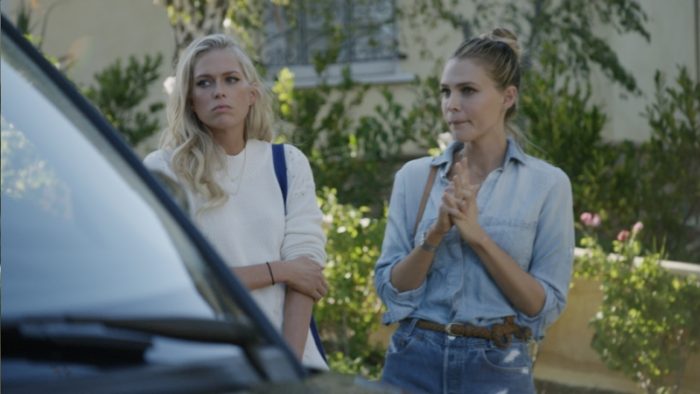 In “ Barely Famous,” Erin and Sara portray sisters who navigate the treacherous LA waters of career and dating, all while trying to maintain their picture perfect image. The series highlights the most obvious and outlandish conventions of reality TV by centering around two sisters who say they would never do a reality show, but are being filmed by a camera crew. The sisters are followed through their awkward celebrity encounters and efforts to book their next big gig and when things go horribly wrong – as they tend to do – the ladies prove that living the Hollywood lifestyle isn’t easy, even if you’re born into it.

Erin and Sara state, “When we sat down to come up with the concept and story behind ‘Barely Famous,’ we kept referring to shows like ‘The Larry Sanders Show,’ ‘Extras’ and ‘The Comeback’ as influences.  By design, the show pokes fun at the reality show genre as we play these stereotypical, delusional sisters who find themselves shooting a reality show, while also refusing to admit it to their friends. We felt that this was ripe territory for comedy and we are so grateful to VH1 for being open to showcasing something different to their dedicated viewers and giving us a platform to bring our show to life.”

“‘Barely Famous’ offers a tongue-in-cheek perspective on reality TV and life in the LA fast lane, two worlds our viewers are passionate about,” said Susan Levison, EVP of Original Programming and Production for VH1. “We’re thrilled to have Erin and Sara leading the charge into this type of comedy-forward programming.”

Erin is a comedy writer and performer who has written for NBC’s “The New Normal” and acted on several shows including “The O.C.” and “Reno 911!”  Currently, she is writing for a feature film for Universal Pictures.

Sara is an actress, likely best known for her recurring role on “90210,” has also appeared on “Entourage” and in several films, including D.E.B.S. and The Big Bounce.