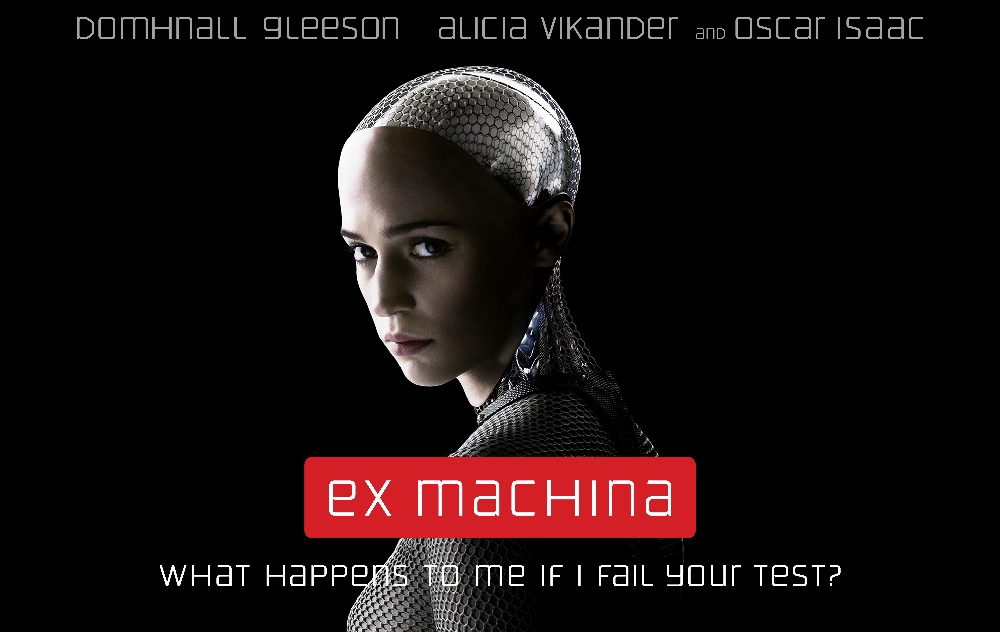 Ex Machina is hitting on April 10th, with its North American premiere right around the corner at SXSW on March 14th, and the brilliant-looking mind-bender has released a poster designed to make you slightly uncomfortable.

With basically a three-person cast, and a great choice of those three people, Ex Machina plays out the ultimate Turing test, as a young programmer has to decide if an A.I. passes as human… or something.

Check out the poster below, stay tuned for a new look at the film hitting tomorrow, and mark your calendar. 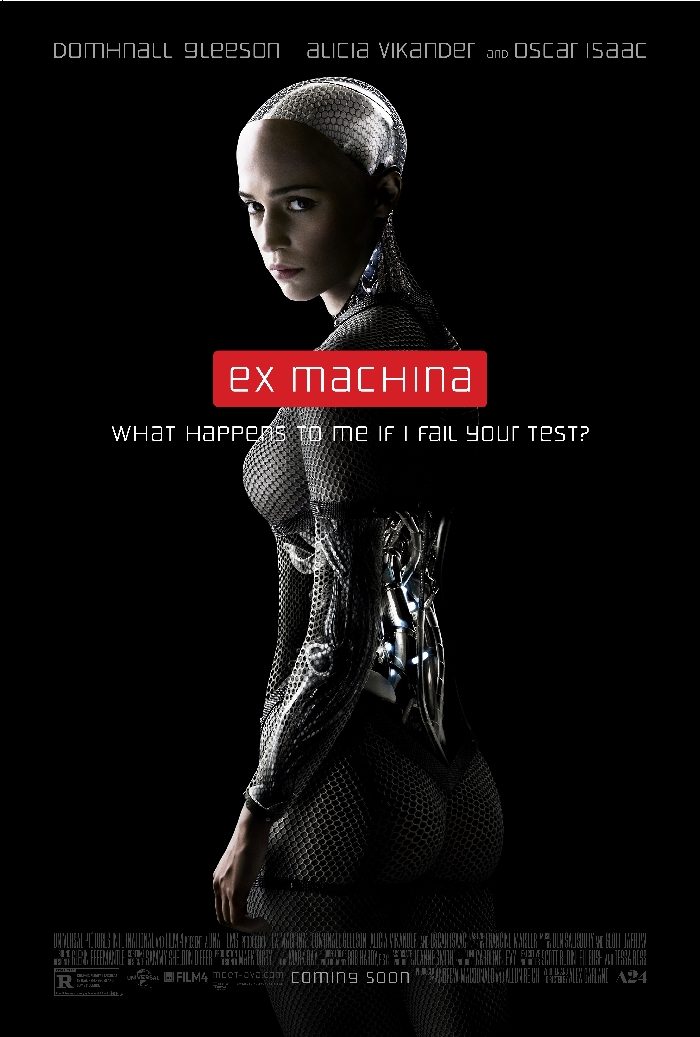 Written and Directed by Alex Garland

Alex Garland, writer of 28 Days Later and Sunshine, makes his directorial debut with the stylish and cerebral thriller, EX MACHINA. Caleb Smith (Domhnall Gleeson), a programmer at an internet-search giant, wins a competition to spend a week at the private mountain estate of the company’s brilliant and reclusive CEO, Nathan Bateman (Oscar Isaac).

Upon his arrival, Caleb learns that Nathan has chosen him to be the human component in a Turing Test—charging him with evaluating the capabilities, and ultimately the consciousness, of Nathan’s latest experiment in artificial intelligence. That experiment is Ava (Alicia Vikander), a breathtaking A.I. whose emotional intelligence proves more sophisticated––and more deceptive––than the two men could have imagined.