Based on the memoir by Cheryl Strayed, Wild follows along as Strayed (Reese Witherspoon) suddenly decides to hike the Pacific Crest Trail, more than a thousand miles of rough territory, all by herself. 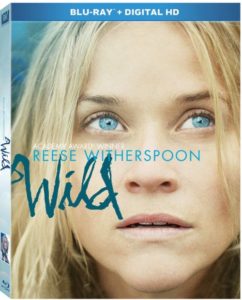 The intensely personal story is well-suited to Witherspoon, and gets a lot of its power by way of director Jean-Marc Vallée and his ability to frame a scene, and work a conversation to its best emotional effect, in much the way he managed in Dallas Buyers Club‘s more subdued scenes.

The film is about as straight-forward, and difficult to relate, as Eat Pray Love. In this case, Strayed adds a level of difficulty, and perhaps stupidity, to her journey by tackling something she isn’t prepared for, but the “life-altering journey” is the same.

The film kicks off on the middle of the road, and then dances through various pasts – on the trail, through the drug use and failed marriage, and the childhood that led to all of it. Strayed, a person who is perhaps as much addicted to turbulence as she ever was to drugs, is apparently attempting a kind of crucible of solitary experience. She isn’t sure why she’s on this trek, and certainly isn’t sure what she expects to come from it, but she is at least somewhat comfortable with the idea that where she’s going has nothing to do with trails and wilderness.

Not having read the book, and having to rely on what Nick Hornby’s filter applies to it as screenwriter, the overall effort is a dangerous mix even in theory. It’s a character that isn’t asking to be liked, hasn’t decided if she likes herself (or wants to), and yet the audience has to stare as intently at her, as the “process” demands that she stare at herself. That’s the sort of thing that can easily go wrong, and if you aren’t immediately drawn to Witherspoon’s effort, you’re in for a rough ride.

For many, this will be the sort of soulful, yet largely “realistic,” journey that will make for an intensely relatable ride. It isn’t just that we’re watching someone struggle through tearing themselves apart, but that she is so engaging in her self-destructiveness, which sounds more odd than how it actually plays out. She can’t get over herself, or out of her own way, and even if it doesn’t always manifest in the most appealing ways, most of us have been there. 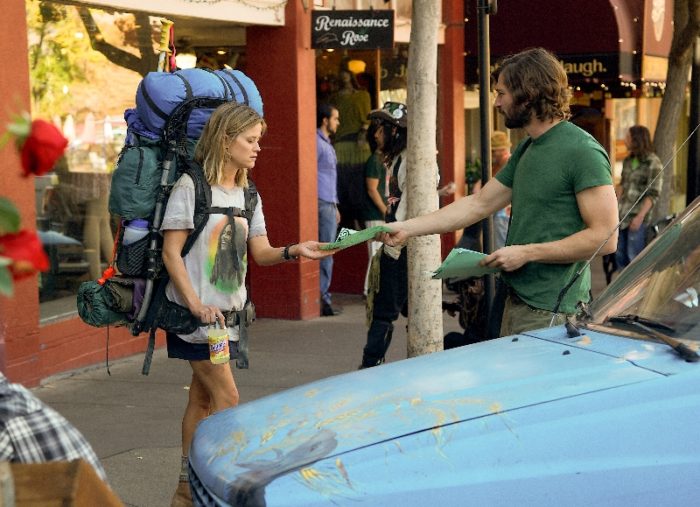 The film’s best and worst feature, depending on how you respond to it, is that it flows true to the form of the undertaking, which is rather in contrast to what audiences are used to. It creates a quality to the tale that draws in viewers, but might repulse some as well. Just as there is perhaps no real rhyme or reason to the order in which our ghosts decide to haunt us, the film lays into whatever part of the past happens to pop into Strayed’s mind.

In the end, the movie probably exists on a level too similar to its subject matter. You get out of it what you’re willing to put into it, and you need a certain frame of mind, and reference, to have any chance with it in the first place. To some extent, that’s a requirement a film ought to be allowed to make, but it can also be a serious detriment when it comes to a film’s ability to deliver, and at some point indicates a level of delusion of grandeur.

The Blu-Ray release is loaded with extras that actually add value for most fans. While it has some easy write-offs, like promotional featurettes, and deleted scenes, there are also a lot of wins, even for those who aren’t completely sold on the film.

A location featurette that highlights the trail is amazing, and goes along well with an Interactive Map that details the route in timeline form, and has hotpoints to parts of the film.

Best of all, a commentary track with the director is among the most interesting of such efforts you’re likely to find. Jean-Marc Vallée falls in love with his characters, and it shows in the commentary track, which further explores not just Strayed, but the character that is the trail.

You also get a selection of other featurettes, like a thorough examination of the bizarrely large backpack Strayed has on her journey, and a featurette that take another look at the woman herself.

Put it all together, and fans are getting their money’s worth here, and there’s a good variety of points being showcased.

Sign up for our weekly newsletter and get a chance to win your very own Blu-Ray copy of Wild as one of our special “Subscriber Only” giveaways this weekend!

From the director of Dallas Buyers Club (Jean-Marc Vallée), WILD recounts the reckless behavior of Cheryl Strayed (Witherspoon), who makes a rash decision to embark on a challenging trek across the Pacific Crest Trail. With absolutely no experience, she sets out to hike more than a thousand miles all on her own — in what becomes an unforgettable journey of transformation and redemption that strengthens and ultimately heals her.

The WILD Blu-ray ™ and DVD are packed with behind-the-scenes featurettes, an interactive trail map, audio commentary and deleted scenes, all designed to take audiences deeper into Nick Hornby’s adaptation of Strayed’s first-person memoir, “Wild: From Lost to Found on the Pacific Crest Trail,” which recounts her hike along the PCT, which stretches from Mexico to Canada.

The release also includes a chance for fans to go behind-the-scenes in “The Real Location Is The Best Location,” which delves into the authentic shooting process at the Pacific Crest Trail – the actual location where Cheryl Strayed began her journey. In “The Real Cheryl Strayed,” audiences can learn about the woman who inspired it all. Book and movie fans will also receive a touching story extension in a collectible booklet from author Cheryl Strayed when they purchase the movie on Blu-ray ™.