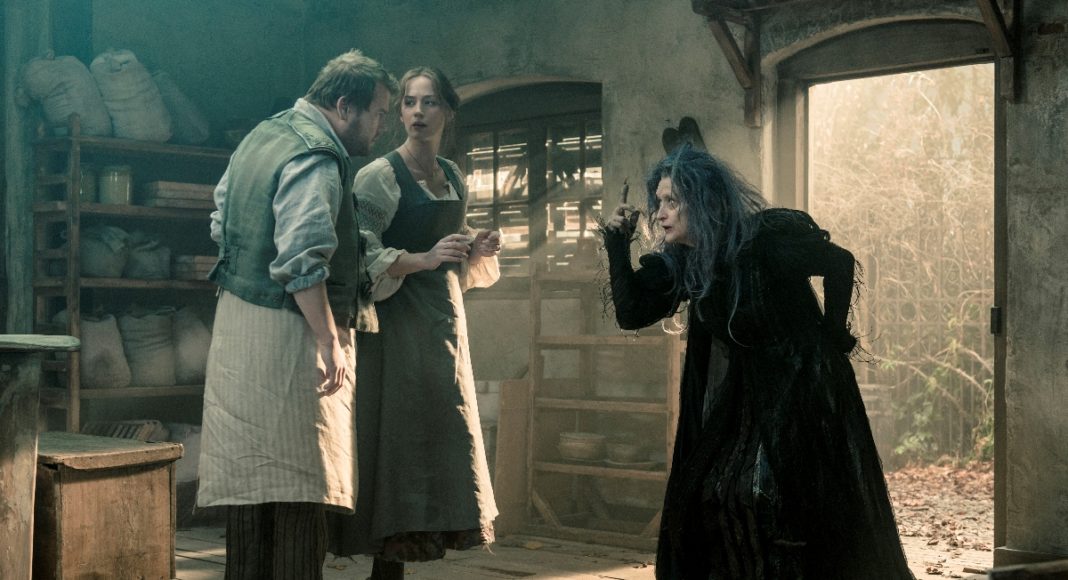 Into The Woods Blu-Ray Review 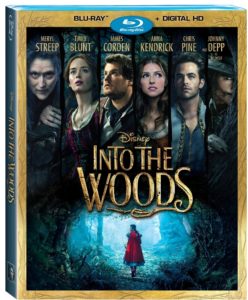 Disney‘s Into the Woods was as surprising as it was entertaining. Viewers probably should have expected something that was going to work from Disney, but translations from the stage are tricky. Worse, the idea may sound rather odd for the uninitiated. We may have heard a few of these actors do some singing, but this one is loaded with names we aren’t familiar with when it comes to their vocal ability. Plus, going in, it’s difficult to nail down exactly what this thing is about.

Then you watch it, and even if you had high expectations, it’s hard not to be blown away by the fun and magic that comes your way.

Anna Kendrick, Emily Blunt, and especially James Corden, steal the movie, which is a pretty impressive job considering the rest of the cast.

The release is loaded, as you’d expect from Disney, and there are some very special treats for anyone who enjoyed the film.

First, you get another song, “She’ll Be Back,” which was written for the movie by Stephen Sondheim and James Lapine. It’s another song for Meryl Streep, and centers on the relationship with Rapunzel.

You also get a selection of behind-the-scenes featurettes, starting with There’s Something About The Woods, which goes a little beyond the average look at creating a setting. Director Rob Marshall and the team give an in-depth look at how the woods were created, how they were shot, and give insights into the theory of the connection to the story, and how they worked to make everything fit.

As if that weren’t enough, you also get a four-part featurette that goes Deeper Into The Woods, focusing on specific elements of making the character that is the woods. From the stage to screen translation, to the costumes, and “magic” of the woods.

Another featurette, The Cast As Good As Gold, is the kind of bonus that most people might write off when they just see it on a list, but is actually well worth checking out. The cast discuss their characters, how they approached them, and their connection with the story. In most releases, you’d be right to consider this bonus padding, as they are often just an excuse for the stars to talk about how great the movie is, but this one is different. There’s a more serious depth to the discussion, and it’s interesting to see the stars go into the details of how they approached their role.

You also get a commentary track with Rob Marshall and producer John DeLuca. If you’re in love with the film, you’re going to watch this at least once, and you’re going to have a good time with it. It is a little heavy on the anecdote, as opposed to true movie/story insights, but it isn’t nearly as bad as some.

To top things off, there is a Music & Lyrics feature which gives you quick links to the song segments with optional sing-along lyrics. Plus, the release has 5 Golden Eggs, Easter Eggs with additional behind-the-scenes bites.

Overall, this is a true must-own release. The video on the Blu-Ray is incredible. In fact, this is one of those releases that, if you have the right system, and a large enough screen, it’s practically too good. Considering that the set of the woods occasionally looks a little stagy at the best of times, a seriously high quality look at it could be a little much for some.

The songs, the story, and the great acting all make this one a film to own, and the bonuses are very cool. The one drawback is that it could have been even better with a couple of bonuses especially for younger audiences.

Into the Woods Concept Art