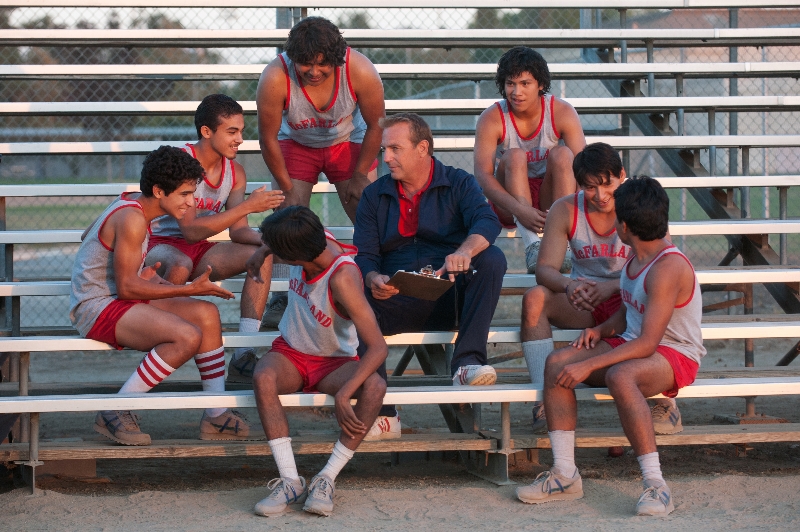 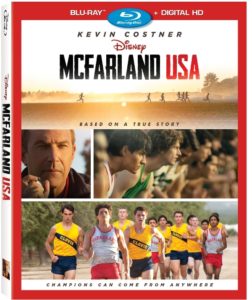 Disney has its hands full keeping a wide range of genres spinning out films, but a growing concern of the company’s film movement seems to be looking back toward what has worked well before, and perhaps honoring Walt’s own efforts. Tomorrowland clearly made its statements, both oddly literal and thematic, about the past promise of the name Disney, and McFarland USA also reminds of a different era of film and franchise.

True stories always add another level to tales of underdogs and/or simply believing in yourself, and in this case we find ourselves in McFarland, CA with coach Jim White. Our opening seems like we have perhaps softened the blow of White’s fall from grace, as the High School football coach finds himself losing job after job for reasons which are explained away a little too quickly. We see him throw a shoe early on, and the scene has a few too many rainbows around. Taking the only job he can find, at McFarland High, as an assistant coach this time, he quickly falls afoul of the head coach, but for reasons that feel awfully fictionalized. The slick recoloring of “everyone’s a jerk, except the guy who keeps getting fired for fighting,” is something you’re glad Kevin Costner is there to sell.

The biography wash is easy to forgive, as are many of the film’s initial moments portraying the poor, largely hispanic town in broad, simplistic strokes.

Once the film settles into its story, finally abandoning the overbuilt backstory, it develops well, and even if some moments are rather cliche, it knows when to keep moving.

White, apparently desperate to coach something, realizes that though the school has a football team, what it has in terms of actual talent is a cross country team. The kids in his P.E. class get up at dawn to work the fields with their parents, go to school all day, and then go back to the fields until dark, and most of the time between is spent running. 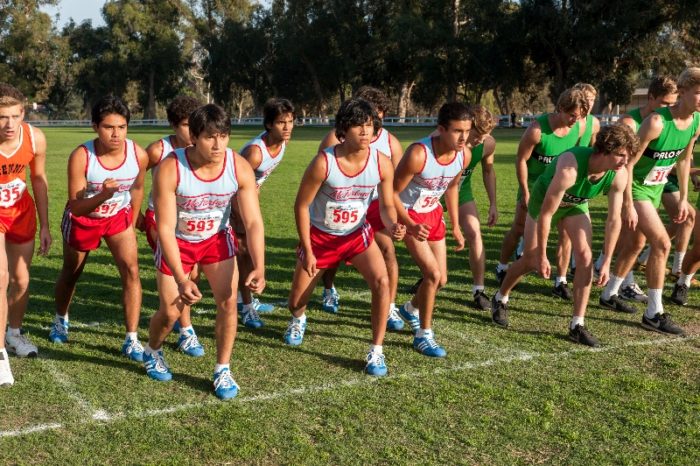 The film moves back and forth between the lives of the runners, and White himself, who tries to convince himself that his wife (Maria Bello) and daughters are in a place that he shouldn’t feel guilty about after all the problems that have led them there.

In a fashion that, as I mentioned, reminds of an earlier era of Disney film, McFarland USA takes us on a familiar journey through sports film struggle. This one urges an appreciation for class struggle as well, which fits well with 1987 cross country.

While Costner is the driving force here, he is at the mercy of his runners, which is an interesting parallel to the real story. Luckily, his supporting cast helps carry the emotional weight the film is after, and they deliver well. The update and energy come by way of the struggle that has nothing to do with sport, though it overlaps in the lack of footwear, and the sell of their status is the film’s most believable effort.

Best, the team doesn’t exactly win, despite how impressed White is with their raw talent in the beginning. They aren’t actually that good, and they never get that much better. We don’t get a lot of technical advice that improves their performance, because what they really needed, they already had. Sure, they needed someone to believe in them, and help them… maybe, and that’s the subject of most similar movies, but this one has something a little different to say about what happens you keep going.

The Blu-Ray is unfortunately limited in the bonus offerings, and while the special features are worthwhile, they don’t add up to much.

You get a music video, “Juntos” by Juanes, and a few deleted and extended scenes.

Beyond that you get two featurettes, neither of which are very long. McFarland Reflections and Inspiring McFarland both give some more of the real story, including how the real story has slightly changed because of the film. Combined they are around fifteen minutes, which means they are worth the time, because they don’t take a lot of commitment. Fans will appreciate them, but they may leave you wanting more.

In the tradition of Disney sports movies comes “McFarland, USA” based on a true story of underdogs triumphing over tremendous obstacles. This heartwarming drama follows novice runners who strive to build a cross-country team under Coach Jim White (Kevin Costner) in their predominantly Latino high school. Everyone has a lot to learn about each other, but when Coach realizes the boys’ exceptional running ability, things change. Beyond their talent, it’s the power of family, commitment to each other and work ethic that transform them into champions — helping them achieve their own American dream.

When you've got a sit-com that lays itself out as straightforwardly as Bob Hearts Abishola, it's refreshing to find yourself invested in...
Read more
Newsline

Netflix wants to know if "family adventure" can be upgraded, especially since the genre never managed much in the first place. It looks like it can, but it's a genre that can't expand its demographic very far.
Read more