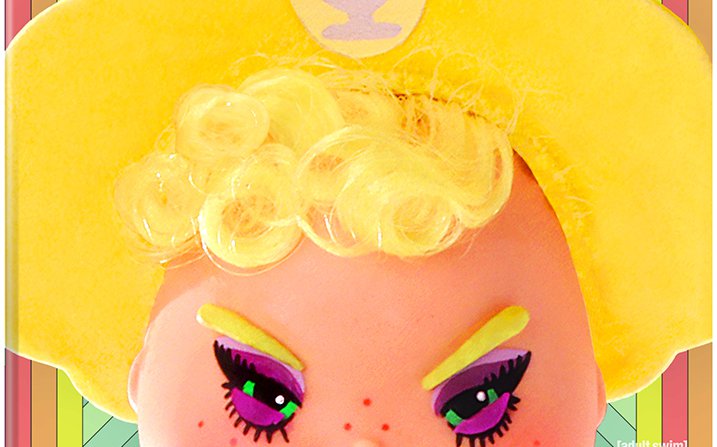 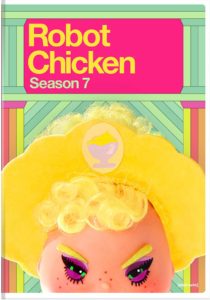 Robot Chicken exists in a very unique world, and the release of the seventh season on DVD hasn’t really changed anything.

As time has gone on, the show created by Seth Green, Matthew Senreich, and Mike Fasolo, has clearly developed a distinct voice, but it has undergone changes as well. Certain sketches during the seventh season showcase a bit more style, and a more mature sense of how to get the comedy to deliver. That may sound a little highbrow for what is ultimately a completely ridiculous show that often features such things as the antics of Santa Claus as you’ve never seen him before, but it’s true.

Green, just to pick on him, is a clever guy, and one who knows comedy, but he’s also a guy who has been around the block a few more times since the show started. Where the show used to beat jokes to death almost as its shtick, thus remanding itself to a realm where most of its audience was better off drunk, that’s a rare thing now that we’re in the seventh season.

The show has grown up in other ways as well. It isn’t just the realm of toys from the ’80s in bizarre, stop-motion escapades like two stoned college students acting out the ridiculous things they always wanted G. I. Joe to say (although it’s still mostly that). Now there are recurring characters, impressive guest voices, and (gasp) actual storylines. Katee Sackhoff returns as Bitch Puddin’, and gets her own episode, Seth MacFarlane plays Santa, etc.

Possibly the best thing to say about the seventh season is that the show is a lot more consistent. The show used to run like the earliest years of Monty Python, which is to say that finding one skit hilarious did not mean anything when it came to the next one. The show is  more stable now, probably due to an overabundance of time and ideas, which means things can get cut. A few still fall a bit flat, and there is the occasional note that feels like fan service, but overall the show pays a lot more attention to working on comedy, as opposed to just throwing things out because they’re outrageous.

If you are a fan of the show, the DVD is a must. The commentary tracks alone are easily worth the price, because they’re at least as funny as the episodes themselves.

You also get a nice mix of deleted scenes, some behind-the-scenes bites that show how they put the episodes together, and some interviews. Normally, this would just be standard fare on a TV release, but it’s all far more interesting here. How this crew puts this zany nonsense together is something worth watching.

Robot Chicken Favorites From The Room