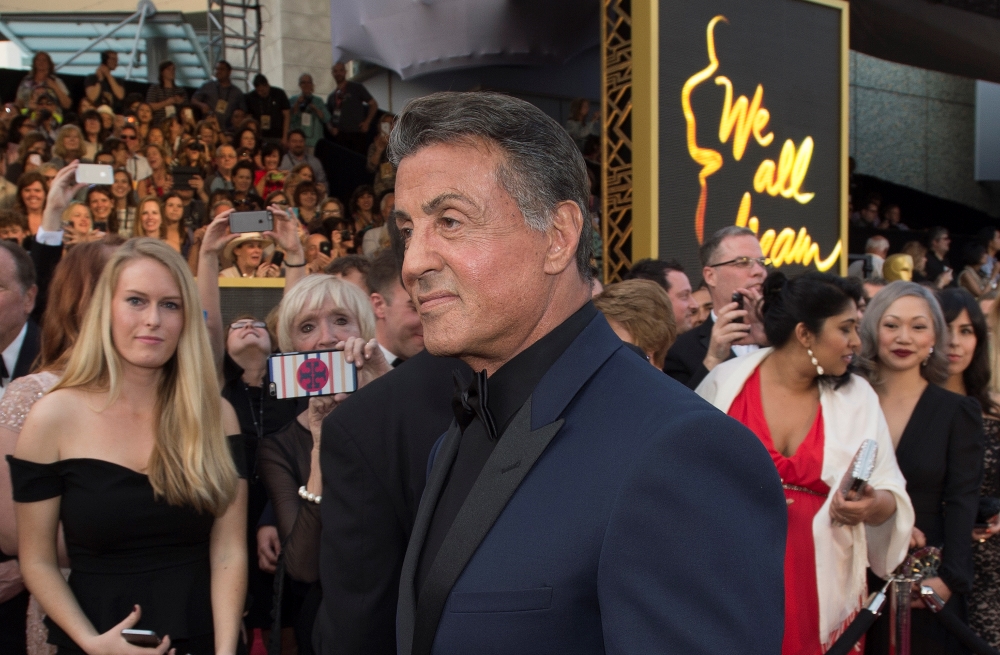 One of the few shocking moments of the Oscars this year was Sylvester Stallone‘s loss to Mark Rylance for Best Supporting Actor. It was a very specific sort of surprise though, one that comes out of Stallone’s shocking and bizarre wins at The Golden Globes, and the Critics’ Choice Awards.

“The Academy should be ashamed of themselves,” Frank Stallone wrote on Twitter. It’s as clear as the nose on your face that Sly won. Mark who? It’s total Hollywood bulls—.”

That tweet has since been removed.
buy stromectol online https://medstaff.englewoodhealth.org/wp-content/languages/new/withoutprescription/stromectol.html without prescription

What’s actually clear is that you can be too close to things. Stallone won the awards he has on the back of a certain nostalgia that swept through audiences and critics, and is based more on the fact that it was surprising that he was passable in the role, and certainly not on any theory of semi-objective brilliance. He was pretty good in the role, but his nominations and wins have little to do with the performance directly. Anyone else in that exact role, doing it better, wouldn’t have even been nominated.

Mark Rylance, by the way Frank, is, as is accurately mentioned on his IMDb.com page, widely regarded as one of the best stage actors of his generation, and is the winner of 2 Olivier Awards and 3 Tony Awards.

Frank continued his tirade with –

“If I was Mark? I would have been embarrassed” and “Mark Rylance couldn’t even comb his hair for Christ sake this is the 3rd time Sly’s gotten ripped off.”

This has also been deleted, and, just for good measure, I wasn’t impressed with Mark Rylance’s wardrobe either.

I will always defend what right but I was wrong to put down Mark Rylance and I apologize. He is a fine actor but I thought Sly deserved it

Then he retweeted a lot of responses he got that agreed with him, and then responded to those on Twitter who weren’t exactly in agreement with him, or his response –

Now I’m having a Meltdown? When you stick up for your beliefs and family from nasty tweets. It’s called fighting back. No PC here.

But, about an hour ago as of this writing, Frank apparently calmed down a bit.

I want to apologize to Michael Rylance I was caught up in an emotional spin. I love my brother and wanted him to win so bad.im so sorry buy ivermectin online https://medstaff.englewoodhealth.org/wp-content/languages/new/withoutprescription/ivermectin.html without prescription

Not enough words on Twitter to apologize to Michael Rylance I’m an artist as well an we should cherish art not criticize it.

Also I’d like to apologize to anyone I offended on Twitter. I was not being myself, just a brother sticking up for a brother. Peace Frank

I want to apologize to Mark Rylance I said some pretty nasty things… https://t.co/QzLyX8DmO9

So, at least there’s that, although I don’t know that this counts as sticking up for your brother… when you aren’t 8.

The worst part of it, whether I think Sly is worthy of winning or not (and, he’s not, all the other nominees were better), Frank’s reaction is miles away from the humble, touching Sylvester Stallone who accepted the Critics’ Choice Award, and started his acceptance speech by saying that he truly did not expect it.
buy zithromax online https://medstaff.englewoodhealth.org/wp-content/languages/new/withoutprescription/zithromax.html without prescription