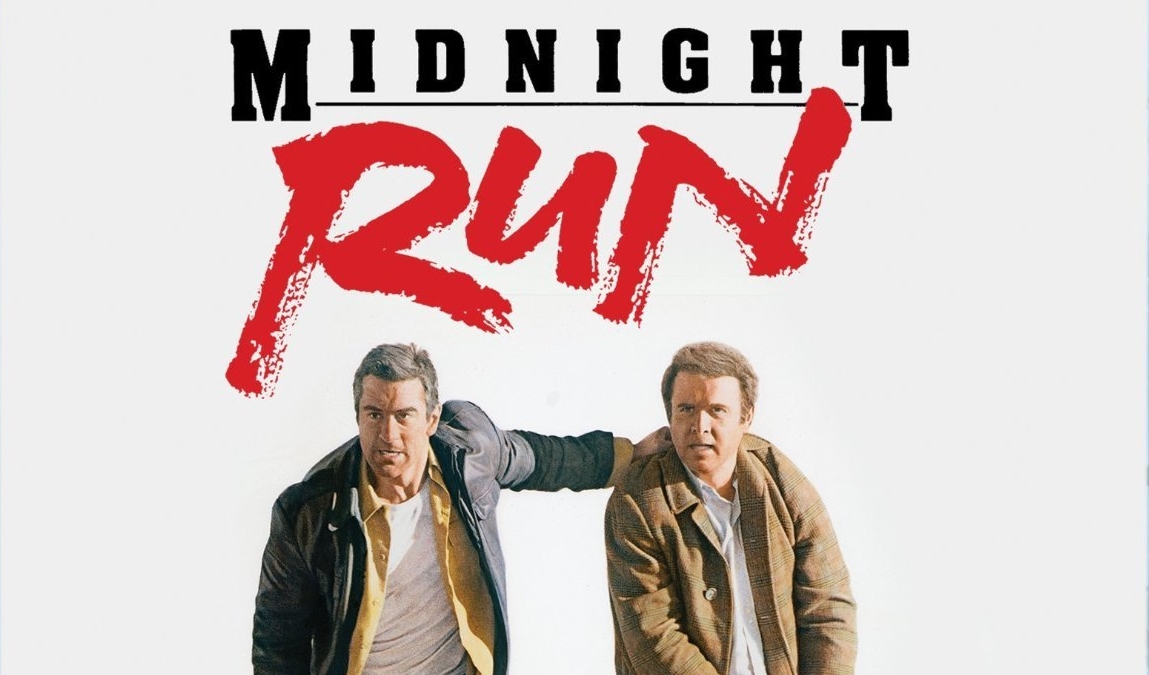 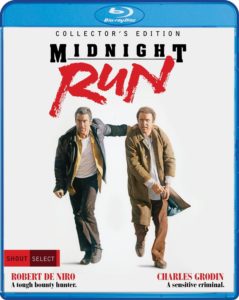 Midnight Run is one of those rare movies that doesn’t exactly take the world by storm upon release, but still manages to influence the film world, and becomes a must-see classic.

It’s hard to believe that it was 1988 when the ‘buddy cop’ and ‘road trip’ genres got this refreshing revitalization, but the film holds up exceptionally well. It may have a few oddities for the latest generation, but nothing actually problematic, and the humor is timeless. It may have a slightly “awkwardly-80s” feel to it, but with minor adjustments it might have been made today.

De Niro’s effort here telegraphed a lot of the choices he made over the rest of his career, trying even almost 30 years ago to stay out of the pigeonhole. Meanwhile, Grodin has possibly his best role, and one that works so well with his ability to jump from deadpan to outlandish, and make it believable.

For the uninitiated, Jack Walsh (De Niro) is bounty hunter who signs on to transport The Duke (Grodin), a mob accountant who made off with a lot of their money, donated it to charity, and then jumped bail. This should be the easiest money a bounty hunter can make, hence the title, but things keep going wrong, and Walsh soon finds that this is the worst job he’s ever had.

From run-ins with a variety of characters, to The Duke’s inability to fly, and a fall into a river, Walsh may never get home himself, much less deliver The Duke.

The best part of the film, which, as I said, is still hilarious, is the oddity of having such a strange “criminal” to return, coupled with De Niro having to deal with him. If only The Duke would just act like a normal criminal, he’d know how to deal with him.

The release is absolutely one well-worth owning, but the truth is that it doesn’t actually add a lot of new bonuses. That wouldn’t be the worst thing for a new release, but there aren’t that many legacy bonuses either. The only brand new offering is an interview with Robert De Niro, which is actually a great feature, as he looks back at the effort with an obviously new perspective. Beyond the simple interest of having one of the best actors ever look back at his work, De Niro is, as is apparent in many such features from other works, very easy-going when it comes to these things, and it’s an interview that is very open.

Beyond this, the release has a great Making Of Featurette, it just isn’t new. Considering when this was put together, it’s one of the better efforts you’ll find for a movie from this long ago. You also get several interviews with the cast, one with the writer, and the theatrical trailer. These are all great, and add a lot of value for fans of the film, they just aren’t new either. The one with Joe Pantoliano is especially cool.

Overall, this is a great release, though serious fans might hope for a bit more new material.

Below check out a playlist of clips from the film, and get all the information on the release, which is part of a new effort called Shout Select, which will be bringing you new releases of several classic films.

As one of the first releases in their anticipated new line of films called Shout Select, Shout! Factory will release Midnight Run on Blu-ray on August 23, 2016. The release includes a full slate of bonus features – several interviews including a NEW interview with Robert De Niro, and a vintage making-of featurette.

Jack Walsh (Robert De Niro) is a tough ex-cop turned bounty hunter. Jonathan “The Duke” Mardukas (Charles Grodin) is a sensitive accountant who embezzled $15 million from the mob, gave it to charity and then jumped bail. Jack’s in for a cool $100,000 if he can deliver The Duke from New York to L.A. on time… and alive. Sounds like just another Midnight Run (a piece of cake in bounty hunter slang), but it turns into a cross-country chase. The FBI wants The Duke to testify. The Mob wants him for revenge and Walsh wants him to just shut up. If someone else doesn’t do the job, the two unlikely partners may end up killing each other in this hilarious, action-filled ride from producer-director Martin Brest (Beverly Hills Cop).

Shout Select endeavors to shine a light on films that deserve a spot on your shelf. Debuting this August, Shout Select boasts an exciting slate of fan-favorite releases making their Blu-ray debuts.  Titles include the pulp sci-fi rom- com classic The Adventures of Buckaroo Banzai Across The 8th Dimension, the time traveling Bill & Ted’s Most Excellent Collection, John Carpenter’s Emmy Award® -nominated biopic Elvis, and the rowdy action-thriller Road House. Each title will be presented in anamorphic widescreen, and when possible will be released as a Collector’s Edition, with new bonus content, archival materials, collectible cover artwork, and more.