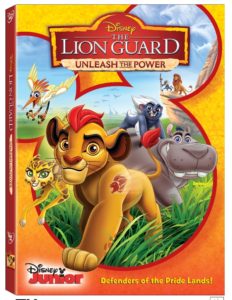 The Lion Guard is a somewhat surprisingly good show airing on Disney Junior, and the story of Kion and his friends continues with a new DVD release The Lion Guard: Unleash the Power.

The release is the first collection of episodes available on DVD, and it’s not only a good selection because these are episodes that focus on the individual members of the Guard, but because these are some of the series’ most rewatchable efforts.

The show is not just a fun adventure for kids, but the series takes on a broad range within its episodic content, tackling some tricky issues, without actually decoding its own efforts and bogging down in overt explanation.

For example, the episode Fuli’s New Family spans a variety of issues, but chief among them is an examination of the idea that just because doing something seems objectively “right,” or, “how friends act,” doesn’t mean that it makes sense in every circumstance. That’s a complicated bit of maneuvering for a kid’s show, and one that wonderfully hopes to shift focus to openly understanding others’ needs. 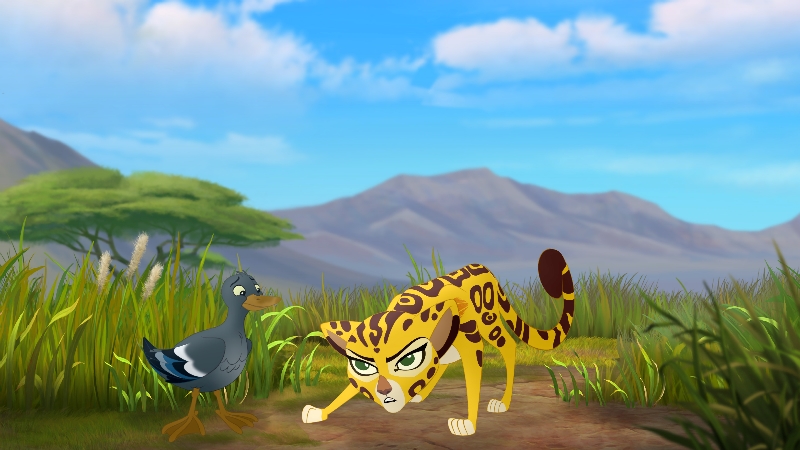 Still, while the episodes are fairly lesson-oriented, they’re also a blast and pull kids in just as you’d expect from anything from Disney.

You also get an origin story for Bunga, the honey badger, and the collection rounds out Never Judge a Hyena by It’s Spots, which finds Kion rescued by a hyena, something of a big step for the series and the general lore.

A deserved hit, the show balances a lot of elements in every episode and is probably one of the best shows currently on the air for the age target in terms of avoiding talking down to its audience. It lays things out in terms that assume kids have the ability to figure things out and follow the points and structure of a message, without having to repeatedly highlight and reiterate everything.

The release doesn’t include any bonus features, which would have been a great add, but it does come with a physical bonus, a “Power Necklace” that includes changeable discs featuring the show’s characters.

THE LION GUARD: UNLEASH THE POWER

Join Kion and his friends as they unite to protect the Pride Lands and maintain the Circle of Life. Packed with action, music and over two hours of fun, The Lion Guard: Unleash the Power! proves that when heroes join forces, they are truly a force to be reckoned with.

“The Lion Guard” continues the epic storytelling of Disney’s “The Lion King” and follows the adventures of Kion, the second-born cub of Simba and Nala, and his diverse group of friends – Bunga, a fearless honey badger; Fuli, a confident cheetah; Beshte, a friendly and good-spirited hippo; and Ono, an intellectual egret. Together, Kion and his friends make up the Pride Lands’ fiercest, bravest, fastest, strongest and keenest of sight.

Rob Lowe (“The Grinder”) as Simba; Gabrielle Union (“Being Mary Jane”) as Nala; Max Charles (“The Amazing Spider-Man 2”) as Kion; Joshua Rush (“The Adventures of Puss in Boots”) as Bunga; Dusan Brown (“Blaze and the Monster Machines”) as Beshte; Diamond White (“Sofia the First”) as Fuli; and Atticus Shaffer (“The Middle”) as Ono. Ernie Sabella (“The Lion King”) reprises his role as Pumbaa. 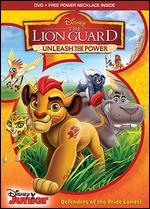