On October 17th, you’re going to get a chance to watch something that’s actually pretty brilliant, undeniably fascinating, when Red Bull TV brings you The Horn.

Providing an up close and personal look at those involved in one of the most unbelievable jobs on the planet, The Horn brings you the team of Air Zermatt, the air rescue team in charge of The Matterhorn and the surrounding area. The trailer will give you a glimpse of what’s coming, and you’ll get to hear one of the crew members tell you that they manage some 70+ rescues per year.

But, this isn’t just a standard documentary effort that takes you along for the ride during actual rescues (though I don’t know what “standard” might mean there anyway), because The Horn also gives you a look at the team, and lets you see these heroes “behind the scenes.”

Take a look at all the info below, and mark your calendar (and set your bookmark) for this one, and share this with everyone you know. This is going to be something special. 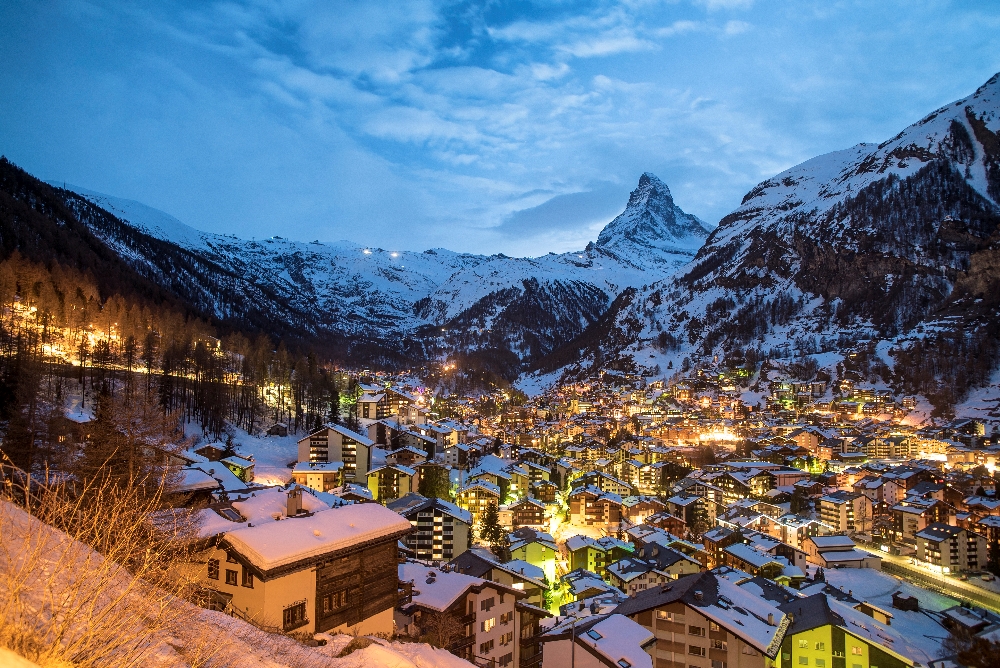 AVAILABLE ON OCT 17, RED BULL TV’S THE HORN TRANSPORTS VIEWERS into the world of one of the most elite air rescue TEAMS

Meet the high-altitude lifesavers: The Horn streams On Demand on Red Bull TV on October 17 at: www.redbull.tv/TheHorn.

Red Bull TV has announced the release of The Horn, a new original series chronicling the serious, life-saving daily work of the world’s best air rescue team, Air Zermatt. Providing a real-life glimpse into the incredible team and their harrowing rescues, The Horn sheds light on the most virtuous aspects of putting your own life at risk when saving others.

Launching On Demand globally on Red Bull TV on October 17, the six-part original docuseries is shot through the first responders’ eyes and set in the shadows of the most treacherous terrain of Switzerland’s Matterhorn mountain. In each heart-pounding episode of this action documentary series, viewers ride side-by-side with the first responders to experience rescues – from a desperately injured man who fell nine stories inside a dark crevasse to a completely immobile ski racer lying hurt on the freezing slopes.

The Matterhorn’s 14,692-foot crag draws the world’s most daring winter sport athletes, as well as families and tourists who can underestimate the danger behind its beauty. The captivating cinematography of the series brings the viewer into the unforgiving mountain and provides unprecedented access to its most inhospitable domains.

Native to the region, the elite rescuers of Air Zermatt know every rock and boulder. They dedicate their careers to helping others, courageously risking their personal safety with a level of caring that elevates the human spirit.  With families of their own, these men are as compassionate as they are skilled, but when standing on the fragile edge of a crevasse or piloting a helicopter through thick mountain fog, they focus squarely on the rescue.

“The Horn was an opportunity to make something beautiful that speaks to the human condition,” commented Red Bull TV Executive Producer Josh Cole. “It isn’t a show just about mountain rescues, but the rescue scenes are catalysts to learn about our characters, turning a helicopter rescue show into a meditation on what it means to be human.”

The pilots, medical team and rescue specialists featured in The Horn include the following heroes:

GEROLD BINER, CEO & PILOT: Gerold’s grandfathers were mountain guides, and he worked up from window cleaner to CEO at Air Zermatt, becoming one of the world’s best helicopter pilots along the way. Gerold has logged over 12,000 rescue flight hours, including missions on Everest. With a love for flight – and for his fellow man – Gerold declares he has “the best job in the world,” and running the business side of Air Zermatt doesn’t stop him from taking on perilous missions.

ROBERT ‘ROBBIE’ ANDENMATTEN: A fifth-generation mountaineer whose father climbed the Matterhorn over 850 times, Robbie has scaled The Horn about 70 times himself. But flight is his true calling (“an eagle, that’s what you want to be”), and he’s fearless. Watch this family man and ace pilot – who has logged more than 4,400 rescue missions over 25 years – push the limits to save lives.

SAM SUMMERMATTER, CHIEF PILOT & FLIGHT OPERATIONS MANAGER: Chief pilot Sam has world-leading skills in flying a helicopter, his dream job ever since watching rescue flights as a child growing up in the region. Today a father with a son of his own, after Sam’s daredevil youth and a life-changing emergency landing, he’s cautious and precise – because “every mistake could be your last.”

PATRICK WENGER, FLIGHT PARAMEDIC: Inspired to become a paramedic by witnessing his brother’s near-death experience, Patrick’s skills are a lifeline in those tense moments on the mountain and in the air before the helicopter reaches the hospital. He rides a motorcycle to work and says he likes the smell of jet fuel, but with patients he’s a gentle giant, full of compassion that also makes him a natural-born mentor to the next generation of flight paramedics.

DOMINIK IMHOF, FLIGHT PARAMEDIC: Talented and passionate, Dominik is a paramedic in training, and he thinks it’s “the perfect job” for him. He has a deep respect for nature, hiking to the backcountry for hunting and outdoor photography when he’s not on duty. Dominik is learning fast from his mentor Patrick, but as one of Air Zermatt’s newest members, will he be able to keep it together in life-or-death situations under extreme conditions on The Horn?

SIMON ANTHAMATTEN, MOUNTAIN GUIDE: One of the world’s best climbers, Simon is the mountain specialist the team trusts for rescues at the limit of what’s possible. He’s a top athlete whose mind adapts quickly to critical situations, and although he’s on call 24/7, he never cracks. With a thirst for adventure, Simon has traveled the globe. Descending 30 meters into “the trap” of a crevasse to save a life is second nature to a man whose greatest passion is exploring the unknown.

The events of the series are the result of unprecedented access to alpine search and rescue operations, as well as to the rescuers’ lives behind the scenes. Advances in technology including the use of GoPro cameras allowed the filmmakers to capture previously unseen views of the mountain, the missions and the real-life heroes, offering a purer form of documentary filmmaking.